More than a hundred people from around the country crammed into a House of Commons committee room named after former Labour prime minister Harold Wilson for the parliamentary launch of Grassroots Black Left (GBL).

They were Sikhs, Hindus, Muslims, Christians, Jews, people of no faith, Africans, Caribbeans, Asians, other people of colour, and their white allies. 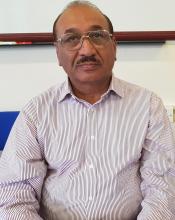 faced suspensions in a witch-hunt against Jeremy Corbyn supporters. But we remain firm in our support of the Labour leader and his progressive politics.”

We believe Jeremy Corbyn and John McDonnell are genuine allies of African, Caribbean and Asian people and they must act to defend our activists who have been under attack.

Hassan added: “The Labour leader is a genuine ally of African, Caribbean and Asian people, so there is no better time for us to organise in the party to advance the cause of our people inside and outside of it for fair representation and anti-racist policies.”

Ahmed’s co-chair Deborah Hobson, a trade union activist, said: “We applaud the struggle of the suffragettes who, through their bravery, won the right for women to vote in Britain 100 years ago. Grassroots Black Left is proud to be in that fine tradition of campaigning for justice for our people, who are under-represented in positions of power in our society.”

Lewis paid tribute to the late MP Bernie Grant who, he said was a Labour Party Black Sections trailblazer, for a Black voice in the party.

He added: “Black Sections weren’t achieved at the time [in the 1980s], but, with Jeremy as leader, I think we are on the cusp of achieving them to advance the interests of black party members. I’ve certainly put in a submission to Labour’s Democracy Review urging the establishment of an annual, policy-making national conference for black Labour party members.” 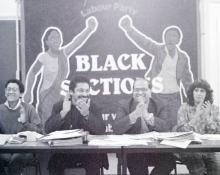 He added: “We want set places on the Labour’s ruling NEC for black members and dedicated staff at Southside [Labour headquarters] working for the same Black section, for Black members of the party. It’s absolutely shambolic that BAME Labour [the current party group for Black members] only has just over 600 members.”

It is estimated Labour has about 100,00 Black members.

Lewis went on: “We need an organised Black voice in the Labour party, which is critical if we are to combat the growing tide of racism that’s been growing in Europe and across the world, including with {President Donald] Trump in America.

We need that voice now to fight the government’s austerity and cuts that disproportionately affect Black people and campaign for economic and social justice.”

He urged Black Labour members to lobby their MPs, get active in their parties and a trade union and stand for office to achieve change. 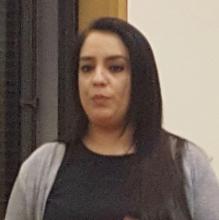 Naz Shah said: “I have the largest Muslim constituency, Bradford West, 51 per cent.  Muslim is the new Black and sometimes I feel very isolated and alone in some of the conversations I have to have around anti-Muslim hatred. So my call out to you comrades is, I need your support.”

She added:  “I’d like to have a conversation about Black politics but also about Islamophobia.  It’s no different to the racism based on colour.  A woman in a hijab has got an 85 per cent less chance of getting a job than one without.  A man is charged a thousand pounds more for car insurance because his name is Mohammed. Muslims have been told to get off the bus like Rosa Parks [the famed American civil rights activist]. That’s Islamophobia.

Naz went on: “We’ve come full circle in terms of the discrimination we face. I’m a Muslim and I’m Black. The political Black movement must come together to fight for equality and fairness.”

Chris Williamson, who resigned from Labour's front bench to spend time connecting with party members and to fight for his fairer community charge system, said: “It’s really important to have people who are prepared to stand up to be counted like Linda Bellos [Black former leader of Lambeth council in the 1980s], one of the giants of the labour movement, who is here tonight.  Martin Luther King once said, it’s always the right time to do the right thing’. It’s absolutely the right time to be launching Grassroots Black Left.”

He added: “One of the ways we could get greater Black and Asian representation would be by giving Labour Party members more opportunities at a grassroots level to determine within each constituency, who they want to stand at the next election. So, I think that one of the ways to get a more representative parliament is to have mandatory reselection [by which party members can replace MPs].” 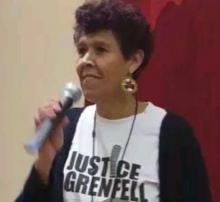 Justice4Grenfell campaigner Moyra Samuels said: “Eight months on [from the tower block fire] our community is facing broken promises, a distrust of authority, 98 households that still haven’t been found a new home. People are exhausted and intensely angry.”

She added: “But people are determined that, given the atrocity of Grenfell, they will fight for justice.”

So delighted were they by the successful launch, Africans for Jeremy Corbyn’s Values and the Leicester branch of the Indian Workers Association affiliated to Grassroots Black Left.

The message from GBL is that we speak on our own behalf, reject tokenism and will pick fighting Black socialists to represent us.

Why Asian mayoral hopeful is being tightlipped about ‘race’