50 things you might not know about US president-elect Obama 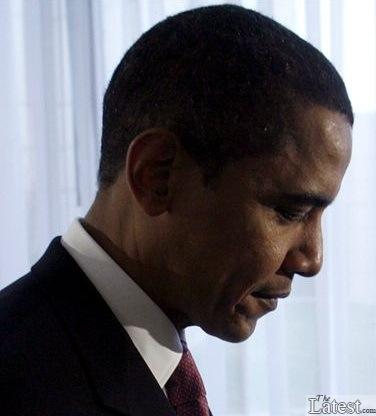 In school he introduced himself as Barry, his idol is Stevie Wonder, he was an excellent basketball player and he received a Grammy in 2006. These are just some of the personal facts to emerge about the current most famous and powerful man in the world, Barack Obama.

• He collects Spider-Man and Conan the Barbarian comics

• His name means "one who is blessed" in Swahili

• He won a Grammy in 2006 for the audio version of his memoir, Dreams From My Father

• He has read every Harry Potter book

• He ate dog meat, snake meat, and roasted grasshopper while living in Indonesia

• He can speak Spanish

• He kept a pet ape called Tata while in Indonesia

• He can bench press an impressive 200lbs

• His favourite book is Moby-Dick by Herman Melville

• He visited Wokingham, Berks, in 1996 for the stag party of his half-sister's fiancÃ©, but left when a stripper arrived

• His desk in his Senate office once belonged to Robert Kennedy

• He applied to appear in a black pin-up calendar while at Harvard but was rejected by the all-female committee.

• He enjoys playing Scrabble and poker

• As a teenager he took drugs including marijuana and cocaine

• His daughters' ambitions are to go to Yale before becoming an actress (Malia, 10) and to sing and dance (Sasha, 7)

• His house in Chicago has four fire places

• He says his worst habit is constantly checking his BlackBerry

• He uses an Apple Mac laptop

• He drives a Ford Escape Hybrid, having ditched his gas-guzzling Chrysler 300

• His favourite fictional television programmes are Mash and The Wire

• He was nicknamed "Bar" by his late grandmother

• His favourite artist is Pablo Picasso

• His speciality as a cook is chilli

• He keeps on his desk a carving of a wooden hand holding an egg, a Kenyan symbol of the fragility of life

• His late father was a senior economist for the Kenyan government