Act now to save the Samoa dolphins 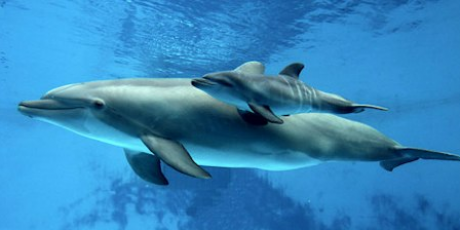 Avaaz.org, the global community activism website, has obtained over 200,000 signatures in support of its campaign to force the release of 25 wild dolphins.

According to Avaaz the pod (of dolphins) was swimming peacefully in Samoa when nets closed in from behind - trapping 25 of them for Resorts World Sentosa as their latest exhibit. The Avaaz statement says:"They are now locked in tiny pens, starved of food - but we can free them." Avaaz believe that a world wide outcry can make the whole resort project a public relations disaster, and secure the dolphins freedom.

The website adds:"For wild dolphins captivity is torture, their powerful sonar bounces off the walls back at them - as if they are trapped in an endless house of mirrors. Most die young from stress induced illness, but some even commit suicide. If the wealthy Resorts World Sentosa succeeds in keeping them captive then half the dolphins will die in the first 2 years - and it will legitimise the widely banned  practice of capturing dolphins in the wild. We can't let that happen - let's use our voices to set them free."

Resorts World Sentosa was forced to abandon plans for a whale shark exhibit two years ago because of the huge outcry that threatened their reputation. Let’s build a massive call now to free these intelligent, beautiful creatures - and make this a turning point in the fight to end the global wild-dolphin trade. When we reach 500,000 our petition will be delivered to Resorts World and the media."