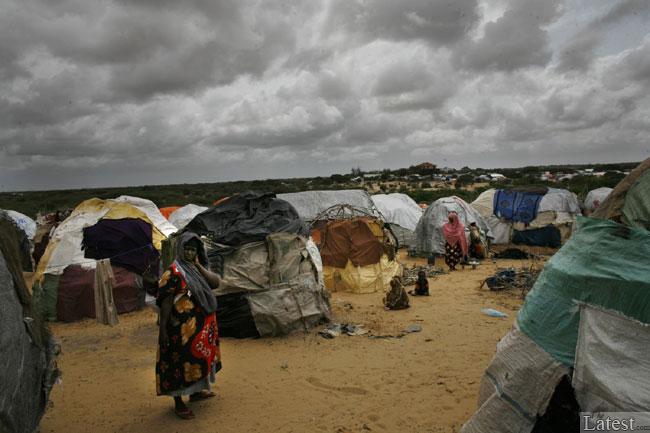 One of the world's biggest humanitarian disasters today is in Somalia. This is despite the fact that, In an unprecedented move five months ago, 52 international NGOs (including Oxfam and the Danish Refugee Council) called for immediate action to avert a colossal crisis.

They reported that almost half of Somalia's population, or 3.25 million people, were in need of emergency aid. This was a 77 per cent increase since the beginning of the year, having increased dramatically over the past year due to the destructive combination of extreme insecurity, drought and record-high food prices.

Fighting in the capital, Mogadishu, had displaced approximately 37,000 civilians from their homes. Over the previous nine months, 870,000 people had fled for their lives while a total of 1.1 million others were currently displaced in Somalia. One in six children under five (approximately 180, 000) were thought to be acutely malnourished in Southern and Central Somalia; 26,000 were severely malnourished needing immediate treatment.

Over the previous 18 months, hyperinflation had led to price increases for food and basic non-food items by up to 1,000 per cent. Among the coping mechanism identified in reports to UNHCR in August was forced prostitution. Thousands were desperately fleeing the country on small boats across the Gulf of Aden to Yemen. Countless numbers never make it. Yet all this has hardly been covered in the UK's corporate media. In mid-November, Somalia suddenly became big in the news: but the focus was placed on the threat to major international oil companies' tankers from Somali-based pirates.

The Times of   November 18 was typical: a double-page spread was devoted to the seizure of a "supertanker" carrying $100m of Saudi oil by Somali pirates. A large, detailed graphic of the Sirius Star highlighted its specifications: tonnage 318 dead weight tones; length 330m; crew size 25 and so on. None of the five stories in the feature package mentioned the famine. Similarly, in the Guardian of the same day, a big double page spread managed to cover the "tanker seizure" story without mentioning the imminent humanitarian disaster. 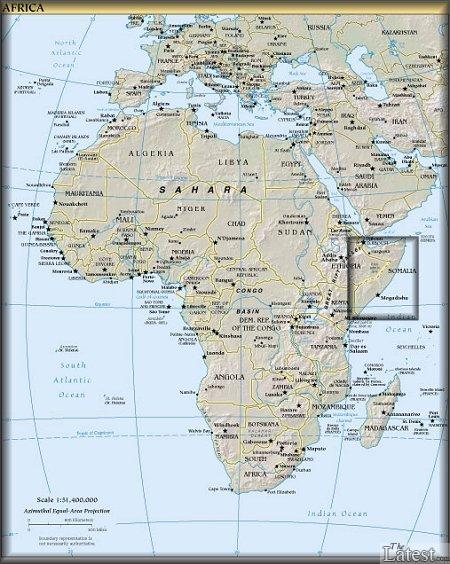 The Daily Telegraph covered the event and described Somalia as a war-torn country "which Western intelligence services have long seen as a safe haven for Islamist terrorist groups": so no mention of the famine. The Sun highlighted the capture of  'two Brits' by the pirates: again no mention of the humanitarian disaster. To his credit, Simon Tisdall, in his column in the Guardian, on 18 November, highlighted the concern of leading nations about safeguarding sea lanes rather than the lives of 3.25 million Somalis.

For media and politicians, he concluded, "chasing cut-throat pirates is sexier than helping starving Somalis". Indeed. More recently, the focus has again turned on the pirates operating off the Somali coast with five vessels seized by gangs in early April. For instance, on April 8, Adam Sage in The Times reported on the pirates capturing a French family who had fled with their three-year-old child from the  "evils of consumer society". On the same day, the Guardian reported the seizure of 20 US crewmen, the  "first Americans captured by pirates in 200 years".

Again  — no mention of the famine in either of these reports. Also missing from the Somalia coverage has been a proper focus on the political origins of the current crisis in Somalia: the disastrous Ethiopian invasion in December 2006  — backed by the United States. James Blitz and Robert Wright, in the Financial Times of November 21, made no mention of the humanitarian crisis and only a token, passing reference to the US support for Ethiopia's 2006 invasion.

On Saturday, November 22, Catherine Phelp in The Times, concentrated on the pirates but reported that the Western-backed government headed by Abdullah Yusuf was also deeply involved in piracy. Phelp did mention, en passant, that the Ethiopian troops were backed by the US in 2006  — but this drew no critical comment. US military intervention in countries across the globe is unproblematic and not worthy of any outrage in The Times's worldview.

Then, on November 23, in the Sunday Times, the narrow economic angle persisted with the report concentrating on security firms spying "new jobs on the high seas". The best coverage came in Peter Beaumont's feature in the Observer of 23 November. He rightly commented: "If what is happening is a disaster, it is a disaster hardly noticed by the world."

He continued: "While the world has focused on the rampant piracy problem afflicting the Gulf of Aden, which saw yet another tanker held for ransom last week, the seizing of ships is only a symptom of a much more terrifying malaise. What it points to is the wholesale failure of a state and the international community's abandonment of the Somalia problem except where it affects its interests in terms of shipping trade and the  "war on terror" for the West and on a more local scale for the regional interests of Ethiopia and Eritrea."

There is also a reference to Somalia's appalling humanitarian crisis  — though it comes buried in paragraph 12: "Forty-three per cent of the country is in dire need of humanitarian assistance, about 3.2 million people at the last count. There are 1.3 million internally displaced, 100,000 of them fleeing the fighting in Mogadishu alone since the beginning of September. Inflation is running at 1,600 per cent. One in six children in southern and central Somalia is acutely malnourished."

But in a separate timeline on Somalia's recent history, the representation of America's imperial aggression in the country, is strangely softened. The US is said to have merely  'encouraged' Ethiopia's invasion of 2006. It did, in fact, far more. For instance, the CIA had earlier backed with weapons and intelligence the grouping of warlords, known as the Alliance for the Restoration of Peace and Counter Terrorism.

This was determined to oust the Islamic Courts Union which, most commentators accept, had managed to bring some desperately needed stability to the country. And then during the actual invasion and for months afterwards, US jets and gunships pounded targets in support of the Ethiopian invaders. How many civilians died in these attacks we will never know. Finally, in December 2008, Ethiopian troops began to withdraw from Somalia after their two-year occupation of the country  — marking a massive defeat for President George Bush's attempts to counter the rise of Islam in Africa. The retreat went largely unnoticed in the UK mainstream media.

* Richard Lance Keeble is Professor of Journalism at the University of Lincoln, UK, and joint editor of Ethical Space: The International Journal of Communication Ethics. His 13 publications include Secret State, Silent Press: New Militarism, the Gulf and the Modern Image of Warfare (John Libbey 1997) and Ethics for Journalists (Routledge 2008 second edition). An earlier version of this article appeared in Media Ethics (see http://www.mediaethicsmagazine.com/)