Set in the UK and Ghana, this romantic drama-comedy follows the life of a pretty young Ghanaian woman who goes through trials and tribulations as her British student visa runs out.

Afua Forson Brown's situation is made worse by the constant nagging of her arrogant and lazy boyfriend and persistent calls from her alcoholic father in Ghana who frivolously spends the money she sends him. Afua eventually meets the man of her dreams but finds herself in an even more complicated situation. 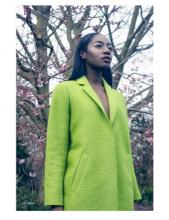 The writer and producer, Bibi Owusu Shadbolt said: “We made this film for a global audience and the quality of production and mix of cast and crew reflect this."

She added: "It is an African-themed film that is easily accessible to all cultures and that’s what makes it unique. Yes, it’s about a Ghanaian girl and the problems she faces in the UK but first and foremost, it is a beautiful love story and who among us can’t relate to that?”

Commentators have noted there haven’t been many African themed films that have really been able to crossover into mainstream markets outside of the continent or even outside of the Black community.

A spokesperson for the movie told The-Latest: "Afua’s Diary is a film from the continent that can cross over. With its skilled production quality, eclectic score and mix of cast, it represents new Africa and, with the rise of Afrobeats and success of Nollywood, it’s come at a superb time. The world is gradually beginning to wake up to Africa and it’s about time African themed stories got their share of the mainstream box office too."