American poverty is a national disgrace 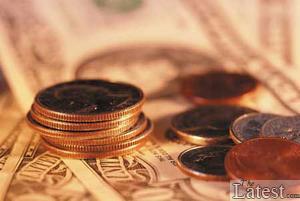 Times are getting tougher in the United States, but putting an end to the plight of the poor isn't high on the political agenda. The number of Americans living in poverty increased last year, but advocates for the poor say the situation is more desperate than the rising numbers.

Poverty is increasing as the country's social safety net continues to erode and the government uses outdated measures to even determine poverty levels, experts said. The methods used to track poverty are more than 50-years-old and overlook families' modern problems and dwindling resources, they added.

"It's really criminal that as we're facing the most serious economic crisis, perhaps since the Depression, people are talking about lipstick and just totally preoccupied with trivial personal issues about candidates and things of this sort," said Roderick Harrison, an expert with the Joint Centre for Political and Economic Studies. The poverty threshold is based on a hypothetical market basket of food that a family needs to sustain health, Mr. Harrison explained. Today, however, housing and transportation costs would make up a much larger share of the budget and would be better indicators of poverty, he said.

The Los Angeles Regional Food Bank has been feeding people in L.A County for 35 years now and gives out 35-40 million pounds of food each year. According to communications director Darren Hoffman, the food bank is strained-new cases of families seeking food are up five to 50 percent depending on which of 900 agencies is reporting developments over the last eight months.

"Demand is outpacing supply a great deal. We have lot of wholesalers or manufacturers that would give an overrun of products in exchange for options like a tax write-off before, but now we see lots of second hand retail markets coming in and offering them 30-40 cents on a dollar to get their products put into their stores. That's cut into food that once got donated to the poorest of the poor," Mr. Hoffman said. He hopes recent passage of the federal farm bill will help increase availability of Dept. of Agriculture commodities over the next couple of years and positively impact food banks.

In future years, Hoffman predicted, supermarket retailers will further reduce the amount of donated food by tracking monthly consumer spending with club cards and increasing efficiency.  "Five- or 10-years-ago they had to guess a lot more and some overestimated. What they couldn't move they donated to food banks," he explained. The food bank now relies largely on salvage products donated by supermarkets, products like cereal boxes bent on the corners or dented canned goods.

Food banks also try to convince restaurants that prepare foods, such as pizza restaurants, to donate food at the end of the day rather than tossing it out.

"The safety net is shredded. Food banks, people who are there to assist, are getting hit from both ends because they have customers they never used to see before and the stores that used to donate food and clothing to them are donating less because they're tight," Mr. Harrison said. Harder times mean relatives or neighbors who were once better off and could help don't have anything to spare, he said.

"This is part of the failure of the society and it is not something that government can expect non profit organizations, charities, civic groups, churches, mosques to help each other out of because they're all under stress," Mr. Harrison added.

The US Census Bureau recently reported that official poverty in America increased from 12.3 percent to 12.5 percent between 2006 and 2007. According to the agency's  "Income, Poverty, and Health Insurance Coverage in the United States: 2006 Report" about 1 in 4 poor people are Black. The poverty rate for Black people is higher than any other ethnic group. Hispanics represent 21 percent of Americans in poverty, Asians, 10 percent, and non-Hispanic white people, eight percent. Seniors 65 and older ranked lowest among those in poverty at (nine percent), followed by children younger than 18 (17 percent) and people 18-64 at 11 percent.

Representative Jim McDermott (D-Wash.) has drafted the Measuring American Poverty Act of 2008, which would improve and update the current poverty measurement. The bill would continue to track deprivation but based on current consumption patterns, rather than those of the 1950s.

Reverand David Beckmann, of the anti-hunger group Bread for the World, said the numbers don't reflect the continued bad economy.  "The current way we measure poverty in the US is out of date. It assumes that food consumes a third of a family's budget, which does not reflect the realities and fails to capture the true extent of hardship experienced by American families," he said.

When unemployment rises, poverty inevitably ticks upward.  "The real threat is always through jobs. We saw last month the sixth straight month of job losses and when people lose their jobs, and can't find new ones within a matter of months, they will get pushed into poverty," Harrison observed.

According to the Department of Labour, unemployment rose from 5.7 to 6.1 percent last month, representing one of many factors driving people into debt and ultimately poverty. There were 605,000 jobs lost in the first eight months of 2008, including 84,000 in August.

The Centre for American Progress, a Washington, D.C.-based think tank, blames flat wages, fewer people with pensions and health insurance, higher family debt, a deepening housing crisis, inflation, and credit card debt as obstacles families face as they struggle to make ends meet. According to the Center for American Progress:

• Thirty-seven million Americans live below the official poverty line and the number of poor Americans has risen by five million over the past five years.

• One in three Americans will experience poverty within a 13-year period. In that period, one in 10 Americans are poor for most of the time, and one in 20 are poor for 10 years or more.

• Poverty in the United States is far higher than in many developed countries.

According to Julia Isaacs of the Brookings Institution, a lack of income growth for Black men and low marriage rates within the Black community has meant poorer households. Black people also hold a precarious place in the ill-defined American middle class: While children of White middle-income parents exceed them in income, a majority of Black children will fall below their parents in income and economic status, she said.

Most politicians are focusing on the middle class because those once classified as such are finding themselves in terrible financial situations, sometimes even joblessness and homelessness, said Nana Gyamfi, a Los Angeles-based civil rights attorney, who often volunteers with anti-hunger groups.  "Those who called themselves middle class are finding out that they are considered poor or the underclass  … hopefully grassroots organisers can use this epiphany to influence members of the so-called middle class to take up the concerns of those who have been harder hit by poor public policy,".

Talk of the  "working poor" and those in poverty dropped from the presidential race when Senator John Edwards did, though Senator Barack Obama, the Democratic Party nominee, has touted a plan to tackle concentrated poverty. Senator Obama emphasizes creation of 20 Promise Neighborhoods in high crime and high poverty areas with low levels of academic achievement in cities. The program would bring together a network of services, including early childhood education, youth violence prevention efforts, and after-school activities from birth to college.

Senator Obama has pledged to work with community and business leaders to address economic development barriers. He also wants to invest in rural small businesses to improve schools and attract more doctors.

If he is elected, Republican Party nominee John McCain has talked about reducing the pain of high gas prices by ending American's dependence on foreign oil, repealing the 54 cents per gallon tax on imported sugar-based ethanol and other using other market-driven tools.

"I don't think that really either campaign has forcefully confronted or developed means of addressing a crisis of this magnitude and I don't think either of them at this stage are treating it as a crisis. Obama has made some effort to show that the Republicans didn't talk about it at all at their convention and he's paid attention to it but nowhere near presenting the kind of serious comprehensive plan that begins to address these problems," said Harrison.

Economists said the latest Wall Street crises and recent bail-outs of federal mortgage giants, Fannie Mae and Freddie Mac, as a result of the sub-prime mortgage mess have added to economic stressors squeezing families. Harrison feels that where poor, low-income families might have been able to buy homes before, they will have to wait for several years. The market has shut down and it will be a long time before the government steps in and develops innovative programs, he said.

Working people's main and sometimes only wealth, the equity in their homes, is being sucked down the drain during this crisis, Harrison said. People have been living on borrowed money and time over the last decade and what's occurring is a long-term adjustment to global realities, he added.

Advocates say poor people have to find their own solutions while waiting for government to correct the problem, or risk spiraling into greater poverty.

"I don't think that their broad policies to help everyone will help those who have been traditionally impoverished, but I do hope the help includes the homeless, single parents trying to get on their feet, but we'll see," said Omar Montgomery, a professor of ethnic studies at the University of Colorado at Denver.

In a year where change has been the mantra of both parties, uprooting poverty hasn't taken center stage. All of the focus in this year's presidential race has been on the middle class, largely because of their voting bloc power, unlike Reverend Al Sharpton's advocacy for poor people when he ran in 2004, Prof. Montgomery said.  "A lot of people don't give him credit for not running to win, but running to bring things to light, like poverty in rural areas and urban communities. Of course some people thought his candidacy was a joke but truly he was trying to highlight these things, and I give him credit for that," Professor Montgomery said.

Leader must return party to its working class roots

Why I love May Day

Why Mayor Who Fired Corrupt Aide Should Also Go