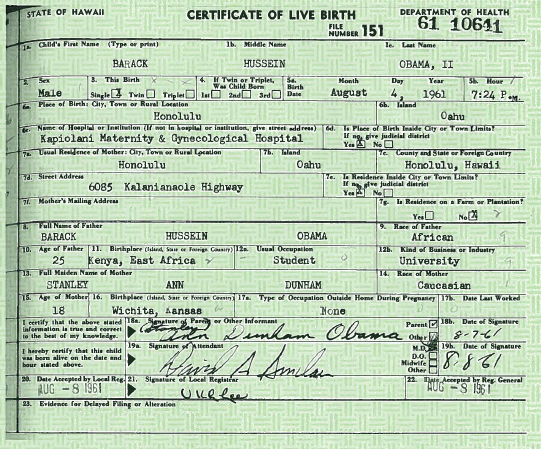 Imagine if you will, waking up in a world in which you believe all that you knew and loved has been turned upside down.

In general, it’s a feeling that is borne out, by all the indicators you feel are valid, that something is terribly wrong.

- An individual must be a natural born citizen

- An individual must be at least 35 years of age

Senator Barack Hussein Obama II had met all three criteria when he tossed his hat into the ring to run for the office of President of the United States of America in February 2007.

However, since taking office in January 2009, President Obama has been dogged by a fringe idea that he did not meet the first criterion set forth by the Constitution, that being he was born outside of the United States or he isn’t a citizen because of his father’s nationality or a number of dizzying variations of this conspiracy theory, depending upon how far one is willing to crawl into the birther black hole.

There are those that will argue that this fringe idea has not abated because Americans, having grown disillusioned with the Obama presidency after his election, are now seeking the relief that was not forthcoming when the initial wave of birtherism splashed onto America’s shores.

Those who embrace birtherism subscribe to the belief that the policies that have been instituted by the Obama administration are illegitimate because he was not eligible to be the elected President of the United States.

It is their belief that all that has transpired during the Obama administration, the policies initiated and enacted will be declared unconstitutional since the President’s election was unconstitutional.

As a placebo antidote birtherism provides all who embrace the belief that President Obama should not be President, with a cause to pursue that may aid in controlling their reluctance to accept America being governed by a Black man like Obama. 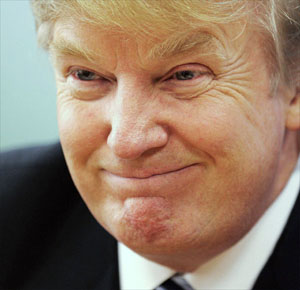 Birtherism moved out of the shadows and was placed prominently within the 2012 presidential campaign cycle by alleged billionaire Donald Trump, a former Democrat supporter turned Republican presidential front runner.

All of the tangential detail gleaned by proponents and promoters of the birther cause for the past 4 years, if left unchecked, will now be re-played to a larger audience of voters, much to the chagrin of mainstream Republicans, since the majority of identified independents or members of the Democratic Party in America do not find birther rationale a credible issue.

In those circles, hours after the long form was made public, it was declared a fake, as had been the previous reaction by birther adherents to the release of the short form birth certificate. This was done by then Senator Obama’s campaign nearly 4 years ago, which the campaign had offered when the birther cause was first articulated, it is rumoured, from somewhere within the campaign of Senator Hillary R. Clinton. Since that time, birtherism has received a place of honour, acceptance and a home within the Republican Party.

Birtherism is the placebo antidote for those unable to accept Barack Obama as President of the United States; available in a variety of brands and dosages.

Take a handful to help calm and focus the anxiety of being governed by the Obama administration.

*Karen Hatter is the producer, host and social commentator of Inside the Eye of the Storm, aired daily on Internet radio on AKERU! Global Network, formerly AKERU! NU Afrakan Network, @ www.akeruradio.com. Karen is also guest editor at NowPublic.com.

Where were all the Poppies?