More than 30 civil liberties groups and tech companies have formed a coalition against internet surveillance and NSA spying, with a "Reset the Net" day of action planned for June 5 to mark a year since Edward Snowden’s leaks.

The site offers the opportunity for its visitors to sign a pledge: “On June 5, I will take strong steps to protect my freedom from government mass surveillance. I expect the services I use to do the same.”

The coalition has been organised by Fight for the Future. Among its members are Reddit, Imgur, DuckDuckGo, CREDO Mobile, and the Free Software Foundation, who are enforced by the civil liberties groups and others, as Boing Boing and Greenpeace.

The collective is calling on software developers to assimilate anti-NSA (National Security Agency) features into their products, such as mobile apps, or perhaps adding security features such as SSL (Secure Socket Layer), HSTS (HTTP Strict Transport Security), and Perfect Forward Secrecy which are data encoding features intended to prevent the government being a go-between for communication interceptions.

“The call is simple – find some territory of the internet you can protect from prying eyes,” the ‘Reset the Net’ video states.

“Government spies have a weakness: they can hack anybody, but they can’t hack everybody,” the organisers behind the Reset the Net movement say in a video released. “Folks like the NSA depend on collecting insecure data from tapped fiber. They depend on our mistakes; mistakes we can fix.” 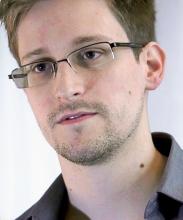 June 5 marks the day that Edward Snowden first broke news of en-masse surveillance programs implemented by the NSA and PRISM became a household word. The groups are dispersing a privacy package for participants to use which contain free software tools for encrypting chat logs, email, phone calls and text messaging.

CREDO Mobile is thought to be the anonymous telecom which is currently engaged in a constitutional battle regarding governmental utilisation of National Security Letters to obtain user data.

“A year after Snowden’s shocking revelations, the NSA is still spying on innocent Americans without a warrant,” Michael Kieschnick, CEO of CREDO Mobile said.

“CREDO will continue to demand Congress and the president take action to stop unconstitutional mass warrantless surveillance, and until we win real reform, we will encourage users to adopt encryption tools to protect their personal communications from government abuse of the 1st and 4th amendment,” he added.

The mass action is reminiscent of a similar online mass action in 2012 against two federal anti-piracy bills – the Senate’s Protect IP Act (PIPA) and the House’s Stop Online Piracy Act (SOPA). Thousands of websites, with the support of massive firms such as Google and Twitter - went into blackout or partial blackout in order to put a stop to the legislation.

“We can't stop targeted attacks, but we ‘can’ stop mass surveillance by building proven security into the everyday internet,” the collective states.