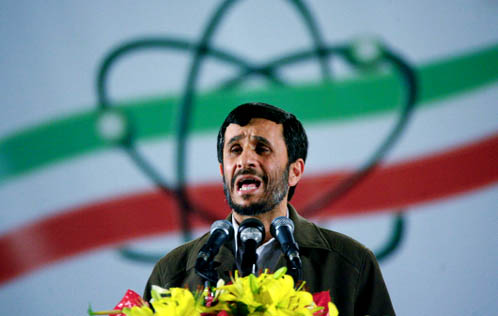 Amid growing anger against "British interference in Iran's internal affairs", the Iranian Interior Ministry has refused to issue a permit for a rally outside the UK embassy in Tehran.

"Iran's Interior Ministry condemns Britain's interference but has granted no permission for the gathering outside the British embassy on Tuesday," the ministry said on its website.

Some university students were planning to stage a rally outside the British embassy to protest what they call foreign in Iran's June 12 election which has provoked unrest in the country.

In recent days, the US and a slew of European powers - namely Britain, France, Italy and Germany - have lashed out at the Iranian government for the nature of its measures in restoring security in the country.

Following the victory of President Mahmoud Ahmadinejad in Iran's 10th presidential elections, Iran became the scene of rallies with defeated presidential hopefuls Mir-Hossein Mousavi and Mehdi Karroubi rejecting the result as fraudulent and demanding a re-run.

Iranian officials have accused Western powers of interfering in the country's internal affairs.

British Foreign Secretary David Miliband has rejected the claims, saying turning the dispute among Iranians about the election results into a battle between Iran and other countries -- the UK in particular -- "is without foundation."

"I reject categorically the idea that the protestors in Iran are manipulated or motivated by foreign countries," Miliband said on Sunday. "The UK is categorical that it is for the Iranian people to choose their government, and for the Iranian authorities to ensure the fairness of the result and the protection of their own people."

* Britain has responded to the expulsion of two of its diplomats in Tehran by telling two envoys at the Iranian embassy in London that they must leave the country by the end of the week.

* The English language website of Press TV, the Iranian government-funded news channel, can be viewed here.