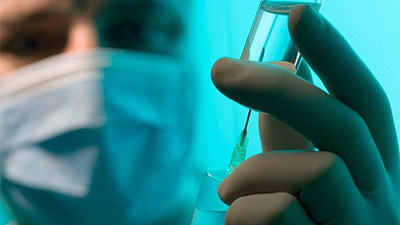 Officials in Argentina's Mendoza province have authorised chemical castration for rapists after a significant increase in sexual assaults last year.

"By using medication that lowers the person's sexual desire and with psychological treatment, the person can be reintroduced into society without being a threat," Mendoza governor Celso Jaque said.

Eleven convicted rapists in the province have agreed to the treatment in return for reduced sentences.

Several members of the legal committee said the treatment must be voluntary or it would violate international law and Argentina's constitution.

"Actually, it's a right they have like I have the legal right to tie my tubes. I have the right to use contraceptives," said Nelly Minyersky, a family and bioethics lawyer. "Also, theoretically, if I go to a doctor and tell him I'd rather not because it bothers me ... it's a right."

But some experts caution that the treatment is reversible and its effectiveness is relative.

"This leaves out a large number of sexual delinquents who have perverted pathologies," said Enrique da Rosa, a forensic sexologist and psychologist. "That is to say, I can't have the chemical impulse, the hormonal impulse, but in reality I can enjoy making the victim submit."

The term "chemical castration" is a misnomer because the practice involves medication, not surgical intervention. Its effectiveness also stops when treatment is discontinued.

Depending on the success of the programme in Mendoza, the rest of Argentina could follow its lead, officials said.