Aspiring Black youth are the solution not the problem 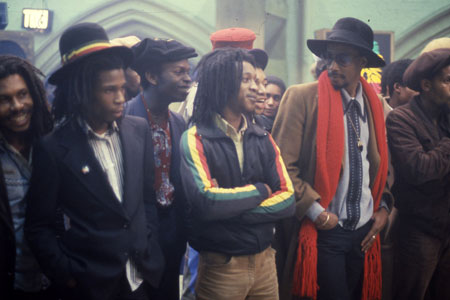 In my opinion youth’s emerging from urban and internet cultures will have benefits not only for themselves but also for Black communities and society. What they need is support for their freedom of expression not benign neglect and judicial, media and statistical lynching.

That Black youth are worthy of inclusion in our search for solutions cannot be denied. Have we forgotten that rebel youth of the 1980s took to the streets and wrote the manifestos for better housing, jobs and education? They forced HRH the Prince of Wales to convene the 1984 Windsor Conference of business leaders, government and community groups to help Black youth into education and employment.

Furthermore, to their credit, radical youth exposed the cultural longings of excluded African and Caribbean peoples.  Bernie Grant, the “African Rebel in the Community and Parliament” welcomed youth’s expression of Black Consciousness. He thundered: "For far too long the Black community has had no voice in Britain and we are seeking to redress that."

Surely, the new standard-bearers for the revitalisation of Black culture must be today’s youth. Those who feel it know it, and there are several good reasons for this legitimacy. Youth are fortunate.  They do not have their parents’ anglophilic love of Britain and obeisance to the cult of the royal family.

Youth are free of the tyrannies of the past. They have not directly suffered the traumas, emotional imperatives and political failures of their mid-20th century forebears.

They have good reasons to be confident. The best of them have succeeded against almost insurmountable odds. Research shows that despite the heavy burdens of race, class, gender and age:

It is easy to notice the change in attitude and potential.  The most culturally aware Black youth are finding how liberating Black history can be. They inherit the memories of their long-forgotten rebel ancestors who fought the plantation owners and hastened the abolition of the slave trade.

History records that their grandparents fought valiantly for “Queen and Mother Country” in World War II. They were midwives to the re-birth of badly damaged post-war Britain.  However, drudgery, disappointment and discrimination were their bitter reward. (The 12-year colour bar against West Indian workers at  all London stations only ended in 1966 after complaints by the social and cultural Standing Conference of West Indian Organisations).

Moreover, youth’s confidence comes from a tradition of weaving artefacts, arts and music into political statements. The annual African-Caribbean Notting Hill festival followed the racist murder of Antiguan immigrant Kelso Cochrane in May 1959. The Rastafarian’s dreadlocks under a black, red, gold and green knitted tam signifies African-Caribbean resistance to oppression in Babylon, as Bob Marley famously sang in Burnin’. 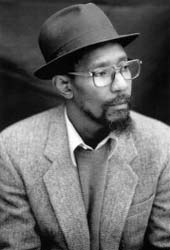 They ken the new sounds and voices that demanded their parents’ attention. Inglan’ is a bitch as the dub poet Linton Kwesi Johnson cried out; and the sociologist Paul Gilroy’s There ain’t no Black in the Union Jack fitted their new mood. From their grandparents they must have heard of Marcus Garvey's fiery message to millions in the Black World: “Pan African self determination, socio-political freedom, physical health and spiritual wealth.”

Youth today can confidently assert a new set of cultural aspirations forged in their polyglot and poor districts. The ranks of African-Caribbean youth of the post-war Jamaican, Trinidadian and West Indian migrants are swelled by African newcomers - the Nigerians, Ghanaians, Somalis, Zimbabwean, Ivoreans, Ugandan and Congolese – many with a strong mercantile and independent streak.

Together Afro-British youth can mix Rhyme and Rhythm, with Reason and Resistance. They can heat up  a spicy jerk sauce of rap, hip-hop, afro-jazz and Dub, Rasta reggae, Jamaican slang and street-cred, with a dash of “I’m Black British and proud”. 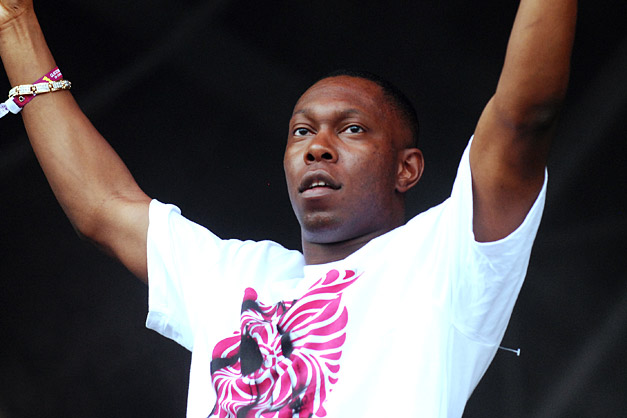 What’s more, they weave popular arts and street cultures into political statements.  Urban artist Dizzee Rascal, son of Ghanaian parents in poorest East London, is a prime example. After struggling through a rocky childhood, he captured the intense anger of “kids in the ‘hood”. Rapping against the arbitrary controls targeting Black people - expulsion from classrooms for being “cheeky”,  police harassment for hanging out and arrest for resisting stop and search orders - he hip-hopped into the charts with youth’s angry anthem: “Respect Me”

“You people gonna respect me if it kills you
I know what your thinkin it's gone too far now innit
Fuck it
If I dont speak whos gonna speak for me
Stand up for myself in this shit
So fuck you
Unapoligetic.”

The Respect Me lyrics are the property of the respective author, artists and labels, the lyrics are provided for educational purposes only.

Born in the cultural cockpits of urbanism, Black youth’s aspirations have a transformative power. The damned “neets” become the confident, fledging net generation. Armed with the instruments of mobile telephony, they are part of the internet moment in human history. Wired-up youth are the first generation in Black history to have this capacity. Thus, this digital generation of talents will be heard above the storm of racial abuse and harassment. They are Black people’s cyberspace cultural warriors.

What can they do? First, assert their cultural awareness. Their rousing cry should be “A people’s art and cultures are the genesis of freedom and justice”.

They should draw from the two rivers of the African Diaspora that meet in Britain after centuries of brutal separation. African-Caribbean youth and their African mates must act fraternally to assert a new set of cultural aspirations that fit youth’s need in the Information Age.

Bonds of hope connect youth’s past and their digital present and future. Eager young people work on digitising oral histories at the London Metropolitan Archives.  Ex-offenders are taking up arts management projects sponsored by charities, the Arts Council and the government.

This drives forward youth’s aspirations to engage in the cultural economy, production and business. They are even challenging privileged people for cultural awards and internships. Moreover, Black youth are a common sight in the august chambers of the Grandees of High Culture – in the national museums, symphony, ballet and opera companies.

Second, youth must search for life-affirming opportunities. These include conversations with their elders and community religious leaders. Indeed, more youth are joining Black-led institutions – among them the fast-growing mosques and Pentecostalist congregations.

Mass involvement in cultural activities builds self-confidence.  Increasingly, youth are active in libraries, archives and cultural heritage centres. These include the City of London Museum, Liverpool Slavery Museum, Black Cultural Archives, the Bernie Grant Foundation and the Race Relations Centre in Manchester.  This makes them better able to access knowledge than any past generation.

In addition, they are galvanised toward community action.  They appreciate that cultural reform must be based first on gains won in the socio-political arena. “We must learn to use Black culture as springboards to the future”, to paraphrase Nobel Prize winner Wole Soyinka, poet, playwright and cultural activist.

A digital borderless transatlantic world is on Black youth’s horizon. From their platforms in cyberspace, they will answer the barrage of racially inspired hateful propaganda with creativity and the challenge: “Black Culture is at war”.

* Thomas L Blair is a Black scholar and independent commentator on Black urban affairs at http://www.Chronicleworld.org.  See details of his book The Audacity of Cyberspace - The struggle for Internet power at http://bit.ly/m-ybooks.co.uk/blair/index.html and is highly recommended by the citizens’  journal The-Latest.com.

Do we need law to protect our sources?