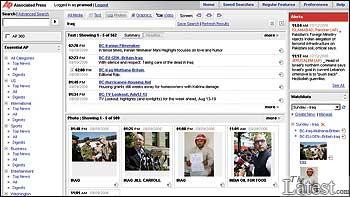 America's biggest news agency has announced a programme to promote non-profit investigative journalism to its members for republication. The material will be distributed to Associated Press members - including essentially all of America's leading newspapers - through the web-based delivery system AP Exchange.

This move by AP should provide further impetus to the movement we've been pushing for editors and publishers to steal our stories under our Creative Commons license. We've been pleased recently to see ProPublica articles end up in the Orlando Sentinel and the Arizona Star, and on Web sites ranging from Huffington Post to RealClearPolitics to MainStreet.com. Keep those thefts coming.

Let's take to the street for justice

Journalists exposed for their biased coverage of riots