My book started life as a feature nobody wanted.

It was to be my racial perspectives as an “Anglo-Indian” growing up on Brixton’s “Frontline” in the mid-1970s, until I left permanently in the early Noughties. 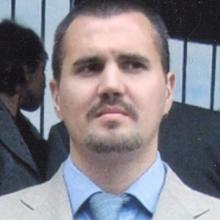 For what it’s worth, I think the vast majority of Black people are remarkably calm and philosophical considering what they have been up against for centuries. The problem in Brixton was poverty…and the police.

It is a cliché that journalists dream of writing a book. But it was never my dream.

I started out in what’s sometimes called the ethnic minority press, during the mid-1990s, rising to editor of Eastern Eye, and was then a sub-editor, off and on, in the Murdoch Empire from 1999 until I took voluntary redundancy at The Sun four years ago. That toxic environment had been mentally exhausting me for years, not helped by having bipolar disorder. 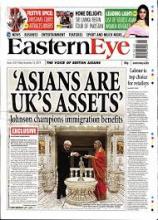 I have been sectioned three times. But I’ll come back to that. 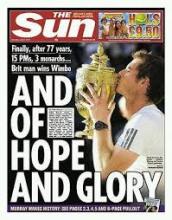 I regained my breath after a few years and decided what I wanted: creative freedom.

Initially, I was inspired to write again by a fellow journalist who I’d never worked with but was tickled by my little anecdotes in Messenger. Giving birth to the book concept — after unsuccessfully pitching my feature idea to The Guardian and The Voice — was a precarious business and I got a bit manic. I pissed off a few people and had to tell myself: “Slow the fuck down.”

The next big change to my approach came after a prolific scriptwriter told me: “People don’t want perspectives, they want stories. We’ve all got perspectives.”

In the preface of my debut book Melting Pothead, I write: “This is not an autobiography, it’s the stories of a journalist’s life, forever embedded in conflict situations. I don’t offer a linear narrative, it’s snapshots of my life: memoir, anecdotes, reportage and opinions.”

It is certainly not a racism and madness misery fest. Yes, I am “politically black” but my approach is lateral. Part of it is parachuting the reader into scenes of my life. I believe the best chapter is about my late father Pratap "Peso" Shivdasani. Rather than racially-profiling him, I’ve presented a man who happened to be Indian and who happened to be my dad. My Indian dad. I want the reader to meet him, try to understand him and consider how they might react to him.

Especially as his son, it was tough.

A lot of people assume I’m white because of my appearance and that’s been a complicating factor when it comes to establishing my identity. What has made a lot of sense for me in my personal struggle is the emergence of the “white fragility” concept. I’m glad it is now being recognised as a phenomenon, although there’s also some outspoken white resistance to the very idea. How ironic.

I didn’t realise I had white privilege until I lost it, even though I grew up as a mixed race person in Brixton, so I’m quite interested in the perspectives of Robin DiAngelo: A white, American academic who wrote the book White Fragility. I’m most taken by her pinpointing of the “good-not racist/bad-racist binary”. She’s grasped the idea that racism is not only about good intentions, that you can still be racist even if you are polite and friendly to people of colour.

That’s a whole other story and I fail to resist the urge to point out that it takes a white person to say it. But good work Robin.

The explosive re-emergence of the Black Lives Matter (BLM) movement, following the murder by a white American policeman of unarmed Black man George Floyd in March, has led me to have a bit of a rethink on race, although I’m not shying away from anything I wrote in Melting Pothead, partly because of my lateral approach. It’s just that I’ve come to consider whether defining identity mainly through race has the potential to be quite self-destructive.

I mean, when I’m asking people to see me as a mixed race/Anglo-Indian person, am I asking them to only see me as a mixed race/Anglo-Indian person? I do, however, approve of removing slave owner statues, in America and Britain, and Confederate flags in the US. This impacts directly on our surroundings, as does the renaming of institutions which had honoured evil, racist men.

Symbolism has always played a powerful part of our shared existence as human beings. I don’t want the BLM movement to just be “a moment”, as self-proclaimed Zionist "Labour" leader Keir Starmer seems to want it to be. 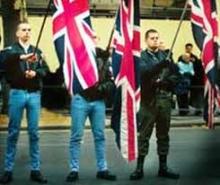 The majority, native population in the UK are far more likely to assert an individualistic identity compared to people of colour because they are in the majority. It's their "norm”. I’m not asking anyone to follow suit. But do we really want a return to the days of the fascist National Front and anti-fascist marches clashing in the way they did in the Seventies and Eighties? It’s just more violence.

There was a time to fight physically in this country, such as the Battle of Cable Street in 1936 and ethnic minorities in the Eighties against Thatcher, a right-wing prime minister who openly supported racist apartheid in South Africa. But we are currently in a World War of Ideas, which is seemingly superseding physical conflict, at least in the West.

Maybe we should see that as an opportunity.

Mental illness is also a massive issue for me. I suppose anyone who disagrees with me can dismiss my ideas as mad. That has actually happened a few times when I’ve quite obviously been perfectly sane.

Personally, the stigma surrounding mental illness has been worse than racism. That I have been sectioned is an important part of the book but bipolar doesn’t define me. It’s just that I feel strong enough to be open about it, to represent myself and others with similar issues.

Much of what I’m talking about in this piece is not directly related to my book, which is much more entertaining and, in parts, fun. But if I’ve piqued your interest, you’d probably find Melting Pothead a bloody good read. A link to buy it, and many other things, can be found on my website.