It's the Second World War's 70th anniversary of Victory in Europe Day tomorrow and, as part of a BBC season commemorating it the corporation is broadcasting a special film about some unsung heroes of the conflict.

For not many people know that thousands of men and women from the Caribbean colonies volunteered to come to Britain to join the fight against Hitler. From meagre savings they paid their own passage and risked their lives for king and empire. But their contribution has largely been forgotten.

In Fighting for King and Empire: Britain’s Caribbean heroes, being screened by BBC 4 at 9pm on May 13, some of the last surviving Caribbean veterans tell their extraordinary wartime stories: from torpedo attacks by German U-boats and the RAF's blanket bombing of Germany to the culture shock of Britain's freezing winters and war-torn landscape. 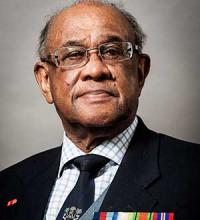 This brave sacrifice confronted the pioneers from the Caribbean with a lifelong challenge - to be treated as equals by the British government and the British people. The film, which was co-produced by The-Latest's Marc Wadsworth and Deborah Hobson, exposes a colour bar enforced by the British military until political opposition to it forced a change of policy.

Director producer Matt Cottingham said: "In testimony full of wit and charm, the veterans candidly reveal their experiences as some of the only Black people in wartime Britain. They remember encounters with a curious British public and confrontation with the prejudices of white American GIs stationed in Britain." 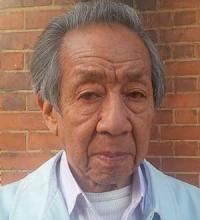 After the war, many veterans returned to the Caribbean where they discovered jobs were scarce. Some came back to Britain to help rebuild its devastated cities. They settled down with jobs and homes, got married and began to integrate their rich heritage into British culture.

Now mostly in their 80s and 90s - the oldest is 104 - these pioneers from the Caribbean have helped transform Britain and created an enduring multicultural legacy.

With vivid first-hand accounts, observational documentary and rare archive footage, the programme gives an eye-opening perspective on the Second World War and the history of 20th-century Britain. 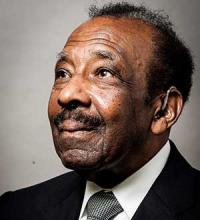 The one hour documentary is based on the film, Divided by race, united in war and peace (DRUWP), produced by the-latest.com, which was screened by the South African Broadcasting Corporation a year ago and has featured at South Africa's Tri-Continental Film Festival, the Samosa Film Festival in Kenya and last month at the prestigious MipDoc event at Cannes, France.

DRUWP has also been show in cinemas and at community centres in Britain, as well being central to an educational schools project, backed by the Historical Association, that has been well-received by students, teachers and trade unions.

Wadsworth, the editor of the-latest who has a masters in contemporary British history, said: "It was quite an experience working with the BBC's history department to make the film. We introduced them to our wonderful veterans who featured in Divide by race, united in war and peace and it is their moving testimonies that make the film gripping viewing."