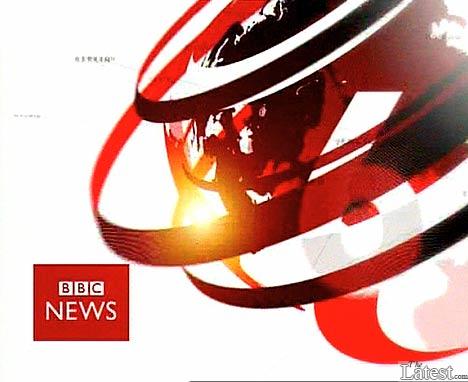 British public service broadcaster, the BBC, has decided that Tv licence fee payers do not have a right to know how much money was spent in news coverage of last month's monumental American presidential election. They have refused to fully answer questions about expenditure in a Freedom of Information request made by The-Latest.com.

With the overall annual revenue from the licence fee accounting for nearly 75 per cent of the BBC's income we believe that it is in the public interest to know exactly how that money is spent.

The-Latest asked the BBC three important questions about their use of funds to broadcast the historic battle for the Whitehouse between John McCain and Barack Obama. We wanted to know:

1. How many UK BBC news correspondents, journalists and presenters were sent to America to cover the presidential election campaign in the last week of October and the first week in November 2008?

2. What was the cost to the BBC in air flights, hotel rooms, which hotel/s did they stay in, how much was the car hire, meals and other incidentals for journalists and presenters who went to America in the time period already mentioned, working for the main BBC news programme at 6pm and at 10pm and local news?

3. With reference to the BBC Thursday night politics programme This Week hosted by Andrew Neil and the broadcast from New York on November 6, what was the cost of air flights for Neil, Diane Abbott and Michael Portillo? Which hotel/s did they stay in and what was the cost to the BBC for their board, food, drinks and other incidentals? How long did they stay in New York?

For the election poll BBC News sent 125 people, including technical staff, to report for a wide range of outputs and audiences on this globally important story. They also drew on the expertise and knowledge of the existing US-based team to provide nearly 150 hours of coverage for BBC One, BBC World News, the BBC News Channel, BBC America, BBC World Service, Radio 4, Five Live, local radio and the Nations of the UK. Almost all staff were working for more than one area of output and the deployment was heavily coordinated and scrutinised to ensure efficiency and value for money.

And, one employee stayed in a hotel  — the Hotel Renaissance  — in New York for This Week on 6 November.

With respect to the remainder of your request, the BBC will not be providing you with the information you requested as we believe it is not covered by the Freedom of Information Act 2000 ( "the Act").

The BBC and the other public service broadcasters are covered by the Act only in respect of information held for purposes  "other than those of journalism, art or literature" (see Schedule I,Part VI of the Act). This means that we are not obliged to supply information held for the purposes of creating the BBC's output or is closely associated with these creative activities. The BBC has chosen not to volunteer information relating to the costs of coverage of particular news stories for several very good reasons, chief amongst them being a desire to maintain our independence and impartiality.

You may not be aware that one of the main policy drivers behind the limited application of the Act to public service broadcasters was to protect freedom of expression and the rights of the media under Article 10 European Convention on Human Rights ( "ECHR"). The BBC, as a media organisation, is under a duty to impart information and ideas on all matters of public interest and the importance of this function has been recognised by the European Court of Human Rights. Maintaining our editorial independence is a crucial factor in enabling the media to fulfil this function.

The Information Commissioner's Office has recognised the importance of Schedule 1 of the Act in protecting the independence of the media, stating that:

"It is the Commissioner's view that the ultimate purpose of the derogation (Schedule 1) is to protect journalistic, artistic and literary integrity by carving out a creative and journalistic space for programme makers to produce programmes free from the interference and scrutiny of the public."1[1]

The BBC agrees that we have the right to protect our journalistic and editorial independence by maintaining just such a private space in which to produce our content. 1[1] ICO Reference: FAC0070848.

The decision as to which reporters or correspondents, and indeed how many of such staff to send on a particular story, is one of the most fundamental editorial decisions that Newsgathering undertakes. Despite the BBC's obligation to be independent and impartial, many bodies, groups and individuals attempt to influence our output and programme makers across the BBC must be able to resist pressure directed at the editorial decisions made on resource allocation.

The BBC maintains that these decisions are part of the editorial space which lies at the heart of Schedule 1 as outlined by the ICO and that release of the amounts spent covering individual stories under the Freedom of Information Act would bring to bear additional and unnecessary pressure on the programme makers. I hope this provides you with some understanding of why this is an important concern for the BBC.

For your information, the ICO has agreed in a recent case with the BBC's interpretation that information pertaining to the cost of coverage of a news item falls outside the scope of the Act, stating that:

… I agree with the BBC that the decision as to how many reporters to send and the resources to be allocated to a given story is an editorial decision …(and) that the dominant purpose for which the information is held is journalism.

Quite how the BBC's 'independence and impartiality' are compromised by the public being informed as to how a great deal of their money is spent is beyond us. The-Latest is appealing to the Information Commissioner to pressure the BBC to disclose the information it has censored from its reply.

In recent months the BBC has been hugely damaged by the Sachsgate scandal involving two of its highly paid celebrity presenters, Jonathan Ross and Russel Brand. Ross has a controversial multi-million pound contract with the BBC.

Please can some one please tell me just who both the bbc and the government are answerable to about the illegal tv licence as it seems like no one can do anything about this what so ever and that if you even try you get nowhere, even the courts of human rights are not interested, &nbsp; if the bbc and the government constantly break the law on this regressive and unfair stealth tax on the poor,&nbsp;  Even though the bbc use capita who are very well known for using ilegal methods in finding out the information by any means needed even ilegal ones which is not surprissing as they are very well known for hiring ex criminals of all types just as long as they can get the job done. Only the bbc can seem to get away with breaking any rules what so ever and ilegal work practices that if any other company tried to use they could be prosecuted for. I have sent so many emails out to certain people but it seems like noone will do anything to fight this tax on the poor, why should people like myself who cannot live these days and pay all their bills have to pay this when the bbc pay idiots like jonathon ross millions of pounds plus the money you have just mentioned that they will not divulge or the other money that is wasted by their greedy and out of date corporation which someone has to bring to task. If Joanna Lumley has the balls to fight for the right of the gurka&#39;s then we should also have the right to fight against this tax that is so out of order and out dated now just like the bbc and their repeats all of the time. Why should we pay this when even the politicians abuse their powers and use their expense accounts to pay for this and they are rich in the first place, they do not struggle to live or survive, they do not struggle to pay their bills or buy new hdtvs or new cars or houses for example so why should we have to subsdise them and pay what we could use for heat, bills or even food. These people like the prime minister who should NOT even be in&nbsp;  power as we did not elect him in the first place, he will never have to go with out heat or electric so why the hell should we have do to so. I would love to see him try to live and pay bills on about &nbsp;&#163;90 a week and still try to eat and live, This government is a disgrace about the help it could give us but it never will as they only like making them selves richer and us a damn sight poorer.