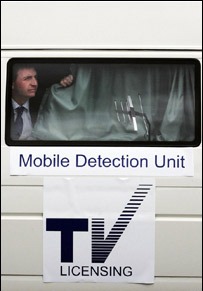 Controversial outsourcer Capita has won a lucrative extension to its high-profile running of the BBC’s TV licence service.

The deal comes despite complaints from customers that the provider has been heavy-handed in its collection policies, which had led to reported friction between it and the Beeb's overseer as well as some members of the public.

Capita won the business in 2002 in a £500 million deal that saw a TUPE transfer of 1,500 staff and extensive investment by the company, including a new Bristol national HQ for the service.

It’s made no bones of the fact that it has always adopted what it calls a “more proactive, sales focused approach” that it says has paid off, with a reduced rate of evasion from 5.7 per cent to 5.1 per cent and a boost in the proportion of customers paying by direct debit.

Not everyone likes the way it did it, with the BBC Trust criticising a "too harsh" and "accusatory" approach in its collection methods, especially with members of the public who genuinely did not need a television licence. Meanwhile, hundreds of Capita staff working in the TV Licensing unit have been locked in a long-running pay dispute with the company.

But the BBC itself seems to have no problem with its partner in this part of its business, nominating the firm as preferred supplier to pick up the contract from July next year: "By working in partnership with Capita we have improved customer service, become more efficient and reduced evasion. This has enabled the BBC to focus resources on what we do best,” John Smith, Chief Executive Officer of BBC Worldwide, says on the Capita website.

According to Zarin Patel, the BBC’s Chief Financial Officer, the Capita bid was “best value in terms of innovation and efficiencies,” looking forward to a new focus on cost-cutting of as much as £220m over the life of the contract, to be achieved by re-engineering the current service delivery model and introducing new technology and analytics to further boost TV licensing revenue.

Partners in the ‘second generation’ of the contract include two US companies, CSC, which is tasked with improving the IT part of the system, and an outfit called iQor for cash payment services.