Be fearful of the man called Hugo Chávez 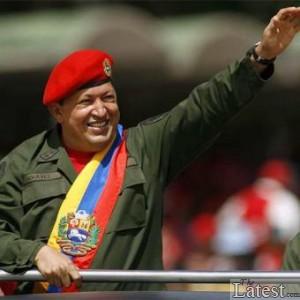 In the last 10 years, a South American country has undergone radical change since a revolutionary leader came into power. In 1998, Hugo ChÃ¡vez FrÃ­as became the president of Venezuela. He carried the hopes of the masses who were tired of previous corrupt presidencies and unsolved national problems.

Popularly known as ChÃ¡vez, the then presidential hopeful made three promises to the people as the perfect final touch to the end of his electoral campaign. Firstly, he said that he would give back the presidency after five years (it was written in the constitution at that time) or even before, if a percentage of the population was not happy with him. ChÃ¡vez stated that he wouldn't nationalise any private company or close any Tv channels. He also promised not to create a government controlled Tv station.

ChÃ¡vez has reneged on all three of his election winning commitments to the people. He has monopolised power. He didn't give back the presidency after five years. Instead, he created a new constitution in which the residing president could be re-elected. Currently serving a third term, ChÃ¡vez has said he plans to seek further constitutional reforms that would include an end to presidential term limits. Many private and powerful companies including PDVSA (petroleum), CANTV (telecommunications) and ENELVEN (electricity) have been nationalised and he failed to renew the license of the popular RCTV channel, which subsequently closed in May 2007. Instead, ChÃ¡vez created four government Tv channels to add to the already established VTV station.

The use of anti-American rhetoric to gain international popularity has made ChÃ¡vez stronger politically. He has planted the seeds of social resentment, dividing communities by attributing the word  "brothers, compatriots" to one social group, whilst discriminating against others. He has created a significant level of hatred among the population for the middle and upper classes, saying that there are no compatriots in that  "oligarchy", silently leading the country to the brink of civil war.

His policies to assist the poor have given him the status of  'saviour' in their eyes. He has formed an organisation called  "Mision Ribas", which is supposed to provide better educational opportunities for the underprivileged. However, it has been criticised by opposition parties because of its use of government propaganda. People involved with this program have to wear red shirts with the president's socialist phrases on it.

ChÃ¡vez has attempted to bring more medical assistance to Venezuela by inviting Cuban doctors into the country. In the meantime, many Venezuelan doctors are unemployed or extremely badly paid. Building a new modern hospital has resulted in better medical treatment for the poor but at the same time, old hospitals are abandoned and now there are not enough medical services for all.

Nevertheless, the presidents' speeches have a targeted audience, the poor, who are a large percentage of the Venezuelan populace. Using extremely informal and colloquial language he has turned himself into a magnificent manipulator of the masses. As political philosopher Machiavelli said, "you talk to the masses' heart, never to their heads". ChÃ¡vez always appeals to the goodwill of the disadvantaged as he did with the slogan for his 2006 re-election:  "I need more time, I need your vote, for love".

A fear still lives inside the hearts of many Venezuelans, as they see his closeness to the leaders of countries like Cuba, Libya and Iran as dangerous alliances that will make him attempt, even against the will of his own nation, the creation of his much dreamed of socialist revolution. During his re-election campaign he said out loud:  "Fatherland, socialism or death. I swear".  "If we need to shed our blood as Jesus Christ did, well let it happen".

* Linda Sharkey is a Venezuelan London based journalism student.

Racism is not over, Mr Phillips

2 Responses to "Be fearful of the man called Hugo Chávez"