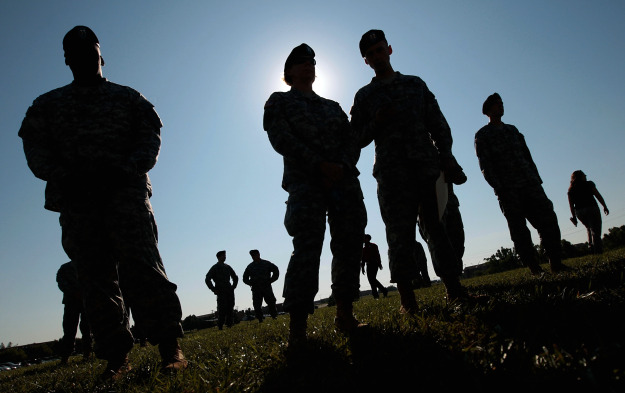 In the US, three men and 25 women have issued a lawsuit blaming former defence secretaries Donald Rumsfeld and Robert Gates for permitting a culture of punishment against women and men who report sex crimes.

Indeed, as the Guardian reported on December 10, rape within the US military is now so widespread that it is estimated that a female soldier on duty is more likely to be attacked by a fellow soldier than killed by enemy action.

Last year, 3,158 sexual crimes were reported in the US military but, as the Guardian, stressed, these figures are only a fraction of the reality.

Paradoxically, allegations of rape by the enemy have regularly featured in the war propaganda of Western leaders. For instance, before the 1991 Iraq conflict, President Bush constantly represented ‘innocent’ Kuwait as having been ‘raped by Saddam’. All Iraqi men were also often represented as being potential rapists.

When US Army special Melissa Rathbun- Nealy was captured by the Iraqis during Operation Desert Storm in February 1991, the Sun, under the headline “At the mercy of the beast” reported: “A US girl marine was at the mercy of brutish Iraqi troops last night after being captured in the Battle of Khafji.” And it continued: “Allied military chiefs think the Iraqis, who treat their own women appallingly, might abuse or even rape their captive.”

Ms Rathbun-Nealy was, in fact, released unharmed after the end of the conflict. The Iraqis, she said, had done everything to make her imprisonment comfortable. She was told by her captors that she was a hero, as brave as Sylvester Stallone and as beautiful as Brooke Shields. She said her greatest fear was not of Iraqi rapists but, ironically, of US bombers hitting the place where she was being held.

Even in 1991, rape in the US army was running at epidemic levels. A Senate committee report at the time estimated that 60,000 women had been sexually assaulted or raped while serving in the US military. The US navy secretary was also forced to resign in 1992 over reports of sexual harassment of women in the navy.

Rape by UK soldiers remains more of a mystery. An investigation by Channel 4 News last year found that between 2007 and 2009 76 allegations of rape had been investigated by the armed forces. But Channel 4 reported that “reporters had tried repeatedly to elicit from the Ministry of Defence basic but critical information about its track record on investigating rape. The answers we eventually received raise serious questions about the military's ability to effectively deal with allegations of rape.”

More recently, during the Nato assault on Libya, allegations of rape against Col. Gadaffi’s troops were promoted prominently by Western politicians and reproduced uncritically throughout the mainstream media. But the human rights organisation Amnesty International reported that they could find no evidence to support these claims. All too predictable.

*Richard Lance Keeble is a professor and Acting Head of the School of Journalism at the University of Lincoln.