What a right cock-up superstar actors and global pop artists have found themselves in chasing charitable good causes.

Not content with multi-million dollar lifestyles and world-wide domination of screen and stage, the likes of Madonna, George Clooney, Brad Pitt and Wyclef Jean have all sought to bring some of their “celebrity magic” to faraway places. War-torn, impoverished parts of Africa and disaster stricken areas in the deepest, divided south of the US and the Caribbean have been the focus of this new bunch of “social engineers”. The word philanthropist does not apply to Madonna and Co.

These stars do not simply donate money to people or countries in need. They are the architects of organisations with confused agendas, criticised for mismanagement, lack of transparency and corruption; failing the most vulnerable people in the world who were supposed to benefit from their high-profile brand of charity.

Why do they do it? No doubt singer Madonna, 55, had an overriding urge to give something back to Malawi, the southern African country from which she controversially adopted her two Black children, David in 2006 and Mercy three years later.

Madonna was slated by sections of the world news media, Malawians and people of colour for exploiting her wealth and profile to pluck David and Mercy from their homeland to a life far removed from their African identity and culture. She was quickly associated with the “white missionary saviour” complex. If she was genuinely moved by the economic plight of children in Malawi why didn’t she simply make generous monetary gifts to appropriate charities in the country?

A public spat with the President of Malawi Joyce Banda and her government in April last year has left many with a general unease about Madonna’s motives. It seems she was unable to leave the prima donna attitude behind her when she travelled to Malawi as part of a visit to a number of children’s education projects she has set up in the region. 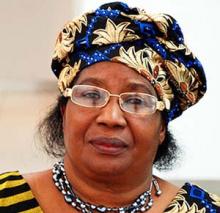 Madonna demanded to meet the president who snubbed her because the pop star believed Malawi "should have abandoned everything and ...rolled out a red carpet and blasted the 21-gun salute in her honour," according to a government statement.

The Malawi government has also accused Madonna of overstating her contributions to the country, saying the singer announced that she built schools in the nation while she only helped construct classrooms in existing facilities.

In retaliation the Madonna said: "I'm saddened that Malawi's President Joyce Banda has chosen to release lies about what we've accomplished, my intentions, how I personally conducted myself while visiting Malawi and other untruths."

This was not the type of legacy Madonna had wished for herself. She is rich and privileged and wants to be remembered for using her wealth for the betterment of humanity. Inclusion in an all-time greatest hits album collection isn’t enough f 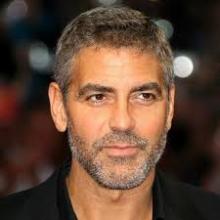 Advancing years and a greater sense of his mortality may have spurred on Hollywood actor George Clooney, 52, to want more than the “film heartthrob” and “most eligible bachelor” titles he’s worn so comfortably in the past.

Sounding more like the plot for a James Bond movie, Clooney has used most of his earnings from Nespresso commercials to fund a satellite he helped place over Sudan in 2010 to monitor the military actions of Sudanese President Omar al-Bashir.

The International Criminal Court has charged al-Bashir with war crimes in connection with armed conflicts between the world's newest independent state, South Sudan, and Sudan that have killed as many as 400,000 people and created many more refugees in the western region of Darfur alone.

"I want the war criminal to have the same amount of attention that I get. " Clooney said of al-Bashir's complaints that the actor was spying on him: "I think that's fair," The Guardian reported.

However Clooney, who has had a track record of activism in Sudan since 2003, has been lambasted for his naivety and lack of insight into the complex political dynamics of the country. Sudanese-born writer and commentator Nesrine Malik said: “It is excruciating listening to Clooney's beauty pageant contestant responses to what is actually going on in Sudan.”

Surely intrepid Clooney must have worked out by now that he needn’t have spent so much of his money buying spy satellite’s when his country’s own NSA (National Security Agency) have surveillance on everyone. In fact, there are rumours of a vacancy at the NSA if Clooney is interested.

Fellow Tinsel Town actor Brad Pitt and his charity Make It Right have come under fire recently for building rotting homes for the destitute in New Orleans, after the devastation caused by Hurricane Katrina in 2005. 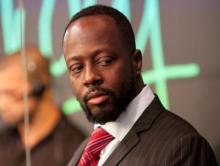 And Wyclef Jean, ex-frontman of chart-topping hip-hop group the Fugees has been widely condemned for the misappropriation of funds given by fans to his charity Yele Haiti, in the wake of a massive earthquake in Haiti in 2010. Some commentators say this PR disaster scuppered Jean's publicly-stated ambition to become president of Haiti.

The mixture of celebrity egos, politics and charity can be chaotic and toxic. Much like the queasy feeling you experience when an actor says he wants to sing and a singer wants to act. We know each should stick to what they do best. In the case of these superstars, the unpredictable business of world charity isn’t their bag.