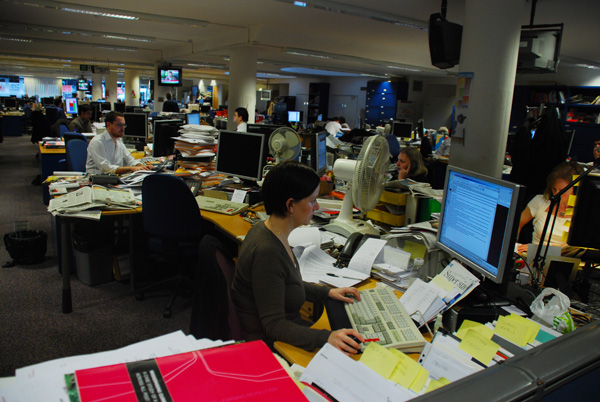 Most Britons of goodwill welcome the government’s riot inquiry panel that has just delivered its interim report. They also accept the calming pleas in Out of the Ashes by David Lammy, the Black MP in strife-torn, multi-racial Tottenham, London.

But there is a much bigger subtext. Did the media spread misinformation and demonise Mark Duggan, the Black, male victim of the fatal shooting by police in Tottenham that sparked the disturbances, fuelling a sense of alienation and distrust among Black people, poor people and the youth?

“Many Black people, particularly young ones, I have spoken with think the “riots” were badly reported”, says Marc Wadsworth, editor of The-Latest.com, a citizen’s online journal. Youth dispute the “nasty stereotypes about them being used by biased journalists”.

These honest accounts of media disenfranchisement are bound to suggest changes in the industry – from reporters to editors to media companies and investors to the public broadcaster BBC. 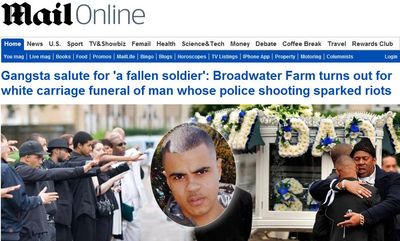 First, journalists must improve their urban reportage. Community news beats should be their training ground. News feature should cover all sorts of local activities and central government responsibilities. They must prove to be better at hitting the pavements and listening to youth – that’s what good reporters do – rather than monitoring Twitter-babble in office comfort miles away.

Journalism schools should teach the benefits of streetwise sensitivity to good reporting. University of Lincoln professor Richard Keeble outlines the ethical basis for improved press standards in his book Ethics for Journalists. He suggests “we must seek to inspire students to be creative and daring in their journalism: to challenge dominant news values, lies, myths and stereotypes,” in his highly recommended book The Newspapers Handbook. 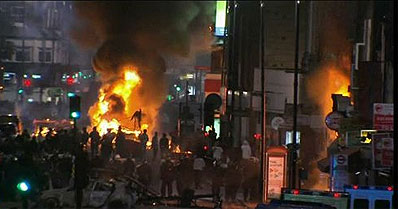 Riot inquiry panellists and politicians must admit what the most knowledgeable Black students know – prominent media sociologists have exposed endemic media biases. Professor Charles Husbands calls for “media democratisation” along ethnic lines in the nation-state, in his UNESCO publication, A Richer Vision: the development of ethnic minority media in western democracies.

“If you feel bad about it, do something about it” is the mantra of Lionel Morrison, the senior journalist and author of A Century of Black Journalism in Britain: A Kaleidoscopic view of Race and the Media (1893-2003). He warned the NUJ Delegates 2011 meeting that the media and society lose when the available skills and perceptions are under-used.

The US is a suitable case for our enquiry panellist and politicians to study. Spiralling 1960s urban riots shocked the US news media out of its complacency. The 1968 Kerner commission post-riot report condemned the media for "failing to portray the Negro as a matter of routine and in the context of the total society". The antidote is “more Black participation in the media and wider coverage,” said the commission.

As a result, US newspapers finally faced up to change, and set goals for minority employment that matched minority representation in the US population. This was at a time when 80 per cent of the US dailies employed no journalists of colour, and less than one per cent of the nation's journalists were African-American. Importantly, the commission criticised the "shockingly backward" discriminatory hiring and promotion practices of the journalism industry.

Britain need not go through the same traumas as riot-prone America. Moreover, now is the time to anticipate and plan opportunities for change. Inquiry panellists should embrace the opportunity to listen to the voices of the unheard and aggrieved youth before their year-end report. 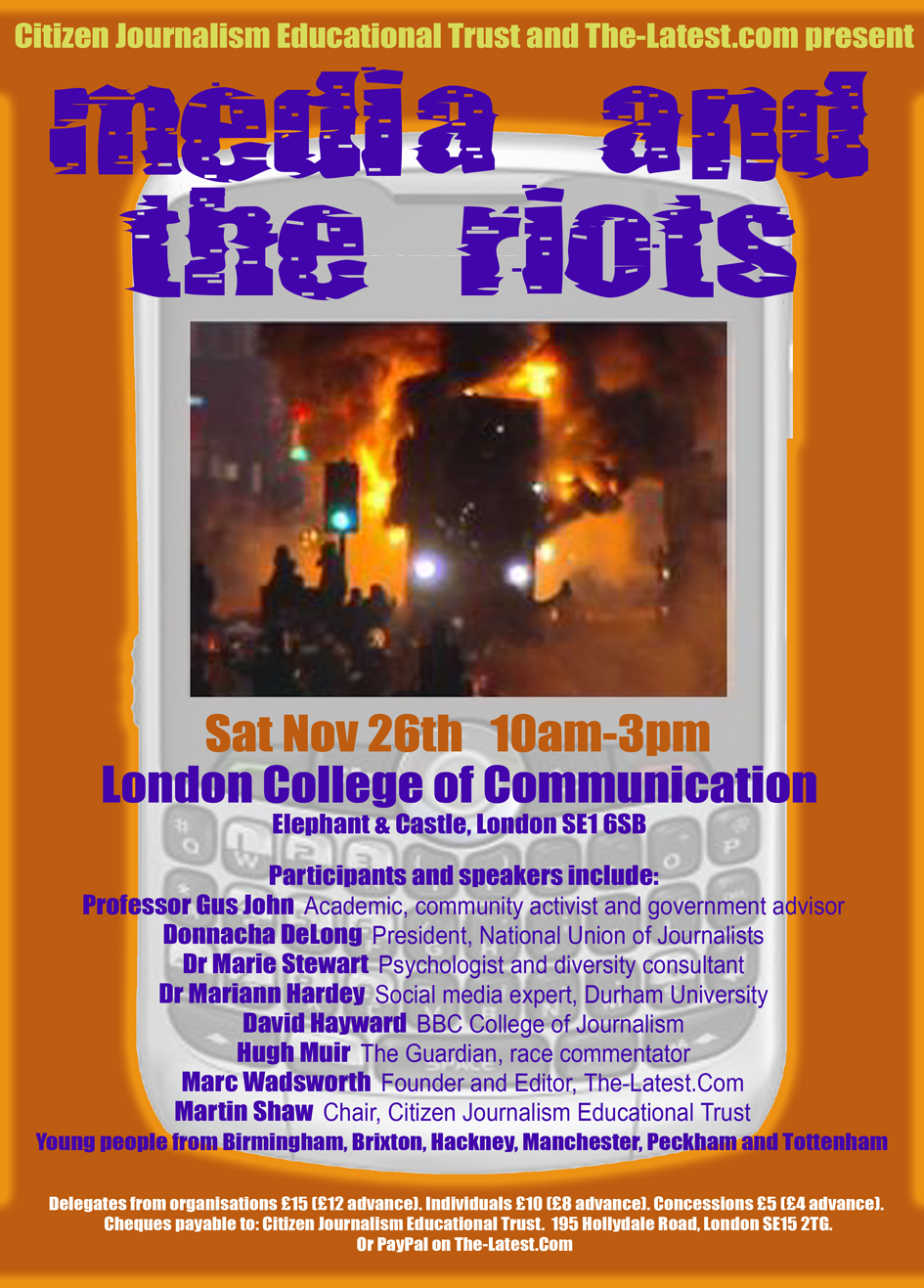 The findings from the key questions raised and answered at the Media and the  Riots event launched in November by veteran reporter, editor and City London journalism lecturer, Marc Wadsworth, will serve this purpose.

• Community leaders ask: Did the mainstream broadcast media like the BBC, ITV and Sky allow their own reporters’ moral attitudes to the emotive events seep into the reporting and how were young people involved in the disturbances stereotyped?

• Journalists seek opinions: Did the news media allow themselves to be manipulated by politicians and police who mobilised a huge PR operation to peddle an agenda that was heavy on law and order crackdowns but light on social and economic causes?

• Parents and “deaths in police custody” campaigners demand action: Did news media collude with police, for instance, by disseminating misinformation and demonising Mark Duggan, the Black, male victim of the fatal shooting by police in Tottenham that sparked the disturbances, fuelling a sense of alienation and distrust among Black people, poor people and the youth?

• Were the voices of the rioters and looters themselves reported?

From these perspectives, it is media disenfranchisement and press standards in urban crises that are at issue. They provide the platform for serious action by the major stakeholders. One, the media workers and bosses. They need to act pro-Publica. This means action for positive coverage and fair practices and representation in the media. 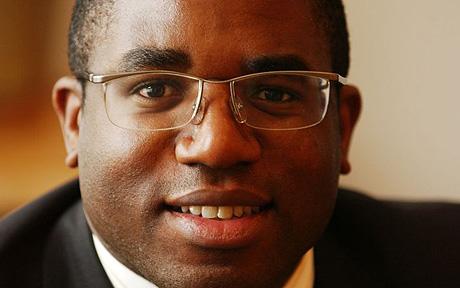 Two, David Lammy, who is of Guyanese parents and grew up in Tottenham, seeks “the causes of the disturbances and their implications for the future”. However, to be relevant to Black and working class people, say critics, he must sup with his Guyanese ancestor and pour libations to his radical parliamentary predecessor, “the African Rebel”, Bernie Grant MP.

Three, Nick Clegg, Liberal Democrat MP, Deputy Prime Minister and patron of the inquiry panel, must address a crucial national issue: why is there no equality and few Black people in the nation’s media?  Why deny access to skills and perspectives that only they have in a globalising multi-cultural nation?

Mr Clegg could use his good offices to launch a media fair play investigation with the captains of the industry and society’s civil rights guardians. Among them the equalities and local government  ministers,  Equality and Human Rights Commission and the government’s ethnic minorities advisory committee, along with Black community representatives and  Liberty, the campaigning protector of civil liberties and human rights for everyone. 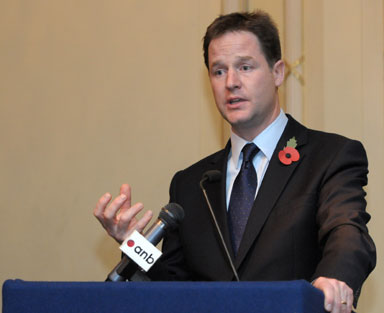 The precedent is there. However, if ministers are timid, justice-seekers are powerless. Fortunately, Clegg has issued a challenge to discriminators in major industries. In his celebratory Scarman memorial lecture 30 years after the Brixton disturbances, Clegg accused the banks, sports and football organisations of discriminating against members of ethnic minorities. Now he needs to tackle the pervasive colour prejudice in the media. For, “Real equality is not just the absence of prejudice. It is the existence of fairness and opportunity too...,” he said.

Yoga For Bodies That Don't Bend