Black music made the white ‘greats’ like David Bowie 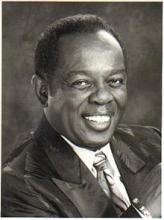 But they do so without so much as a nod in the direction of the Black artists whose music spawned them.

I guess such seminal cultural recognition is not something we should expect from the white boys. The Black commentariat must put right the glaring omission. 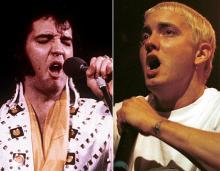 Not to say we don’t have some formidable white allies, including Bowie, who criticised MTV in 1983 for sidelining Black artists. Eminem mocked Presley in a video for ripping off Black music. And John Lennon and Paul McCartney, of the Beatles, owned up to having an encyclopedic knowledge of r&b and soul before they became famous songwriters.

Tom Jones has been quoted as saying he owed his career to Black music. Frank Sinatra once said soul star Lou Rawls had "the classiest singing and silkiest chops in the singing game".

For the late David Bowie, jazz was the great love of his early life. Born at Brixton, south London, and raised at Bromley, nearby, Bowie moved as an adult artist to America. 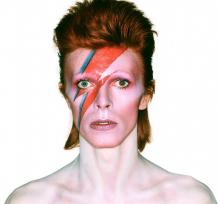 “Like the long line of British pop stars from Dusty Springfield to Adele, who have attempted their own version of American soul, Bowie was unabashedly embraced by the African-American soul establishment,” noted Alex Needham in The Guardian. 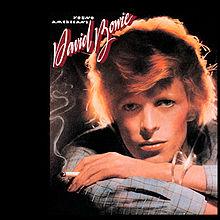 Needham commented Bowie’s acclaimed Young Americans album of 1975 was recorded mainly at Sigma Sound in Philadelphia, in the US, the crucible of Thom Bell and Gamble and Huff’s exuberant but edgy Philly soul sound.

It marked the start of Bowie’s working relationship with the guitarist Carlos Alomar and also introduced the world to Luther Vandross, who sang backing vocals and created the vocal arrangements.

In 1982 Bowie met up with Chic guitarist and frontman Nile Rodgers, who produced for him Let’s Dance, the fusion of funk and pop that became Bowie’s most successful No. 1 album. 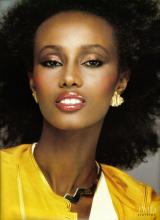 These hidden histories should be uncovered. Laid bare for all the world to see.

In Bowie’s tempestuous sex, drugs and rock’n’roll-fuelled life, it’s fascinating to note that Somali-born supermodel Iman Abdulmajid was the one partner – of the women and men with whom he slept – who lasted almost 24 years with him until his death.

Angie Bowie, the ex-wife (1970-1980) from whom he was estranged for 40 years, once described being with him as like “living with a flame-thrower”.

Yet the cultured, cosmopolitan, multilingual Iman was able to calm the egotistical beast of a superstar. She revealed, in a rare interview, with Harper's Bazaar magazine in 2010, she and her husband would never fight. 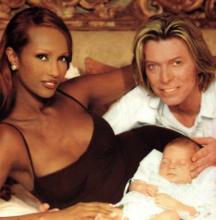 sn't fight. He is English, so he just stays quiet. I'm the screamer. Then he always makes me laugh. It's like cabaret.”

Iman added: “I keep him entertained too. I still fancy him - totally, after all these years.”

She said she loved all of her husband's songs, but her particular favourites were Heroes and Suffragette City - which she and their 15-year-old daughter, Alexandria Zahra, known as Lexi, would dance to.

Intensely private about her marriage, Iman, who lived with Bowie in New York and London, made no media statement after his death. She confined herself to cryptic messages to her 108,000 Twitter followers.

They included: “Sometimes you will never know the true value of a moment until it becomes a memory.”

Under the caption “Rise”, a clearly distraught Iman tweeted: “The struggle is real, but so is God.”

A tweet from Kanye West was widely quoted in the media. He said: “David Bowie was one of my most important inspirations, so fearless, so creative, he gave us magic for a lifetime.”

Pharrell Williams tweeted: “David Bowie was a true innovator, a true creative. May he rest in peace.”

Black music made the white ‘greats’ like David Bowie