Do sports men and women of colour care a hoot about their race? The tennis stars Venus and Serena Williams are proud to be Black and beautiful but there are not many others like them. Former sports magazine editor Marc Wadsworth recalls an historic event 40 years ago at the Mexico Olympics which sparked the debate.

When I saw Britain's haul of medals at the Beijing Olympics this summer - a good number of them won by Black athletes - it made me think of something four decades earlier which was perhaps the most politically significant event in our modern sporting history. At the Mexico Olympics in 1968, two Black American medal-winning sprinters sent shock waves around the world by making iconic Black Power salutes.

Tommie Smith, world-record-breaking gold medallist, and bronze medal winner John Carlos were subsequently banned from the Olympics and sent home "in disgrace". But this act of revenge by the white managers of the US team only served to heighten the significance of what the two 200 metres runners had done.

The brave "salute" in front of a global audience of hundreds of millions of television viewers gave heart to young men like me who felt isolated and powerless in the belly of the beast.

In a little reported act of solidarity, the white silver medal-winner, Australian Peter Norman, wore a civil rights badge at the controversial Olympic awards ceremony. But, while Smith expressed  "No regrets" for his famous defiance and was eventually rehabilitated by white American society to the extent that he became the Los Angeles Olympics organising committee's spokesman, Carlos, Eldridge Cleaver-style, softened his stance. Years after facing death threats and the suicide of his wife, he insisted: "I'm an American all the way. I'm very sad Americans may have misunderstood me the way I misunderstood them." His capitulation was rewarded with a lowly job as an "attendance officer" and athletics coach at Palm Springs High school in California.

Might Black British athletes today make a similar protest? I think not. They have neither the will nor the confidence to do anything other than concentrate on winning a success for themselves that brings with it much financial gain. In general this is due to them being products of the "me first" Thatcher generation. But more specifically it demonstrates the increasing destruction of a Black political identity in Britain.

The British establishment, arguably more successfully than any other, has cleverly incorporated and absorbed racial dissent. This country's booming state-funded "race relations industry" has put many a Black activist, like discredited fat cat London city hall advisor Lee Jasper, on the pay roll and in this way silenced radical voices. It has been more difficult for the British state to do this to longer-established racial minorities like the Irish and now radical Muslim youth. That is why Irish European Championship double gold-medallist Sonia O'Sullivan was not scared of "being political" and proudly wore a black ribbon as act of solidarity with the victims of the devastating Omagh bomb in 1998. 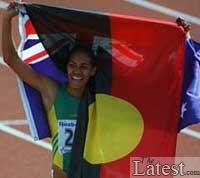 Australian Cathy Freeman draped the Aboriginal flag around herself after winning the 1994 Commonwealth Games 400 metres title. There were calls for her to be disciplined. But the lessons of the Mexico Olympics were not lost on Australian politicians, including the Prime Minister Paul Keating, who won plaudits for supporting her. Freeman went on to win 400m gold in front of a home crowd at the 2000 Sydney Olympics.

Sprint champions Linford Christie and Colin Jackson's Nuff Respect company, which manages athletes, is a multi-racial outfit which has merely appropriated a Black term in order to earn street cred and with it greater commercial profit. The wealthy Christie and John Fashanu, the football and Tv Gladiators show star, seem to have gained no increase in Black consciousness as a result of their brushes with the forces of law and order.

Christie was a celebrated victim of the police's racist stop and search tactic against particularly Black men. Fashanu was fitted up as an alleged illegal fixer of football matches. Both sportsmen have enjoyed considerable support from the Black community in their times of trouble but have not responded  — Lennox Lewis-style  — with support for our causes. Lennox put his money where his mouth is and ploughed more than a million pounds into an east London community college which bore his name.

Millionaire Fashanu, who is of Nigerian descent, has done no such thing in Britain although he is an unpaid ambassador for the international charity Unicef. He makes it clear he is out to make as many bucks in business as he can and will unashamedly use his African connections to do so. Other Black British sportsmen waft in and out of Black communities. Fashion peacock Chris Eubank, the former world champion boxer, took it upon himself to travel to Manchester's Moss Side, in the UK, like a latter day messiah, to appeal for peace after a spate of fatal shootings. Eubank was brought up in London. Now the former multi-millionaire is broke.

Street-wise Ian Wright was wheeled out at a Metropolitan Police news conference to promote Brixton's guns "amnesty". In 1989, his fellow Arsenal football team member Michael Thomas was used for promotional purposes by the white candidate Kate Hoey, undemocratically imposed by the Labour Party leadership to keep out a Black representative in the notorious Vauxhall parliamentary by-election in Brixton, south London, of 1989. 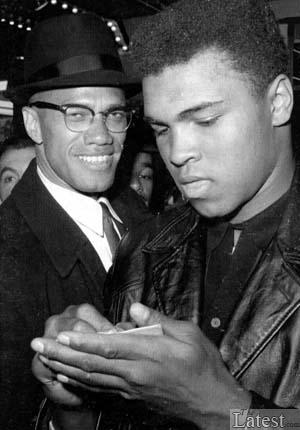 Contrast that with Muhammad Ali's uncompromising stand for Black people and against the Vietnam war which resulted in him being stripped of his boxing world heavyweight title. Unlike Ali, most Black sports men and women are too selfish to publicly identify themselves with the struggles of their communities. People like probably the greatest decathlete of all time, Daley Thompson, show positive indifference to  'the cause'. Thompson, like O J Simpson. Now "the juice" Simpson is facing a life term in jail as a common criminal.

The BBC had no problem allowing Darren Campbell promote his Christian faith on the television after his brilliant 100 metres win at the European championships in 2005. Had he dedicated his victory to Stephen Lawrence and all the victims of racist murders in Britain he would probably have been cut off in mid-speech. To his credit, Campbell did dedicate his medal to the people of Moss Side in Manchester, near to where he grew up.

Perhaps he could have gone a little further and, like the Scottish winner of the 200 metres, opted out of wrapping himself in the Union Jack flag which is so beloved of racists like the British National Party.

* Tommie Smith is in Docklands, London, on Thursday to promote his autobiography at an event organised by the group 100 Black Men. Contact 0870 1214100 for more details.

* Marc Wadsworth was the first Black member of the British Athletics Writers Association and edited Blaqsport.