A self-styled investigative blogger in the US must pay a financial company $2.5 million for a single blog post in which she accused it of tax fraud, after a federal judge refused to grant her request for a new jury trial.

The trial centred on one BankruptcyCorruption.com blog post that the court said was capable of a defamatory meaning. 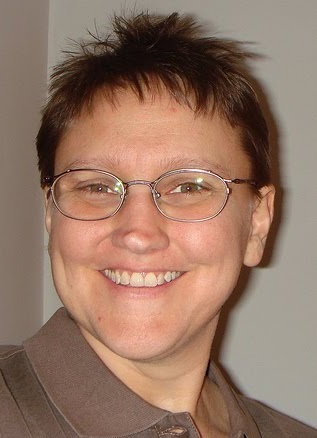 In November 2011 a jury in Portland, Oregan, found Cox liable for $2.5 million in damages based on the one blog post. Cox in January asked US District Judge Marco Hernandez for a new trial.

In an amicus curiae brief for Cox, the Electronic Frontier Foundation called for Hernandez to overturn the jury award as a threat to free speech, excessive, and based on the wrong standard of defamation law.

Obsidian and Padrick filed an opposing brief in January, slamming Cox for disobeying the court's orders.

This week Judge Hernandez denied Cox's motion for a new trial, and elaborated on issues that were not addressed during the one-day trial in November.

Hernandez rejected Cox's arguments that Padrick and Obsidian were "public figures" and that the blog post was a matter of "public concern because exposing criminal fraud is always in the public interest".

"Defendant's argument requires characterising any statement regarding a private individual's or a private corporation's alleged wilful failure to properly report its taxable income as a statement related to a matter of public concern suitable for enhanced First Amendment protection in the context of a defamation claim," Hernandez wrote.

"While every taxpayer could certainly be affected by another's failure to pay taxes, I do not read the 'matter of public concern' cases to encompass such essentially private company."

The judge clarified his position on the media status of bloggers, which was an issue that made this case a cause célèbre among some free-speech advocates.

The judge said he focused on lack of evidence that would establish Cox as a member of the media.

"[T]he uncontroverted evidence at trial was that after receiving a demand to stop posting what plaintiffs believed to be false and defamatory materials on several websites, including allegations that Padrick had committed tax fraud, defendant offered 'PR,' 'search engine management,' and online reputation repair services to Obsidian Finance, for a price of $2,500 per month," Hernandez wrote.

"The suggestion was that defendant offered to repair the very damage she caused for a small but tasteful monthly fee. This feature, along with the absence of other media features, led me to conclude that defendant was not media."

"[E]ven assuming that the Oregon Legislature's purpose in passing the retraction statute was to protect statements made in a broad range of media outlets existing at that time, I cannot discern from this purpose that today's Oregon Legislature would expand the statute's protection to all statements published on the internet," Hernandez wrote.

"Statements on the internet range from those made by traditional print publications such as daily newspapers (e.g., nytimes.com), to those more typically associated with a community bulletin board (e.g., craigslist.com). Given the breadth of the information available on the internet, one cannot presume that today's Oregon Legislature would amend the retraction statute to include all statements made there."

Finally, Hernandez found that the $2.5 million award was not excessive because Obsidian Finance's success is based on its reputation, and there was evidence that potential clients had seen Cox's statements on the internet.

"Defendant made the post having been fully informed that plaintiffs alleged the tax fraud statements to be false. She purposefully manipulated the posts to give them the most prominence in response to a search query," Hernandez wrote.

On Cox's website, where she investigates alleged fraud and scams in business, she prominently features the quote, "First they ignore you, then they laugh at you, then they fight you, then you win," often attributed to Mahatma Gandhi.

*This story first appeared on the Courthouse News Service website.