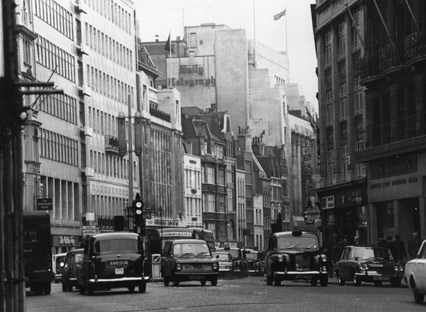 Unhappy beginnings in life. Some people monetise them by turning out misery-memoirs. Others spin gloom into gold by taking against the world, like the scowling angry bastards on The Apprentice, egged on by Lord Sugar, whose unfocused rage has given his face the lineaments of a testicle. Some inflict lives of misery on others; some, on themselves.

But occasionally you get those in whom early blows seem to have awakened a bright, affable and sympathetic disposition.

The octagenarian hack - and I use the word in its most honourable sense - Peter Paterson is one such. His (unmarried) mother rejected him; his granny looked after him until he was four, when he was dumped in the repugnantly Victorian Spurgeon's Orphans' Home where he was duffed up, stabbed, and beaten, before being chucked out, aged 14, with a suit, a bible and a ten bob note.

You'd predict a life of despair. Booze and the gutter, maybe, or perpetual self-pity. But as Much More of This, Old Boy? (it's what the copy-takers used to say to discourage hacks phoning it in) shows, you'd be dead wrong. What followed was getting on for 60 years in Fleet Street, and what Alexander Chancellor has described as "a life of almost unnatural contentment".

From the Welsh valleys in the war (evacuated away from doodlebugs) he heads for Wandsworth and shorthand, after which a cub reporter's job pops up on the Fulham Gazette. Shorthand! Cub reporters! Already it seems like is another age. 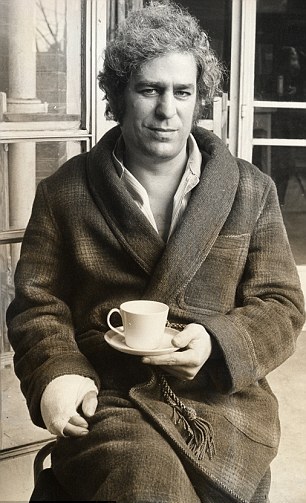 On National Service (as a clerk in Paris) he meets Montgomery and Eisenhower. Then Fleet Street and the Daily Telegraph: Paterson was industrial correspondent when we still had industry and Mrs Thatcher and the unions - for whose leaders he had some sympathy - were destroying it. Once they'd done so, he became television critic and until a few years ago, when he retired at 75, he charted the downfall of that once-promising medium.

Not even the narrowest of escapes in the 1975 Moorgate train crash could dent his spirits.

If you could bottle what makes Paterson tick, you'd put Prozac out of business. How did he turn out like that? What was the trick of the light or the particular angle of personality which made him so happy after such early disadvantages?

We don't know. All we know is that we're not like that and we're the worse for it.

The other, and fascinating, strand in his story is one we're also arguably the worse without. The Fleet Street of which Peter Paterson was a denizen wasn't just a physical location but a psycho-geography which shaped those who carried on the inky trade - emphatically not a profession - into a recognisable class of being: clubable, marginally dissolute, unimpressed, unpretentious, tolerant of idiosyncracy, intolerant of hypocrisy or sanctimony, anti-authoritarian, pissed much of the time, and, despite it all, oddly diligent.

Fleet Street not only tolerated but cherished its "characters". Men like the great Percy Hoskins, chief crime man for the Mirror, who would stand near the door of El Vino in a five-piece, triple-breasted suit apparently from opening to closing time, drinking champagne except at mealtimes when he'd switch to claret to show willing.

People like the night editor, also on the Mirror, who allegedly rushed into the Stab - officially The White Hart but always known as The Stab In The Back - and tried to persuade his colleagues to put down their drinks and come back to the office to address the potential nuclear holocaust unfolding over the Bay of Pigs, culminating in his anguished cry of "But you don't understand! This could be fucking Armadillo!"

I was lucky enough to catch the very end of the old Fleet Street. Apart from the spirit of the place, what sticks most vividly in the mind was the texture. In a world now seen mostly through glass, the sensory memory seems a century away: the smell of ink, the curses of the compositors, the rolling thunder of the presses, the spindrifts of paper, the carbon copies ("blacks"), the rattle of typewriters, the shouts of "Copy!", the haze of tobacco-smoke, the curling photographs, the library clippings, the languor of the leader-writers, the rubber stamps, the paper-clips: an entire physical world now lost forever.

Yet despite the diaspora - scattering a trade built on gossip to Canary Wharf and a former Kensington department store - the spirit survives.

Not in the new world of journalism, where (cheap) opinion beats (expensive) reporting, where journos regard themselves as thinkers and celebrities and opinion-formers, where weeks can go by without one hack meeting another, where it is no longer de rigueur for cartoonists to die of lung cancer and hacks of cirrhosis... no.

It survives in the loose online world, where the political hard stuff is done by bloggers like Guido Fawkes and Iain Dale's Diary, and where the hapless takers-out of "super-injunctions" can be outed on Twitter while the mainstream media are forbidden even to name the Twack involved.

One day, they too will come to see themselves as respectable and important, and the circus will move elsewhere. But whether they'll throw up people and memoirs as interesting as Paterson: that's a different story altogether.