Yesterday, Pakistan experienced its own 9/11 massacre after a suicide bomb blast tore through the Marriott hotel in the heart of the country's capital, leaving 53 dead and hundreds severely injured.

Murder in the name of Islam

Pakistani politics takes a new turn after former Prime Minister Nawaz Sharif extracted his party out of Pakistan's ruling coalition on Monday, a move likely to concentrate power with parties hoping to preserve the country's alliance with the United States.

Author dies before his time

Submitted by meliha hayat on Tue, 08/26/2008 - 19:21
It was recently announced that the co-author of the best selling book  "100 Things to Do Before You Die" has died aged 47 having achieved almost half the items on the list.

What next for Pakistan? 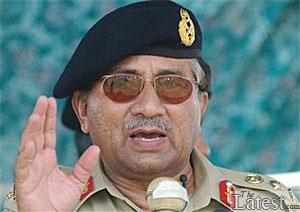 Iron ruler President Pervez Musharraf's departure from office this week was greeted with over enthusiastic rejoicing in the streets of Pakistan.

Love for all hatred for none

Submitted by meliha hayat on Sun, 06/22/2008 - 15:31
Hazarat Mirza Masroor Ahmad, the spiritual leader of the worldwide Ahmadiyya Muslim Community called for global peace and harmony, persuading the gathering at Westminster this week to take practical steps to abolish all forms of extremism.

'SUPERCALIFRAGILISTICEXPIALIDOCIOUS'- is truly the only word that best describes this Disney creation.

Opposition leader Benazir Bhutto's assassination in Pakistan has been dubbed not only as a devastating blow for the country's attempts to restore  'democratic rule' but was also a personal tragedy for many liberal minded people across Pakistan.