Why we have to fight for peace

Twitter is according to me a great invention. Rather Social Networking as a whole for that matter, and Twitter specifically. It gives us, common, young urban professionals a platform where we can know, question, debate, and shake the foundations of the very basic hypocritical, politically correct, propaganda machine...the paid media.

Without being high on grass, and listening to "We don't need no education", I guess we should question the spoon feeds that our "free, fair, and truthful" media carefully chooses for us.

Why Africa can and we can't 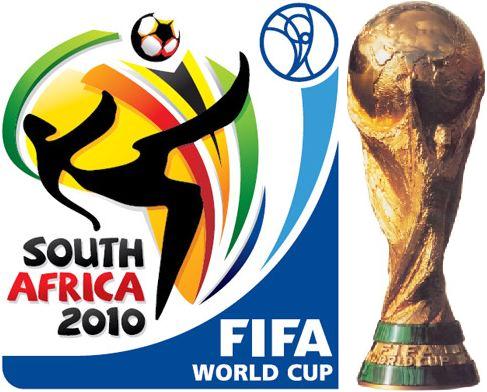 Footie World Cup has arrived! The phrase the "greatest show on planet earth", is the most cliched, hackneyed description used by us reporters. I have to wait four years for the big game and this time it got a little less of a welcome from me.

Submitted by Sumantra on Fri, 05/28/2010 - 16:48
Lets face it...I hate tribals...Maoist influenced that is. Sounding controversial? Sick and depraved? Well yes...'cause no matter how many times Arundhati Roy keeps on saying that they are Gandhian with guns, or other left-lib intellectuals apologise on their behalf and justifies their cause, I will never be able to sympathise with their cause ever, since the death of hundreds of my fellow civilians in their hands after the recent landmine attack or the train derailment caused by them.

May Day observed in South Asia...

May First, which is widely known as May Day, or the International Labours day, was widely celebrated today across South Asia. May Day first began in Chicago, US, in the late nineteenth century, by workers of various trade unions demanding an eight hour work day. Since then this day is synonimous with working class movement across the world. In South Asia too it was widely celebrated, though in varied ways, due to the different situations prevalent in the different countries and the different political spectrums.

India on the verge of a civil war?

I was closely observing my country as it is going through one of the toughest phase in it's history, a history consisting almost solely of violence since the birth of the modern India in 1947.

This phase, highly underreported in World media, and the ruling coalition government consists of terrorist attacks, rise of Maoism, increase in drug related crime, and internal social disturbances due to regional and separatist forces inside the country.

Well...it's war time again. The annual weblog awards are here upon us...

As you people know, you can nominate blogs for various categories given here, and if they win then...well, they become famous...

So if you people are kind enough...you know...to... ( looks up, whistles a little nervously, *phew* )...I mean nominate our name for the awards, in any category that you find fit, like humor etc. and please do remember how proper, nice and polite I was in this post...

Well well...let's just say, I got a my type of work, of polluting cyber space with sarcastic and snarky, but highly insightful and analytical political masterpieces. (Okay okay, those who know me here, please stop laughing!)

Twitter is again in news, for all wrong reasons though...and so is India's handsome Minister of States for External Affairs, Shashi Tharoor.  The matter in debate this time, is a harmless, and innocuous one liner. Apparently, Indian ministers, on the direction from the ruling Indian National Congress, is on an austerity drive, avoiding 5 star hotels, and travelling in the Economy class, to show solidarity with people suffering from floods, across the nation.