Submitted by Sumantra on Mon, 02/23/2009 - 14:31
David Miliband learned that "words matter the most in diplomacy", as he looks back to his most disastrous foreign trip yet, to India in January '09. Believing that he did the right thing anyways, the British Foreign secretary however stopped short of an apology, but it is the closest you can get.

Submitted by Sumantra on Tue, 02/10/2009 - 18:51
Apparently Indian young urban educated women have found out a unique way of protesting against Hindu ultra-rightist groups. More than 7000 thousand people from all over the country and abroad too, including men have already joined this group which is snow-balling itself in the last one week as the fastest growing international community, which calls itself the "Consortium of pub-going, loose and forward women" (CPLF).

The goofs of Dubya...The "misunderestimated" president.

Submitted by Sumantra on Tue, 02/10/2009 - 16:42
GEORGE "Dubya" Bush will go down in history as one of the most controversial U.S.A. presidents of all time probably. Howsoever one's perspectives might vary about his policies, one can't help but love his trademark goof ups. Here are some hillarious ones:

"They misunderestimated me."
Bentonville, Arkansas, November 6, 2000

Submitted by Sumantra on Mon, 02/09/2009 - 20:51
I had been a great fan of James Bond since my childhood, so naturally after returning from my University project, when I grabbed the DVD of "Quantum of Solace"...I was excited. Well ironically watching this one left me with frustrations of gargantuan proportions.

New moves to gag the media in India 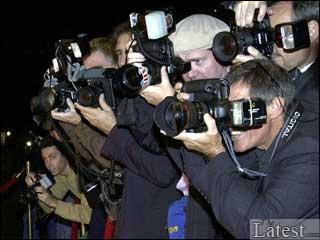 This has been an eventful week. The inauguration of Barack Ombama as President of the US dominated news coverage in the media as well as the United Nations outcry over the Israeli destruction of Gaza, the ongoing fighting in Sri Lanka, the war of rhetoric between India and Pakistan, and the global economic crisis officially hitting the U.K.

I stand here today humbled by the task before us, grateful for the trust you have bestowed, mindful of the sacrifices borne by our ancestors. I thank President Bush for his service to our nation, as well as the generosity and co-operation he has shown throughout this transition.

We must speak up for Palestinians being slaughtered

Submitted by Sumantra on Tue, 01/06/2009 - 10:46
Efforts by the United Nations to pass a resolution to stop the escalating violence in Gaza have failed due to disagreement between various nations, chiefly the refusal of America to support a Libyan draft resolution which killed the initiative.

Throughout history, human beings always thought that they were utterly dependent on nature and that nature will provide forever. People knew that in this world everything is interconnected and thus, every action has repercussions and responsibilities. Over the past century, that myth and sense of this protective well being has been shattered so we no longer see it with clarity. 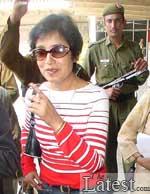 Freedom of speech, Islamic fundamentalism, vandalism, rioting … do these words sound familiar? Yes, these are the issues that have rocked the state of West Bengal over some passages of a book Dwikhandito (broken in two) by controversial author Taslima Nasreen.

Have you ever wondered what railway stations, bus stops, religious places, and footpaths or for that matter, public toilets in the sub-continent have in common? Perhaps, you guessed it right - they are infested with beggars, probably the most efficient and industrious set of professionals I have ever encountered.