England’s first halfpenny morning paper, The Northern Echo, comprised just four pages in the late nineteenth century, two of which were given over to advertisements.

But this lack of space didn’t stop Wiliam Thomas

Stead – its editor at the age of just 22 – from using the paper to rail against the local sex trade and its exploitation of young women. He campaigned too for a repeal of the demeaning Contagious Diseases Acts that allowed police officers to arrest women suspected of being prostitutes in ports and army towns.

Stead later managed to inflame his north east readers with fury about the slaughter of thousands of civilians in faraway Bulgaria, gaining the admiration of prime minister WE Gladstone and Oxford historian EA Freeman who declared the Northern Echo “the best paper in Europe”.

For decades, the craft of local, investigative reporting has continued, practised largely by regional newspapers like the Northern Echo. In their heyday, with several hundred journalists on staff, newspapers gladly invested in the painstaking, time-consuming and unglamorous reporting that often lead to breakthrough stories.

In the 1960s, in Stead’s place, Echo editor Harold Evans campaigned successfully for a national programme for the detection of cervical cancer, against air pollution on Teesside and for a pardon for Timothy Evans, a lorry driver hanged for murder but guilty of little more than sharing a house with serial killer John Christie.

Peter Barron, who recently stepped down as Echo editor, recounts how in 1999 he watched his friend, Ian Weir, declared dead by paramedics in his Darlington home, after waiting nearly eight months for a triple bypass. An investigation by the Echo found that UK heart patients often waited 18 months for lifesaving bypass surgery, compared to three months elsewhere in Europe. The Echo’s campaign pressured prime minister Tony Blair and health secretary Alan Milburn to cut average waiting times from 18 months to 18 weeks.

Some of that local investigative and campaigning journalism continues. How would we know, for example, that almost 400 youngsters in the region are at risk of being groomed for sex, unless a Northern Echo investigation had recently revealed it? Would the public have ever seen confidential documents alleging that Cleveland Police buried an accusation of historic child abuse made against the then chair of Cleveland Police Authority, if Echo reporters had not spent a year investigating it?

When Harold Evans left for London to edit the Sunday Times in 1967, the Echo had a daily readership of 114,000. Today? Just 25,000 and falling at a rate of almost 10 per cent per annum. And the ability of local newspapers to hold local leaders to account is suffering as a result. 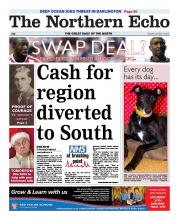 When Barry Nelson was made redundant by the Echo, his role was not replaced. In 1999 there were more than 100 journalists in the Echo newsroom – now, there are around 50.

There will be last-ditch deals to share content and merge newsrooms. But the lights on our north east newspapers – the Echos, Journals, Chronicles and Gazettes – won’t stay on for long, destined to join the 198 local newspapers around the country that have closed since 2005.

Few tears will be shed at their passing by politicians, council leaders or police chiefs, contented observers of the diminishing power of “mainstream media”.

Today, the “power of the media” rests not with press barons or newspaper moguls, but with the tech mavens of the west coast (of the U.S.), who act as editors, setting our daily news agenda, filtering what “content” we see. With 1.6bn users, Facebook has become the dominant way for people to find news, connecting us with the wider world, while disconnecting us with the locality around us.

Perhaps that’s unfair. Facebook is as good a forum for the sharing of local community events, photographs and memories as local newspapers. Twitter is an effective, quick-fire debate chamber for local issues. Google algorithms mean we can get information about a local business faster than we can find it in a local newspaper.

But when it comes to telling us how our towns and cities are being run or policed, social media lacks the local knowledge.

The habit local papers developed for publishing the mundane and banal was important in its own right, but the reporting of courts and council meetings also built a systematic structure for grassroots information gathering, a foundation on which investigations could be launched, directing noses to be poked where they weren’t wanted. 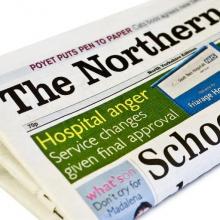 Today, newspapers no longer have the staff to examine the agenda of each council meeting, let alone attend them. “Plenty of councils are looking forward to the demise of local newspapers because they hold them to account. They see them as a pain in the arse,” says Peter Barron. “There are certainly councils that would love to see the back of the Northern Echo.”

Yet as parts of Britain, consider more devolved powers, the dearth of local news reporting is creating what BBC news chief James Harding describes as a “democratic deficit”.

Yes, the internet has opened up new possibilities for data-led and collaborative investigative reporting. Yet as databases and spreadsheets replace contacts and notebooks, there is a danger that human information is being underrated. And while thematic, crowd-sourced and funded journalism will shine a light on important national or even global issues, it is less likely to resource the kind of local stories that have emerged from grassroots reporting.

Like the story of Alex Walker, an 11-year-old who wrote the same word in his school diary against every Monday, Tuesday, Wednesday, Thursday and Friday morning: “Sad.”

Alex suffers from severe dyslexia, which has restricted his learning to such an extent that experts say he currently has the reading and writing age of a five to six year-old. His mum, Julie, wanted him to receive specialist teaching from a school that had strong results with children with dyslexia. But Birmingham City Council had refused to even consider sending Alex to that school, which would have cost the council £13,000 per year.

So what did Julie do? She asked her local newspaper, the Birmingham Mail to investigate. Within 48 hours, the council had relented. “It’s only local newspapers that find a place for these kinds of stories,” reckons Jeanette Oldham, the Mail’s investigations editor, whose most recent award-winning investigations have included council cover-ups of links between Asian cabbies and child sex victims, a cancer surgeon with unacceptably high death rates, and the alleged Trojan horse plot to impose radical ideas in Birmingham schools. 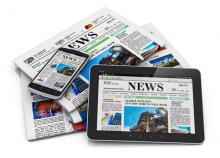 Oldham’s modus operandi has changed little in 20 years: “I rely on my contacts, people I’ve encountered and with whom I’ve developed a professional relationship over a long period of time. They’re people who tend to not speak to other journalists. They’re not whistleblowers, not the kind of people who would give up a job to blow the lid. But over time they share things which they don’t think are right. And like me, they feel passionately about the public’s right to know the information that is being withheld, about what is being done in our name with our money and, supposedly, for our benefit.”

Perhaps, the privately-funded investigative role played by local and regional newspapers for the last century has been an anomaly. When newspapers disappear, one option that will have to be considered will be the state funding of local reporting, as a means of reducing the “democratic deficit”. Research suggests that when a local newspaper closes, fewer people vote in subsequent elections, fewer candidates run in opposition to the incumbents and so incumbents have a better chance of being re-elected.

State subsidy would be unpopular and problematic, not least with journalists themselves. Jeanette Oldham is not in favour of government funding, yet concedes that plenty of public money is being invested in press offices and corporate communications. “Police forces, councils, the NHS and others are investing huge sums to create an image of themselves that isn’t the reality,” she says. “There seems to be more press officers at the same time as there are fewer journalists like me to challenge and hold them to account.”

Government must also consider the impact on local journalists of measures like the Investigatory Powers Bill, which places reporters’ sources and whistleblowers at risk. Police forces have already tried to use the bill’s predecessor, the Regulation of Investigatory Powers Act, to access the phone records of reporters at the Northern Echo and other newspapers.

Journalists make as many foes as friends, but even the enemies of investigative reporters occasionally acknowledge their value. When asked his opinion, Thomas Jefferson, a man vilified by newspapers on a daily basis, replied: “If I had to choose between government without newspapers, and newspapers without government, I wouldn’t hesitate to choose the latter.”

There will be a new chapter for hard-driving, investigative reporting after the newspapers have gone. The story of local, hard-hitting, policy-changing stories is unfinished. But we need help to write it.