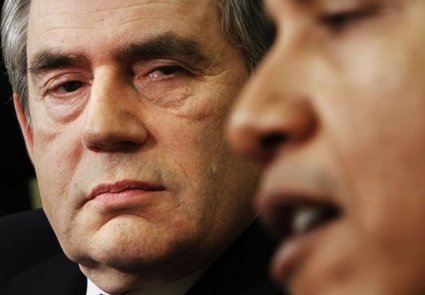 More than 40 per cent of the British population would choose American president Barack Obama as their desert island companion rather than the UK's prime minister, according to a new poll.

This is according to research undertaken by PRS for Music, the organisation that collects royalties on behalf of composers and songwriters.

While Obama topped the list, UK Prime Miinister Gordon Brown was the least popular choice polling with just two per cent of the votes.

Perhaps unsurprisingly, the second most popular choice of politician was "none- I’d rather be alone".

Results gained from the same survey also revealed the British public’s top ten songs they would chose to take with them to a desert island.