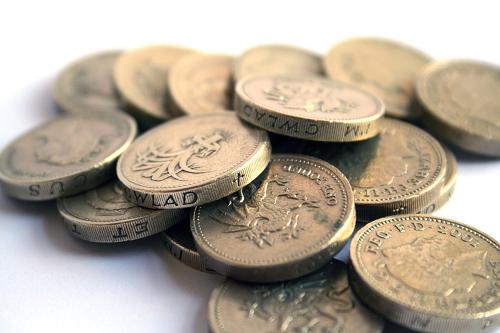 UK Chancellor of the Exchequer George Osborne was accused of an attack against the poor as he announced in his emergency budget that VAT would rise to 20% in January writes Jon Land.

The increase, from 17.5% at present, comes despite the Tories' claims before the general election that they had no plans to put up the sales tax in their first budget.

The Liberal Democrats actively campaigned against it.

But the Chancellor, flanked on the Government benches by the Tories' Lib Dem coalition partners , said the VAT hike was inescapable. 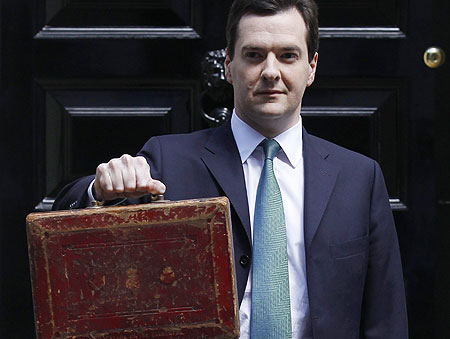 Struggling to be heard over Labour jeers, Mr Osborne told the Commons: "The years of debt and spending make this unavoidable.

"This single tax measure will by the end of this Parliament generate over £13 billion a year of extra revenues.

"That is £13 billion we don't have to find from extra spending cuts or income tax rises."

The 17.5% rate of VAT has been in place since 1991, except for the temporary reduction to 15% introduced by Alistair Darling as the last Government sought to tackle the recession.

It applies to all purchases except certain exempted goods such as basic foodstuffs, children's clothing, books and newspapers.

Mr Osborne promised that the coalition Government would maintain exemptions for everyday essentials for the rest of the parliament.

The reduced VAT rate of 5%, for items including domestic fuel and power, will stay the same this year.

But the British Retail Consortium said the VAT rise would hold back the recovery and affect jobs.

Director general Stephen Robertson said: "It'll hit jobs, consumer spending, the pace of recovery and add to inflation but we accept the Government has no easy options.

"It's some consolation that the range of VATable products isn't being extended.

"Changing computer systems and shelf prices on tens of thousands of products is a huge, costly exercise for retailers. Planning for catalogues is a particular nightmare.

"The start date, in the middle of the busy and crucial post-Christmas sales period, will be difficult but retailers would rather have more notice than less."

Consumer groups warned that the increase would have a disproportionate impact on the poorest members of society.

Mike O'Connor, chief executive of Consumer Focus, said the budget would be "setting off alarm bells".

"Thousands of the things we buy everyday are going to get more expensive," he said.

"The VAT rise will hit the poorest consumers hardest as people who earn least already spend proportionately more of their income on VAT and it will be even more important for consumers to shop around for the best bargains.

"All too often the poor pay more because many don't have access to cheaper online or direct debit deals and often have to resort to higher cost borrowing."

A further move to increase insurance premium tax in line with VAT would also introduce "difficult choices" for the less well-off.

"Putting up tax on insurance may lead to already hard-stretched people deciding it is a safety net they can live without," Mr O'Connor said.

"For the poorest consumers this would make the unexpected, like being burgled, a disaster, and may force more people to borrow from expensive lenders in order to get by."

The VAT rise was widely expected, and the Tories had been careful not to rule it out, but the new 20% rate was at the top end of the spectrum of predictions.

It will now be about the average rate for sales tax in the EU, according to financial services firm KPMG.

Previously it was the third lowest rate in the EU, but next year it will be the joint 12th highest out of the 27 members.

Gary Harley, head of indirect tax at KPMG, said: "Retailers will be relieved that the widely trailed VAT increase will not come in until January 4 next year, meaning that Christmas and New Year sales will be protected from it.

"But 2011 could be a hard year on the high street as prices go up to accommodate the new rate."

The shadow education secretary has said since the election that Labour should have ruled out a rise in VAT during the campaign - something then chancellor Mr Darling failed to do.

Writing on his blog today, Mr Balls said: "As we feared, the Tories have done what they've always done in the past and raised VAT - their favourite tax.

"And they're doing so with the full support of Nick Clegg and the Liberal Democrats, who campaigned against a VAT bombshell during the election.

"Increasing VAT to 20% is deeply unfair - it hits the poorest families the hardest including pensioners and the unemployed who don't pay income tax or national insurance.

"And it will be damaging to jobs, growth and our economic recovery."

John Walker, national chairman of the Federation of Small Businesses, said: "Government plans to hike VAT to 20% from 17.5% will hurt small businesses in the high street.

"However, we are pleased that there is some time to go before the increase takes place and it is interesting to note that common sense has prevailed with the increase coming into play on January 4 2011 and not on New Year's Day, giving small firms time to prepare."
VAT hike 'will hit poorest people hardest'