Bug dilemma: to eat or not to eat 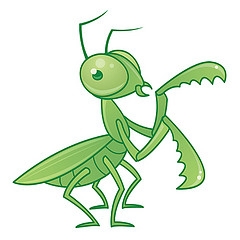 It happens on I'm a Celebrity Get Me Out of Here but is eating insects healthy and environmentally friendly and, if so, should we swallow creepy crawlies? Ylenia Lemos got a first-hand taste of the subject.

My mouth wasn’t exactly salivating when the crickets and locusts salad was placed on my table at an exotic restaurant in west London. After having carefully examined the salad and double-checked with the waiter that it was okay to eat it, I took my first bite. Very crunchy.  Not so bad after all, but the chilli and garlic sauce made it easier. And for dessert: baby bees with crème brûlée and a chocolate covered scorpion. Again, crunchy. “You can eat the scorpion’s sting,” says the waiter.

“If you chew it properly it won’t sting you and you won’t die.” Cheers. “I’ll cut it off.” “Are you scared?” he says. I’d rather not die eating a scorpion sting thank you. Leaving the restaurant thinking I had paid a bit too much for bugs, and still trying to get over the psychological nausea of having eaten them, I felt proud and adventurous.

What’s all the fuss about eating insects anyway? Entomophagy - insect eating— is practised amongst 70 per cent of the world population according to Stuart Hine, an entomologist at The Natural History Museum. Scientists claim that eating them will benefit both our health and the environment. But whether London - being the multicultural and open-minded city that it is, is prepared to do something about it, is not clear. Brits already eat reconstituted bugs in cochineal for example, but eating insects alone is a different story.

Sian Porter, a dietician at the British Dietetic Association, says insects are high in protein, and have fibre, sugar, and minerals. To benefit from their nutritional properties, we would have to eat a substantial amount. Laura Parr, a nutritionist who works for Jamie Oliver, says we need at least 100 grams of insects to get the same amount of protein as a 150 grams chicken breast. “It’s about nutrient density”, says Sian— the amount of nutrition per gram of food.

In the British diet, lean chicken, fish fillet, meat and eggs are all rich sources of protein according to Laura. Insects however are low in cholesterol, unlike prawns and certain meats—both excellent sources of protein.

“I would try insects but I wouldn’t make them part of my diet. There are more plausible ways of encouraging people to get protein,” says Laura.

Perhaps London could do with an alternative nutritious low-fat food product. Figures published last month by the NHS Information Centre show that in the capital, the rise in obesity admissions was giving A&E departments a tough time. Staff had to cope with 2,117 more cases over the past year compared to 10 years ago. Helen Crawley, a reader in nutrition policy says, “if you can’t even get people to eat vegetables, why would they eat insects?”

Helen, who is a vegetarian, says that there aren’t any health benefits in the creepy crawlies. “It’s a ridiculous argument.” She says that currently in the UK diets are high in protein and that insect-eating countries eat them out of necessity. “We don’t have a shortage of protein. We haven’t even persuaded people to grow tomatoes in their house; one step at a time.”

But is it better to keep insects or animals if we wanted to swap one for the other? Are they transferable? The health and safety issues or the animal husbandry circumstances are unknown, says Helen. “We don’t have any mechanism to do it. It doesn’t make sense to invest efforts to get insects into our diet.”

Sian—the dietician, says there could also be issues with toxicity. A lot of careful background work would have to be made. The insects themselves could be poisoned by things they ate, “and we wouldn’t know anything about allergies”.

Sian says the nutritional element would be secondary. Introducing insects into our diet could help the environment. Leading food brands are increasingly using the Carbon Trust black footprint logo. But are people in the capital concerned enough about the impact their food choices have on the environment to the point where they would eat insects? “Unlikely”—says Helen. She says it’s tokenistic and most people don’t support the label because they can use it to their own end. She says, “so you end up with a packet of walker crisps that says ‘low carbon’ but what does that mean?”

Edible in London is the only licensed company in the European Union who imports insects from all over the world and who grows them too. It provides Selfridges, Harvey Nichols, and Fortnum and Masons with their scorpion vodka, ant lollipops, tarantulas, chocolate ants and other insect confectionary products.

Todd Dalton, the owner of the company, says that eating more bugs instead of meat would help the environment as long as the insects were indigenous to the countries that they are being eating from. “In the UK we should be eating earthworms, grasshoppers and species of ants that are available here.”

According to Stuart Hine, insects are not a more efficient way to get protein than eating cows or chicken. The eco argument doesn’t apply in the UK. The entomologist says we won’t be able to rear a sufficient numbers of insects that will prove to be a reliable, consistent, cheap form of protein to replace meats, fish, and eggs. He thinks it could harm the environment if people started picking insects up in their back yard, parks, and local nature reserves.

Nevertheless, the cultural barrier remains the strongest factor hindering the expansion of the edible creatures. According to Stuart, even if we could provide insects to supermarkets, they wouldn’t catch on. “We are used to very traditional eating; it’s how we’ve been brought up. We mock the French because they eat snails.”  Sian Porter says: “our food choices are influenced by many other things other than nutrition”.

The head chef at Archipelago restaurant Daniel Creedon, who eats insects regularly, says dealing with bugs in the kitchen was shocking at first. “No training prepares you for this.” He bakes the insects in the oven to make them crispy and then fries them with the seasoning. “In most cultures you would eat them much softer but here people don’t want something squidgy.”

According to the chef, people could get accustomed to the creatures. “The success we have had shows that people are interested and happy to try them. It’s a matter of overcoming the psychological barrier.”

Paul Malcolm, the manager of the confectionary department at Selfridges and a salesperson at Fortnum and Masons say their insect products are “extremely popular”. Stuart, who hosts edible-bugs events at the Natural History Museum, says many people try them there.

Tom Qesaan, head chef at a Thai restaurant in Holborn, says he won’t be introducing bugs into his dishes. “People won’t eat that in London!” Consultant dietician at Your Diet Matters Ruth Kander says, “insect eating really has no future in our society.”

Currently, insects in the UK have to be imported. Graham Belcher, who often eats insects, is the Archipelago restaurant manager. He says the bugs arrive from China soaked in vodka, for preservation.

According to the entomologist, Stuart, wild insects will never be numerous enough in the UK because they cannot be found naturally so they would have to be farmed. “We could farm insects in the UK but our climate is not ideal,” says the owner of Edible, who provides Archipelago with some of its insects. “When farming invertebrates on that scale, it takes one pathogen to get in amongst your livestock and everything collapses.” According to Todd, the factor that hampers their production is the lack of demand.

Todd, who also eats bugs, says he wouldn’t provide supermarkets with insects because it’s not a mass-market product. “If there was a huge demand for insects here, I’m sure Tesco’s would sell them.”

For now however, these creatures are expensive because they require a lot of shipping and heat. And as Todd explains, numerous health checks have to be made to ensure they are suitable for consumption.

MERELY AN ADVENTURE FOR THE CAPITAL?

It doesn’t look like we’re going to see Boris Johnson eating insects on TV anytime soon to fight obesity in London and it’s not something world leaders discussed at the UN climate change conference in Cancun last month.

London may not be ready to take entomophagy further than merely an adventurous rare experience, but according to Stuart Hine, there is a future for animal protein from insect sources. He suggests getting nematode worms, rearing them in massive incubators and turning them into a texturised animal protein. But he says eating more raw insects is always going to be just a gimmick in the UK. He might be right, but I wouldn’t mind going back for another crickets and locusts salad and a chocolate covered scorpion (without the sting).