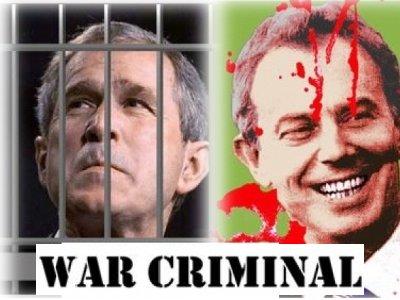 We live in a world ruled by people who call evil good and good evil. They designate people, the powerful ones, as being worthy of respect and admiration, writes Margaret Kimberley.

The presidents and prime ministers are given a pass, no matter how awful their actions, as long as they do their dirty deeds in the names of certain countries.

Institutions such as the United Nations and the International Criminal Court are indispensable to them as they cut a swath of terror throughout the world. So great and seemingly untouchable are they that very few people will bother to look at what they really do, and to whom they are beholden. When NATO wanted to carve up Libya, they went to the United Nations claiming that the people of that country needed protection from their president Muammar Gaddafi​. The imprimatur of a Security Council vote, and words of support from the Secretary General made the aggressive war appear as if it were anything but that.

The same critique can be made of the United Nations’ sponsored International Criminal Court. The ICC was established in order to punish war criminals who were not prosecuted by their own countries. So far, the ICC has only managed to prosecute Africans. The current cases presented for investigation involve Democratic Republic of the Congo, Uganda, Sudan, Kenya, Central African Republic, Ivory Coast and Libya. In the past a few Serbs were thrown in for good measure, but otherwise Africa has been the ICC target.

If Libya is presented as a prosecutable case, it is not Saif al-Islam Gaddafi who ought to be investigated, but Barack Obama, Nicolas Sarkozy​, and David Cameron​. It is they who waged war of aggression and who used the United Nations to make their dubious case.

“If Libya is presented as a prosecutable case, it is not Saif al-Islam Gaddafi who ought to be investigated, but Barack Obama, Nicolas Sarkozy, and David Cameron.”

There is a precedent for calling out the western world’s capitalist war criminals. Earlier this month in Kuula Lumpur, Malaysia, former prime minister Mahathir Mohamad convened a tribunal to investigate George W Bush and his partner in high crimes, former UK prime minister Tony Blair​. The Kuala Lumpur Foundation to Criminalise War, found Blair and Bush guilty of “crimes against peace” as a result of their plot to invade and occupy Iraq. This tribunal has no power of enforcement, but correctly made the case that the UK and the US were unwilling to punish their leaders for the horrible deeds they committed.

The United States congress and indeed state legislatures had the power to impeach Bush for the Iraq outrage, but they adamantly and quite publicly refused to do so. Even when the so-called opposition party had the electoral majority and the ability to file charges, they pointedly refused. Obama’s ascension may provide a clue for this seemingly inexplicable behaviour. The Democrats already knew that when their turn came to be in the driver’s seat, they would not want the public to have any notions of making them accountable for their criminality.

In reality, the United Nations and its International Criminal Court act at the behest of the western capitalist countries only. They turn a blind eye when Bush and Blair invade Iraq or when their successors kill Libyan civilians. Their partners in the corporate media don’t allow true debate about how they operate and they paid no attention to the Kuala Lumpur tribunal. Once again, we are left to our own devices in finding this or any other information that may deviate from the party line.

“Barack Obama has skillfully managed to copy the Bush agenda, and can expect to be re-elected with the support of people who otherwise call themselves peace lovers.”

None of the television networks and none of the major newspapers reported to their American viewers and readers that the rest of the world is prepared to put their leaders in the dock. Barack Obama has skilfully managed to copy the Bush agenda, and can expect to be re-elected with the support of people who otherwise call themselves peace lovers.

Last week NATO, that is to say the United States, killed six children in Afghanistan in a drone strike. These human beings are given the awful label “collateral damage” when the war criminals want to give a name to the horror they unleash. The Peace Prize winner said nothing, and neither did his supporters.

It doesn’t matter that most Democrats are prepared to again anoint Barack Obama with the title leader of the free world. Perhaps he should be called the lead criminal of the world and dispense with any idea of freedom. The only freedom involved is his ability to do whatever he likes without ever being called to account.

Zimbabwe rivals in clash over cash from IMF

African ancestry of the royals