Canadians are searching for new jobs 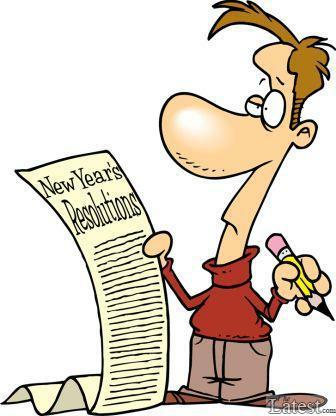 Unlike previous years, a career-related New Year's resolution is on the minds of most Canadians for 2009 writes Carmen Chai, staff reporter intern for the Toronto Star, Canada's popular daily newspaper.

In a Workopolis New Year's poll, a quarter of more than the 500 employed Canadians surveyed said their 2009 resolution has to do with their job, a significant jump from 2006, when only 13 per cent said they were striving to make work-related changes.

This could be because Canadians aren't very optimistic at this time of layoffs and a declining national employment rate, says Patrick Sullivan, president of Workopolis.ca, an online job site. Sixty-five per cent of Canadians said they think their situations will only start looking up in a year or more.

"Given the economy and the fact that it does seem a bit difficult at this time, especially in Toronto and Ontario, we need to plan ahead. We need new strategies and job training, and Canadians know this," Sullivan said. Working Canadians are aware they have to scale mountains to get to job security and satisfaction in finances. A quarter admitted they would take an additional job or a job change, a statistic that doesn't surprise Sullivan.

January is the time when traffic on his job recruiting site jumps by 30 per cent, he said.

"You've had the opportunity to reflect over the holidays, and the first thing you think when you get to the office is `I've got to get out of here'. There won't be as many people changing jobs right now, but there will always be people looking."

Forty per cent of respondents said they would ask for increased compensation in 2009. Sullivan says this isn't a bad move, but don't expect anything significant.

"Your boss recognises an inflation rate in Canada and that costs are continuing to go up, but housing and gas prices are falling. Still, they're looking at maintaining their key performers."

Another important strategy Sullivan suggested was a simple routine of updating your rÃ©sumÃ© to specifically highlight your accomplishments and skills instead of your duties.

"Marketing managers are responsible for completing marketing programs as their duty, but exceeding set targets is the accomplishment. When you have a skill, use it to make stand-out accomplishments."

Sullivan says that now is the time to stay a bit later at the office, and to volunteer for extra work.

"It sounds a bit trite, but if you're a person that heads out at 5 p.m., if you stay until 5:30, your employer recognizes that so if they have to make a difficult decision, they will keep those making a more active contribution."

Following these suggestions will aid in a less stressful 2009, Sullivan says. "Last year ended with quite a bang because starting in September, stress was already here because of the economy. If people plan for the future, and follow through with their plans, that will reduce stress incredibly."