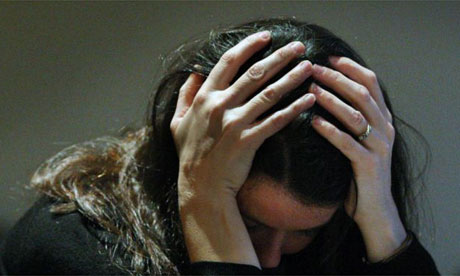 More than a dozen Canadians have told the Psychiatric Patient Advocate Office in Toronto within the past year that they were blocked from entering the United States after their records of mental illness were shared with the US Department of Homeland Security.

Lois Kamenitz, 65, of Toronto contacted the office last fall, after US customs officials at Pearson International Airport prevented her from boarding a flight to Los Angeles on the basis of her suicide attempt four years earlier.

Kamenitz says she was stopped at customs after showing her passport and asked to go to a secondary screening. There, a Customs and Border Protection officer told Kamenitz that he had information that police had attended her home in 2006. 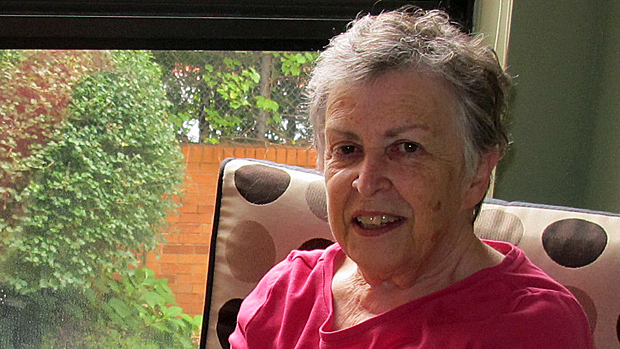 “I was really perturbed,” Kamenitz says. “I couldn’t figure out what he meant. And then it dawned on me that he was referring to the 911 call my partner made when I attempted suicide.”

Kamenitz says she asked the officer how he had obtained her medical records.

“That was the only thing I could think of,” she says. “But he said, no, he didn’t have my medical records but he did have a contact note from the police that [they] had attended my home.”

Stanley Stylianos, programme manager at the Psychiatric Patient Advocate Office, says his organisation has heard more than a dozen stories similar to Kamenitz’s.

The office has also received phone calls from numerous Canadians who have not yet had encounters with US customs officers, but are worried that their own mental health histories may cause security delays while travelling south of the border for business or family trips. 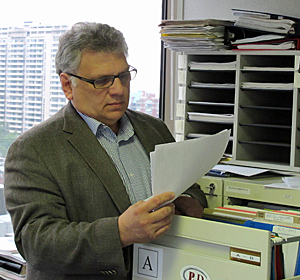 “We get calls from people who have concerns about being stopped because they know this is an issue,” Stylianos says.

So far, the RCMP hasn’t provided the office with clear answers about how or why police records of non-violent mental health incidents are passed across the border.

Brad Benson from the US Department of Homeland Security says medical records aren't shared between countries. However, "if you have an arrest record, Canada would share that with us," he says.

If a police encounter includes information about mental health, Benson says front-line officers can use it.

"Mental illness is actually under our law as a reason that you may not get admitted," he says. "The issue is always going to be: could someone be a danger to someone [else]?"

According to diplomatic cables released earlier this year by WikiLeaks, any information entered into the national Canadian Police Information Centre (CPIC) database is accessible to American authorities.

Local police officers take notes whenever they apprehend an individual or respond to a 911 call, and some of this information is then entered into the CPIC database, says Stylianos. He says that occasionally this can include non-violent mental health incidents in which police are involved.

In Kamenitz’s case, this could explain how US officials had a record of the police response to the 911 call her partner made in 2006, after Kamenitz took an overdose of pills.

RCMP Inspector  Denis St. Pierre says information on CPIC not only contains a person's criminal record, but also outstanding warrants, missing persons reports and information about stolen property, along with information regarding persons of interest in ongoing cases. It also can contain individuals' history of mental illness, including suicide attempts. 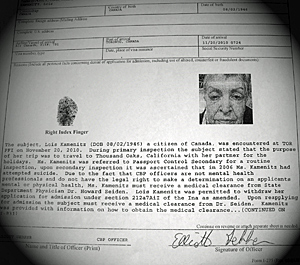 The database contains anything that could alert authorities to a potential threat to public safety and security, and all CPIC information is available to the US Department of Homeland Security, St. Pierre says. There are a few exceptions, including information regarding young offenders, which is not available to American authorities.

“If a person is a danger to themselves and the police are dealing with that person in another jurisdiction … it's valuable information, knowing that perhaps this person may harm themselves," St. Pierre says.

According to an RCMP website, the CPIC database stores 9.6 million records in its investigative databanks.

The RCMP and US law enforcement agencies provide reciprocal direct access to each other’s criminal databases in order to stem the flow of narcotics and criminal dealings into North America, according to the WikiLeaks cable.

When asked about the sharing of police information for security purposes, Kamenitz says the government is “obviously not considering what the impact of that can be and how much that can alter a person’s life.”

“Police may have attended my home,” says Kamenitz, “but it was not for a criminal matter; it was a medical emergency.”

Kamenitz notes that suicide isn’t a criminal offence in either country.

“It speaks to the myth we still hold,” Kamenitz says, “that people with a mental illness are violent criminals.”

At less than five feet tall, with a debilitating form of arthritis that makes it impossible for her to complete daily tasks like cooking and dressing without assistance, Kamenitz says she is hardly a threat to U.S. Homeland Security.

“I’ve been battling not only anxiety and depression but also chronic pain since my teen years,” Kamenitz explains. “I am not a criminal.”

Kamenitz was eventually allowed to board a plane to Los Angeles, four days after missing her initial flight. But in order to do so, she had to submit her medical records to the US and get clearance from a Homeland Security-approved doctor in Toronto, who charged her $250 for the service.

Benson says the response from the US Customs and Border Patrol officers in Kamenitz's case was fairly typical. "Now that the note from her doctor is on her records," he says, "I wouldn't expect her to have any more problems."

Included in the Homeland Security forms Kamenitz was required to fill out were questions about whether she had a history of substance abuse and whether she had diseases, such as AIDS or tuberculosis.

“These are private and personal medical records that I’m now handing over to a foreign government,” she says.

After years of private therapy and help from doctors at St. Michael’s Hospital and the Centre for Addiction and Mental Health in Toronto, Kamenitz says the border incident felt unjust.

“It was discrediting all the efforts that [I had] made to recover.”

Stylianos says Canadians should be outraged that people’s mental health information is shared across the border.

“It is an intensely private matter for many individuals,” he says.

Stylianos says his organisation is lobbying for this information not to be included in the CPIC database or shared with the US Department of Homeland Security as part of a routine border screening process.

“Once that information gets into the American system, you can’t control it,” he says.

According to the same diplomatic cable released by WikiLeaks, which included data from 2004 and 2005, Americans believed that despite the open database sharing, “Canada’s strict privacy laws” have limited the timely exchange of information between the two nations.

In the 10 years since the September 11 attacks, the two countries have struggled to come to an agreement on how best to police the border.

The administrations of Prime Minister Stephen Harper and President Barack Obama are in talks over a perimeter security deal that would include further cross-border intelligence-sharing as part of a joint border security strategy.

“Our sovereignty cannot and will not be compromised,” he said.