A Trinidadian Second World War veteran, whose proudest moment was guarding the world’s most famous prisoner at the time, has died aged 94. 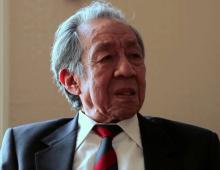 Alvin Chy-Quene, who joined the RAF in the spring of 1944 in his homeland as a teenager, passed away peacefully in his sleep in a south London hospital on January 3, after a short illness. “Chy”, as he was known, was sent to Germany as a military guard at Spandau jail, where Hitler’s former deputy Rudolf Hess, was imprisoned after the war. Soldiers for each of t 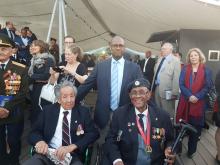 he Allied countries took turns to do guard duty. Chy-Quene stayed on to live in Germany and learnt the language.

When he was serving in the war, Chy-Quene and other Trinidadians sang calypso songs with lyrics against Hitler and demanded the Nazi leader should leave the British Empire alone. 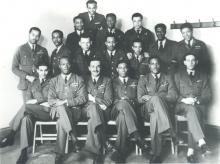 He was featured in two films made by Deborah Hobson and I, Divided by race, united in war and peace (2012), for the-latest.com and the BBC’s Fighting for King and Empire, Britain’s Caribbean heroes remake. Both looked at the lives of Caribbean servicemen like Chy-Quene and my late Jamaican father, during and after the Second World War, and how they handled being in the military and civilian Britain, tackling racism along the way. 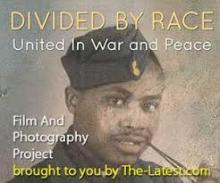 They did both with courage, fortitude and good humour. Chy-Quene, star of the launch of the-latest.com’s Livingmemorial website at Brixton’s Black Cultural Archives in the UK in 2019, was particularly witty. He was one of the last surviving veterans whose untold stories are showcased on the website.

Not much is known about his early life except that he was born in Port of Spain and had Chinese origin on his father’s side. A year before the end of the war, Chy-Quene boarded a troop ship in Port of Spain, Trinidad, that took him to Jamaica for three days, where it collected more "last batch" volunteers bound for Britain. They sailed in a convoy that included British submarines and destroyers, to break through the blockade of deadly German U-boats that circled the Caribbean. Trinidad had a hugely strategically important oil refinery that supplied vital fuel for the British war effort and that is why the German's were intent on neutralising it. 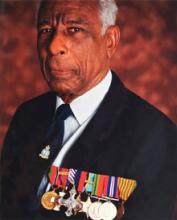 Chy-Quene and the other Caribbean volunteers eventually disembarked at Greenock, Glasgow, in Scotland. They were transferred to an RAF training camp in Wiltshire, south England, where Chy-Quene met fellow Trinidadian (then) flight lieutenant Ulric Cross, who went on to be the most decorated Caribbean serviceman of the war. They became close friends. I remember Chy-Quene speaking fondly to me about a visit he paid to Cross in Trinidad not long before the retired RAF squadron leader died in October 2013.

Chy-Quene served "all over'' Britain, doing ground crew jobs like loading munitions on to Spitfire, Hurricane and Halifax aircraft. When arriving in Britain, it was the first time he had come across “rough looking” white men with tattoos, as he described them. 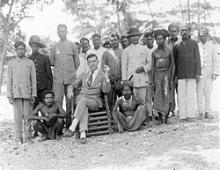 It was a bit of a culture shock because previously the only white men he had seen were smart, colonial officials who ran his country. At the time, British men were not well informed about black people before the Caribbeans joined the war effort. Chy-Quene recalls how some of the white troops thought he and his Caribbean comrades lived in trees. He recalled in my film how he would often play along with the absurd idea and the white men would believe him. Also, when he was speaking in a Caribbean dialect among his compatriots, which Englishmen didn’t understand, the Englishmen asked what language they were speaking. Chy-Quene quipped, mockingly: "Algebra." 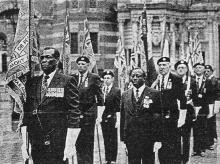 When Chy-Quene left the RAF, he stayed in Germany, where he learnt the language, and became part of a team that pe 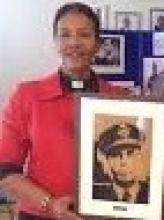 rformed post mortems and trained as pathologists. He was an active member of the Clapham, south London-based, West Indian Ex-Servicemen and Women’s Association and its successor the West Indian Association of Service Personnel (WASP) as well as the Royal British Legion and RAF Association.

The Rev Marcia DaCosta, ex-chaplain of WASP, who visited Chy-Quene in a care home and then hospital before he died, said: “Chy was a funny and very interesting person to know. He loved life and loved to travel and had friends in many parts of the world.”