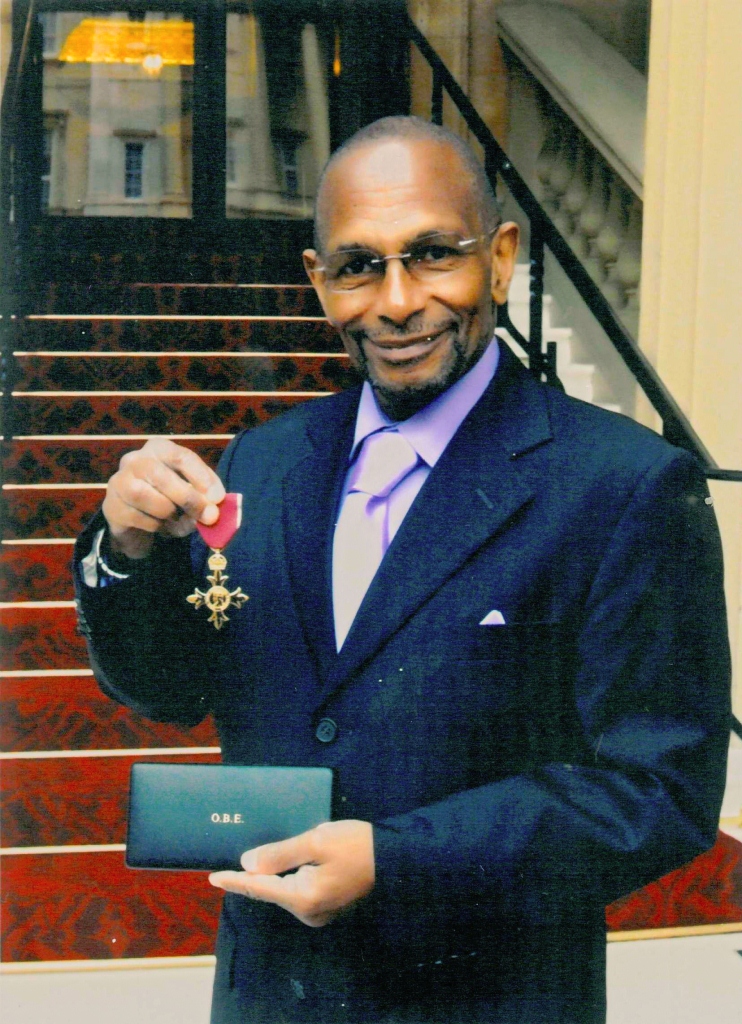 The large crowd of people assembled outside Kilburn Tube station set off southbound on the Kilburn High road to a fanfare of African percussion, wind instruments, singing and dancing just after 11am last Friday.

As the procession travelled towards its destination of Quex Road, filling the bright morning air with infectious rhythms, indifferent to the eager morning traffic, heads turned and smiles ignited as onlookers tried to make sense of the impromptu entertainment. 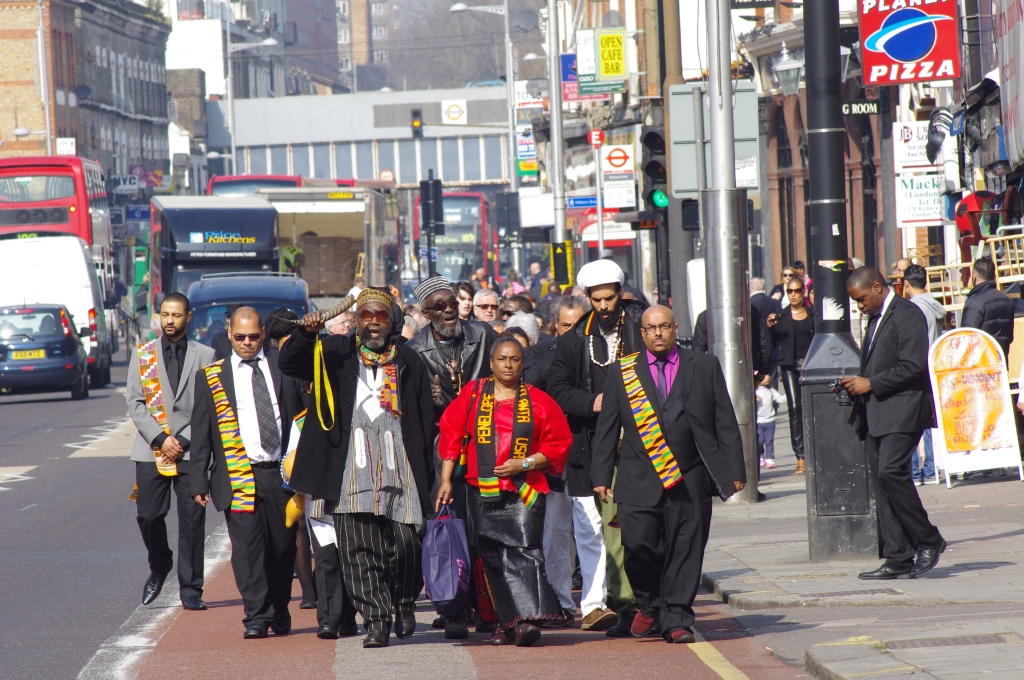 Their curiosity was soon dampened as the large black hearse at the tail of the procession came into sight. As their smiles faltered and brows furrowed, it was clear that this was not the average funeral march, rather a fitting tribute to Peter Scott Blackman OBE, founder and former Afiya Trust CEO, who was an exceptional man.

“We are sad that we have lost a brother, a father, an elder, a teacher, a mentor and a friend. He will be missed. We, at Afiya like others, will continue to be inspired by his legacy and the vision he had for our community.” Said Patrick Vernon CEO of the Afiya Trust.

The Trust is a national charity that works “to reduce inequalities in health and social care provision for people from racialised communities.”

There are many things that distinguish the life of Blackman, the most visible of which being the OBE he was awarded in the Queen’s Birthday Honours List for "Voluntary service to Black and Minority Ethnic Healthcare" in 2008 and the Lord Chan Lifetime Achievement Award presented to him by the Afyia Trust in 2011. 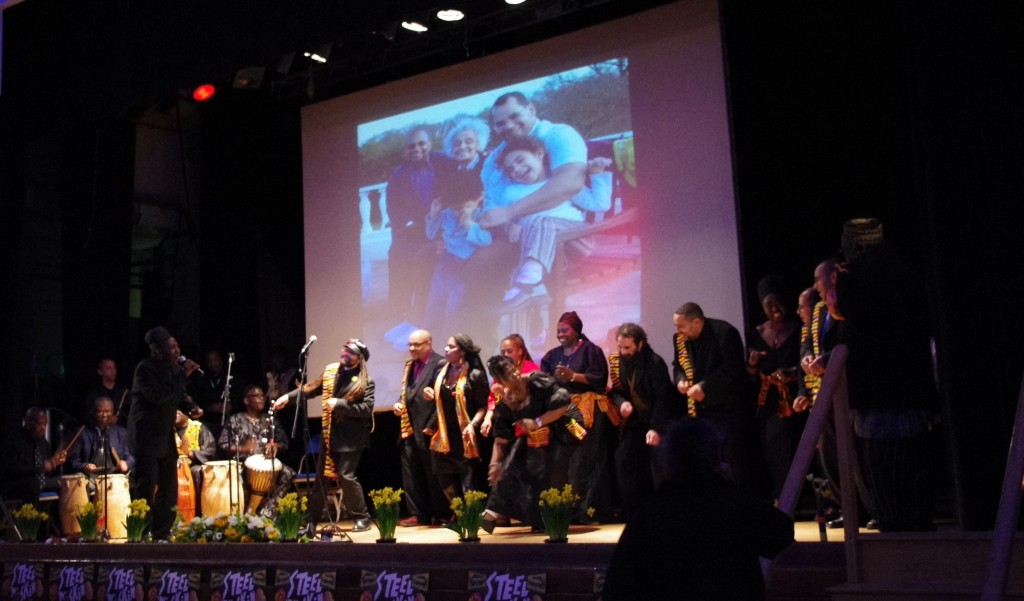 However, for the many who attended his reception at the Camden Centre where his life was commemorated through film, song, dance and personal speeches, it is abundantly clear that Blackman will be remembered for his “effortless charm”, “rebel nature”, “iron will” and above all his ambition to help those suffering from social injustice or racial oppression.

Spurred by a turbulent youth, irreparably damaged by parents who would fight over “the price of a loaf of bread” and the foster homes he was sent to as a result of their incompatibility where he was subjected to brutal racial abuse from peers and elders alike, Blackman’s childhood was more a catalyst for change than a fond memory.

In spite of the promise he displayed in the arts and sciences throughout his education his earliest attempts at forging a career as a lab technician, a teacher and a youth worker at the Arts Council failed as the scars of a harsh childhood afforded him little peace of mind. 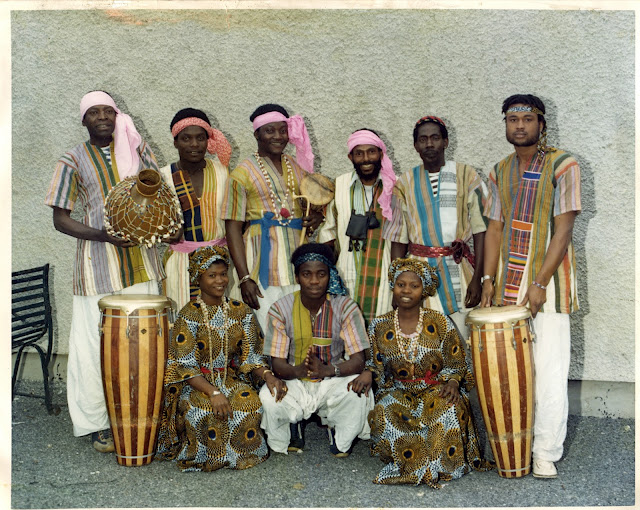 Subsequently he undertook various personal projects including ProjectSolo, a pilot training scheme for black youngsters and the successful Steel an' Skin. This was a band formed of eleven members ranging from Trinidad to Nigeria. They toured the prisons and inner city slums of 1970s Britain with the intention of presenting a positive image of African culture at a time when popular opinion and media representations left a lot to be desired. However, nothing seemed to work out as intended and by the age of thirty Blackman was simply unable to cope. 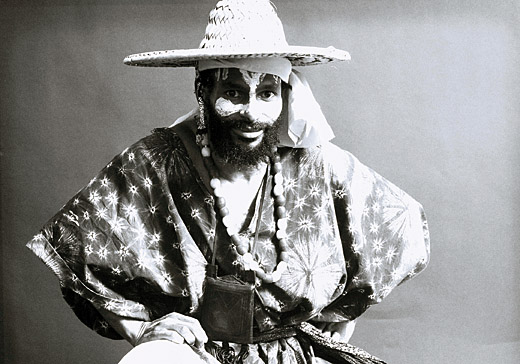 “I was dynamic, I was active, I was an artist, I was successful in many, many ways, but things were still going wrong quite badly with my family, my wife, my children. I wasn’t delivering what I needed to deliver as an adequate father and husband.” He told me in August 2011 in what would be his final interview.

“With a childhood like that you can imagine why I ended up in a psychiatric unit by the age of thirty!” He added with incisive humour.

The four months he spent at the Henderson Hospital, a residential Therapeutic Community and Outreach Programme for people with personality disorders, marked the dawn of a self-inspired transformation.

After his release it was perfected by his involvement in the Black Carers’ Network, where he found the opportunity to not only address social and racial inequalities, but the capacity to do so within an environment which, due to his time in care, he had first-hand experience of.

It was not long before his tireless efforts and ability to force the issue of equality were recognised by Barry Mussenden of the Department of Health and Lydia Yee, the then Chairperson of the Afyia Trust and so began his distinguished career.

In the same year of his retirement in 2008, Blackman was diagnosed with duodenal cancer and after a long battle he died surrounded by his wife Diana, six sons, sister Penny Klees and immediate family and friends at his home in Queensgate Place on the 1st March.

When I asked him how he wished to be remembered he replied: “Just a human being, an African, trying to find his way in a strange world.”

Nevertheless, to the many he inspired, influenced and loved he will always be so much more.