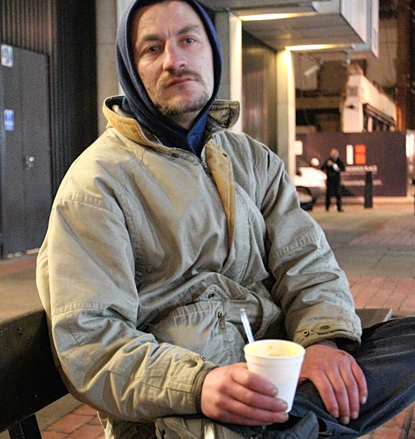 On Sunday 20 March, hundreds of protesters will show their opposition to Westminster council’s proposed byelaw that will make rough sleeping and charities feeding and supporting the homeless illegal.

The protest will be a vibrant, community event that celebrates the positive contribution the charities make in supporting and caring for some of the most vulnerable in the capital, showing the wide spread opposition to this inhumane ban.

Commenting on the campaign Alastair Murray from Housing Justice said: ‘This proposed byelaw threatens to marginalise and stigmatise homeless and needy people even further. It will effectively criminalise compassion, making it illegal for volunteers and charities to distribute free food and offer advice to the homeless. This offends against common decency and common sense.” 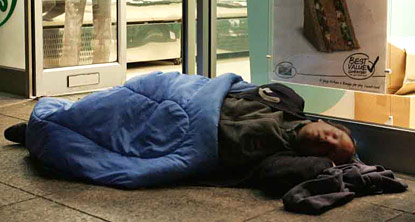 Lidija Mavra of the Sock Mob said: "The proposed ban runs counter to the coalition government’s concept of the Big Society. Knowledgeable volunteers committing their own time and resources to reach out with food and companionship to those who are most vulnerable in society ought to be welcomed.”

Christoph Warrack Chair of Westminster Churches Together said: “Does Westminster council have the right to outlaw lying down? Or one person giving a sandwich to another? Has it presented evidence that giving food keeps people on the street? That those without the homes, jobs and families enjoyed by councillors would be able to find food elsewhere? That it is handouts which make it "possible" to be on the street and not human failures which have forced those affected to reach this last resort?  The Council must not add to these failures with its own.”

The planned protest will take place between 2 and 4pm at the Westminster Cathedral Piazza, Victoria Street, London SW1

Hundreds of people have already signed up to attend, and will be welcomed by Housing Justice, The Simon Community, Coombe Trust, Street Souls, The Pavement, Open Cinema, Apricots and More, Streetlytes, The Sock Mob, and many more grassroots groups working for and with the homeless.

Journalists stand up for their rights