Children can be 'dumped' under new US state law 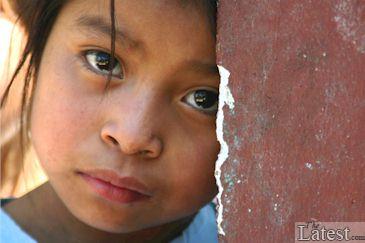 A mother has driven for 12 hours across the US to abandon her teenage son in the state of Nebraska, under a law allowing adults to leave children at state hospitals. The state's safe-haven law prevents prosecution for abandonment.

But the head of Nebraska's health and human services division said dumping children was not an appropriate way for families to deal with parenting issues.

The unnamed abandoned boy from Michigan, 13, is the 18th youth to be left since the law took effect in July.

He is the second teenager from outside the state to be abandoned there. The first, a 14-year-old girl from Iowa, was returned home after being left by her grandparents.

The law is unique as it allows any adult, not just parents, to drop off children of any age at any state-licenced hospital.

The boy, who was left in Omaha, is said to be now in an emergency shelter. Local officials have spoken to the mother but did not reveal why she left her son.

State officials have expressed the concern that the broad scope of the law could encourage abuses, and have called for it to be restricted to infants, for whom it was originally intended.

"I certainly recognise and can commiserate and empathise with families across our state and across the country who are obviously struggling with parenting issues, but this is not the appropriate way of dealing with them," said Todd Landry, head of the state's Department of Health and Human Services' division of children and family services.

"This is not what we intended when we said we wanted to increase Nebraska tourism," he was quoted by the Omaha World-Herald newspaper as saying.

Is President Karzai a heroin addict?