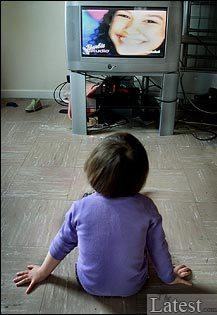 It seems that everyone has the power to learn anything these days.

When I was growing up, I didn't have access to the internet. It wasn't until 2000 that I even went on the magical new system. At that time it was still remarkably limited, though a person could learn a lot from it even then.

Now, it seems that the internet has taken over. Children have all the knowledge they want at their fingertips. Wikipedia is the ultimate website which understands the power that people can bestow upon each other and YouTube can be both educational and, largely, pretty stupid (although I'm told that people can learn through such videoed mistakes, such as failing to walk up a slide repeatedly or realising that those heels are impossible to walk in).

Despite this, and in an ironic twist, kids are largely using the world wide web for keeping in touch with friends through social networking tools like Bebo. Although the social aspect of their lives is now enhanced to a degree unseen by previous generations, they're still missing out. Why is this?

Because, quite sadly, other forms of media which were once the mainstay of information, such as television, have become lazy now they know they have an insurmountable competitor. As one of the last bastions of data, the humble television screen is more concerned with poor daytime programming than a commitment to providing top quality shows for those still growing up.

The BBC has scaled back its operations to allow children the privilege of watching reruns of The Weakest Link. Its average children's broadcasting hours have been cut, though not as much as CITV's roster, which has literally disappeared from terrestrial existence since the expansion to the little-watched channels both companies have created on Freeview (which are simply awful, aside for the occasional Pocoyo marathon).

It didn't quite hit me until I considered my own childhood in front of the box. I was even fortunate enough to be able to watch Short Change, a clever programme which extolled the virtues of shopping around and teaching consumer rights at the same time. Although I'm sure it bred a lot of jumped-up little swines who would argue the toss over a bag of Mojos from their local corner shop, it also emphasised the ways in which teenagers could get more bang for their buck.

Starting in the early 90s with presenter Zoe Ball, Short Change saw its action end four years ago when, for some unknown reason, the Beeb figured that nobody young cared about money. Ho hum. It's not as if anything bad's going to happen in the economy.

Given the current financial quagmire the nation now faces whether they're affected by it or not, surely it stands to reason that television executives should be prioritising this kind of programming?

The only stab at speaking to "them kids on their Level" is through Condescension Today better known as Newsround, as many people know it. Although it's a news round-up for kids (surprisingly), the emphasis is on the latter part of their brief and it is still able to tell kids the news in a baffling fashion.

"The Indian bombings in Mumbai are a very bad thing," some faceless presenter will state while surrounded by pretty colours and plush couches. "India is a country in Asia. A lot of people live there. A lot of people are sad," they will usually add.

Then a lucky Press Packer will be able to talk to the Minister for Patronisation about why kiddies may not like the sound of this. Hooray for news!

So, if that's the only real link between reality and children, what are we creating?

For goodness sake, anybody over the age of 14 can be considered an adult now. Whether we like it or not, children are more headstrong and street-smart. They know about sex at a much younger age. If they know about the oldest bonding experience known to mankind, why can't they learn about economics or politics? Are they not entitled to their own views?

Many will see this argument as a lose-lose situation. Sex, for example, is seen as both fun and cool. Economics and politics are not sexy, even if Caroline Flint is still in the Cabinet and the likes of Andrew Neil, Michael Portillo and Diane Abbott are regularly on the box to talk about it. Phwoar.

But would we rather have misinformed children with some tiny degree of interest in modern goings-on, or kids who simply don't care at all because they were never approached in the first place? I would take the first one every time; after all, children ARE children and will continue to build on the foundations of learning. If those flagstones are solid, then they can evolve their viewpoint over time through experience. If they have no interest in the first place, why would they want to build on it?

I simply propose that the BBC and ITV at least put some money into television for the young ones. Sensible programming which is immediately watchable and not filled with little sods who are blatantly child prodigies wanting to massage their egos, or presenters like former Blue Peter host Zoe Salmon, who seems less about teaching and more about sex appeal.

Hell, get national forums up and listen to every single viewpoint, however ridiculous it may be. Allow school participation.

I'm not saying all social ills will be cured by this audio-visual shot to the arm, but I think that children should be treated as intelligent. Programming ethics from years gone by do not appeal to them any more. The world can be seen as a much scarier and intimidating place on a social, cultural and economic level. Simply explaining their options will not only make them more prepared for the future, but more rounded as individuals.

Peer pressure, nurture and other important factors will always exist when it comes to a child's development. Generally, the power of freewill allows people to do whatever they want. At least give the new generation that choice with the remote control.

Work together or fall apart