Chris Gelken - in Beijing, China, provides a digest of eye-catching editorials in the Chinese news media. 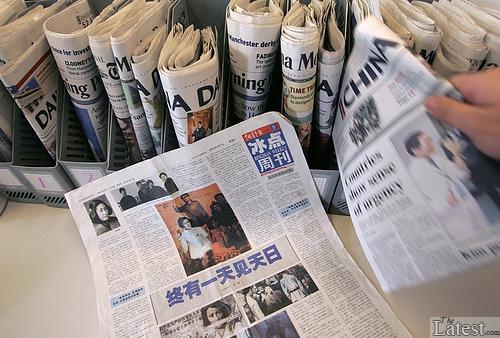 China's National Bureau of Statistics recently revised the Gross Domestic Product (GDP) growth rate for 2007 to 13 percent, an increase of 1.1 percent over the earlier published figure. The news made headlines, not least because it meant that China had overtaken Germany as the world's third largest economy.

Amid the celebrations, however, the Shandong-based Qilu Evening News published an editorial saying GDP alone is not an all-inclusive indicator of a country's economic health and overall wellbeing.

It said compared to Germany and other economic powers, China is still developing in terms of per capita GDP, green GDP and social welfare.

As a highly populated country, the article said, China's per capita GDP lags way behind that of other developed countries.

Germany's per capita GDP is 15 times higher than China's.

While applauding the achievement, the paper said GPD figures are just one part of a complex economic picture, and said China still has a lot of work to do in terms of a comprehensive social security safety net and the environment.

Be A Patriot, Buy A House!

A local leader in the city of Hefei in Anhui province recently bought an 80-square meter apartment, saying it was his contribution to help lift the sluggish housing market out of the doldrums.

Hefei's city planning chief, meanwhile, is calling on local residents to purchase property, saying their help in stimulating the housing market would be a way for them to demonstrate their patriotism.

The  "awkward" connection between patriotism and home buying currently being promoted by Hefei authorities was the subject of an editorial published by the Xinhua News Agency.

The op-ed argued that unless home prices in China come down to a reasonable level, then nobody is going to rush to buy them, patriot or not.

The article says the usual market forces of supply and demand; quality and price influence the sector.

Xinhua said even the most patriotic citisen will hesitate to buy if the property does not meet their basic criteria of value for money.

Staying with the Chinese property market.

One particular developer has earned himself a reputation, at least among the editorial writers at The China Youth Daily, of being elitist and scornful of the blue-collar classes.

He criticised what he described as the  "over-development" of low-priced housing for lower income families, saying the government sponsored apartment blocks and estates occupied huge amounts of land and reduced the scope for property investment.

The developer expressed the opinion that if home prices are high enough, then  "commoners" will eventually give up their hopes of moving into the inner city areas of large metropolitan centres such as Beijing.

Consequently, or so the developer's theory goes,    "quality" people, or those who can afford the high price of luxury downtown apartments, will keep the market buoyant through speculation.

Editorial writers at The China Youth Daily were outraged.

They accused the developer of discrimination against the poor, and say his remarks will only sharpen the divide between the rich and poor in China.

The article concluded by ridiculing the suggestion that the wealth of an individual is a measure of that person's character.