Chris Gelken -   in Beijing, provides a weekly digest of some eye-catching editorials in the Chinese press. 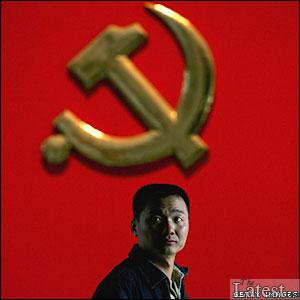 In their first joint document of the year, the State Council and the Central Committee of the Communist Party of China outlined special measures to help stabilise agricultural production and promote rural incomes.

The frankly worded document highlighted the many problems faced by China's rural communities and agricultural sector, and imparted a genuine sense of crisis.

The Beijing News applauded what they described as  "the swift policy response to an increasingly important issue that has been worsened by the ongoing global financial crisis and the resulting economic difficulties in China."

The paper called on the government to expedite the process of urbanisation in rural areas. They say this will create more job opportunities that will allow local residents to settle in their hometowns and thus reduce pressure on finding jobs for China's estimated 150 million migrant workers.

The floating population has been hit particularly hard by the economic slowdown with as many as 25 million losing their jobs in the more industrialised eastern and southern provinces over the past couple of months.

The paper said the vast rural market could grow into a powerful growth engine for the Chinese economy; therefore it is of paramount importance that the government move to substantially raise the standard of living and increase employment opportunities for rural dwellers.

At the same time, they encouraged netizens to participate more in the local decision making process by offering their suggestions and criticisms online.

A commentary in the Workers' Daily said the Internet has helped to broaden communications channels between government officials and the general public.

It is now increasingly common for people to put forward their point of view about important public issues via online forums.

The paper says the government should be encouraging more interaction, especially on pressing subjects such as the local economy and the impact of the global recession.

Unfortunately, the paper said, many older generation officials are not  'net savvy' and still rely on outdated and inefficient methods of gathering public opinion.

While the town hall meeting and personal touch are still valuable ways of gauging the sentiment of the local population, the paper called for more efficient use of the Internet to better serve the general public.

Internet penetration per capita in China is still relatively low, but at some 300 million, the country boasts the highest number of frequent Internet users in the world.

The measure, welcomed by some, raised the hackles of Beijing News editorial writers who accused Chongqing officials of overstepping their authority.

Since China's real estate market began to slow last year, a number of local authorities have introduced various policies to stimulate the sector. But the paper argued that a tax rebate, especially on personal incomes, creates inequality between those who can afford a home and those who can't.

The paper said the more well off will enjoy the benefits of the policy, while those on lower incomes will, in effect, be footing the bill.

In any event, the paper argued, the policy would not really be of benefit to the actual market, because ultimately the subsidies would go into the pockets of the developers and agents, and not to those who really need support to solve their housing problems.

The daily concluded by saying local government authorities should not seek short term fixes to promote economic development at the cost of public interest.