Chris Gelken, in Beijing,   provides a digest of eye-catching editorials in the Chinese news media. 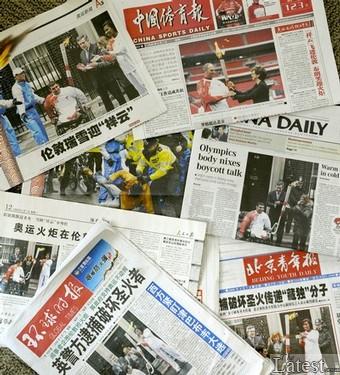 In the US they call them "earmarks" or "pork barrel projects" - here in China they are described as "image projects" and Chinese newspaper editors say the public has had enough.

An article in The Guangzhou Daily said the obsession of provincial officials to construct what they describe as "monuments to their achievements" needs to come to an end.

The paper says too many of these projects have been criticised for their poor design and inability to serve the alleged function for which they were designed.

The article cited the recent demolition of a Thee Gorges observation tower built in southwest China's municipality of Chongqing.

Originally constructed at a cost of US$5 million, the tower failed to attract any sightseers and had become something of an eyesore.

The Guangzhou Daily called for more accountability, and said officials who signed off on these "boastful examples of superficial achievements" should be held responsible.

Twenty-odd years ago, Beijing described itself as the political and cultural capital of China, but to be frank, it was a pretty dull, dusty, and dismal place.

These days, the Olympic city is bright and shiny as a new penny. It has scores of theatres, concert halls and all manner of entertainment venues competing with the more traditional cultural icons.

And to get around this mega-city, there is a renovated and enlarged subway system, and fleets of eco-friendly buses. But according to some Beijing residents, they are not eco-friendly enough.

The Beijing News recently published a letter from an angry commuter who complained that televisions installed in the city's buses and subway carriages are way too loud, and constitute noise pollution.

And given the banality of the content - advertisements on constant loop - they are also an offense to the cultural identity of the city.

The paper suggested bus and subway televisions should provide passengers with timely news and weather information, and staff should be more thoughtful when setting the volume.

The daily concluded that these televisions should be used to serve - and not irritate - bus and subway passengers.

Business Not Booming For Graduates

The success rate for startup companies by recent graduates in the southern province of Guangdong is only about one percent, which is much lower than the global average of 20 percent and China's national average of 10 percent.

The China Youth Daily notes that while it is tough to succeed the first time round, the unusually high failure rate among graduates in Guangdong is worrying. Not least, the paper points out, because business grads in the southern province actually enjoy special breaks and supportive policies from the local government to start their own companies.

The influential daily lays the blame on a lack of practical experience and adequate training.

The paper says many university professors have never ventured out of academia and into the business world. Consequently, the article went on, they simply teach from textbooks and not from experience.

What graduate students need, the paper says, are specific and targeted courses on how to set up businesses, with instruction from experts in their field. But the article concluded that such courses would be difficult to implement under China's existing university system.