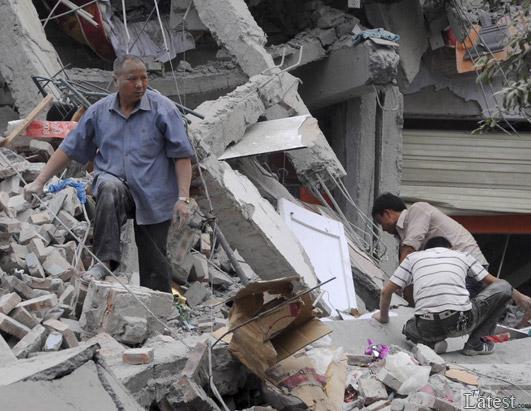 Minutes after the massive earthquake struck in Sichuan on Monday the internet was alive with videos and eyewitness accounts of the disaster from citizen journalists.

It was a contrast to the events in Tangshan 32 years ago, when the Chinese government refused for months to admit the 7.8 magnitude earthquake had even happened, despite the deaths of an estimated 240,000 people.

China's new found transparency has much to do with the arrival of the Olympics in Beijing next month. Although there are at least 29 journalists in Chinese prisons, 19 of whom are bloggers, the country has had to relax its reporting restrictions as a condition of holding the games.

Monday's disaster was a prime example of the uses of the internet to disseminate news from regions that traditional media organizations find difficult to reach.

The news of the Sichuan earthquake apparently broke first on Twitter.com, a website whose users constantly update the world on what is happening around them.

Links to maps showing the epicentre of the quake were posted alongside accounts of shaking buildings and evacuated offices from Chengdu, Shanghai and Beijing.

"Breathing normal again, feeling an earthquake on the 31st floor was not fun," wrote Ana from Shanghai.

Videos of children hiding under desks and of the thousands of office workers congregating outside their buildings soon made their way onto YouTube, while a rolling account of the day's events was soon up on Shanghaiist, a Shanghai city website.

Shanghaiist posted 90 updates to the story, and started a rumour that the authorities had prior warning of the earthquake which provoked an official rebuke and more chatter across blogs.

The website gathered together material as diverse as reports that spy satellite images of the region were being used in the rescue operation, to the fact that Monday was Buddha's birthday, to a posting about how people killed in the earthquake were "victims of China's economic miracle."

Roll Call of US 'Prisoners of War'