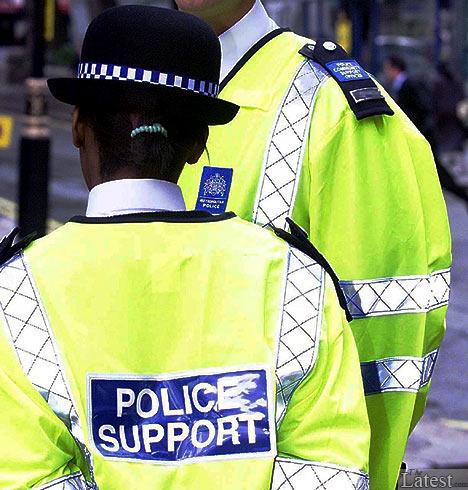 A scheme which gives "policing" powers to civilians in England and Wales has been severely criticised by the Police Federation. More than 1,400 people can hand out fines for littering, seize alcohol from underage drinkers and demand names and addresses of those who are anti-social.

But the federation's representative for London, Peter Smyth, said the public did not understand the system.

And the Tories said the government was obsessed "with policing on the cheap".

Any organisation involved in community safety - NHS trusts, housing associations and private security companies, for instance - can ask for its employees to have the additional powers.

A chief constable must approve each application, a decision which was "not taken lightly", according to the Association of Chief Police Officers.

Twenty-three forces in England and Wales have endorsed the scheme, and the chief constable of each force dictates the powers which the "accredited persons" have.

These include the power to issue fines for truancy, rowdiness, graffiti, dog-fouling and riding a bike on a pavement.

They can take cigarettes and alcohol from teenagers, direct traffic and ensure abandoned vehicles are removed.

All "accredited persons" must wear on their chest a red, white and black badge which reads "Community Safety Scheme Accredited".

Mr Smyth said the public did not understand why "someone with a small badge" was "telling them what to do".

"I think it's going to lead to confrontation," he told BBC Radio 4's The World at One.

"Are we really saying now that we're going to put people out there with little or no training," he asked.

Referring to the figures, he said 255 people "have the power to stop me while I'm driving my car when a plain-clothed police officer can't do that".

"That seems ludicrous to me," Mr Smyth added.

And the shadow home secretary, Dominic Grieve, said the public wanted to see "real police on the streets" rather than private firms who may use their powers "inappropriately, including unnecessarily snooping on ordinary citizens".

"This is a consequence of the government's obsession with policing on the cheap as well as their staggering complacency towards the extension of surveillance."

A Home Office spokeswoman said those who gained accreditation had "a key role to play" and were "an important part of the extended police family".

They supported police officers by "building links, improving communications and helping in the delivery of effective policing to neighbourhoods", she added.