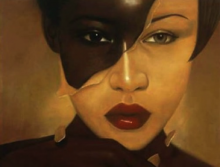 As a mixed-race woman, I understand why our Black communities would prefer to ignore the colour prejudice that exists among us. Some say that we have bigger problems to deal with.

However, colourism is something that continues to affect us negatively and holds us back from progression. Even my own mother admitted to preferring light skin despite being darker herself. It goes to show just how much impact the world around us has on our own self worth and beliefs

A lot of the negativity comes from within Black and BAME spaces. But regardless of where the discrimination stems, colourism is a complex issue with varying levels of severity.

Firstly, the most prominent manifestation of colourism lies in the blatant disadvantages for dark-skinned people. With Eurocentric beauty standards still dominating media and marketing, skin with darker pigmentation is often regarded as undesirable and ugly. It is why talented singers like Ms Banks or Kelly Rowland get overlooked while substandard music by lighter-skinned musicians receive more favourable publicity and airtime.

It is why Dove’s “real beauty” campaign features one dark-skinned sister to let the world know they’re inclusive, while their parent company Unilever sells skin lightening creams in India. When it comes to colourism, there are never ending examples that touch every corner of the globe.

I like to look at colourism as one big problematic fountain. The top being the most concentrated and directly affected, with the effects trickling down into other parts of society. The overt hate directed towards dark-skinned people is followed by the fetishisation of those who are light-skinned or mixed race.

The natural successor of dark skin oppression is creating a pedestal for those who are just about light enough to pass as acceptable in society. Acceptable, in this case, would be silkier hair that can be “tamed” for Black people in corporate jobs and a hint of racial ambiguity without being “too exotic”.

These factors then lead to broody mothers cooing over mixed-race babies, insistent on creating their very own ethnic concoction. It further leads to young people idealising those with lighter skin. 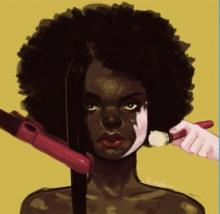 The effects of colourism  creates a divide between light and dark-skinned people. Some (most likely those who are lighter and enjoy more privilege) will insist that this is petty and that we should focus on fighting racism from those outside our race.

As much as I wish this could be the case, these ridges caused by Western society are too deep to be ignored. Some light-skinned people will happily take their place on that pedestal, believing their hair and skin somehow make them superior to others.

Socialising with Black people as someone who is mixed-race can sometimes be met with cold greetings and standoffish attitudes and, although I understand why, it doesn’t make the situation any easier to navigate. In fact, it deepens the divisions, further complicating the issue of how “Black” you need to be to feel welcomed and embraced by your own. 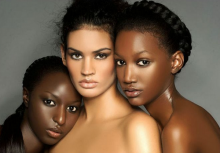 Issues as multi-layered as colourism can seem almost impossible to combat, yet it can start with the smallest of actions.

As light-skinned and mixed-race people, it is our duty to call out discrimination when we see it, in the same way as white allies of ours have a responsibility to call out racist family members and friends. Smiling and blushing every time someone says they prefer mixed-race people only solidifies the hate. Little by little we can deconstruct the problematic notions of light being “right” and come together in solidarity, bridging that old colour prejudice once and for all.

*Simone Mendez is a creative writing graduate and aspiring playwright keen on current affairs and literature.