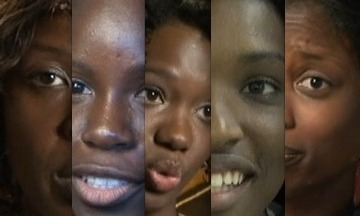 The quickest way to get on my last good nerve is to cast colourism or colour prejudice within Black communities as simply an interpersonal matter when it is a systemic problem, writes Akiba Solomon.

So you can imagine how irritable I’ve been since I discovered the #teamlightskin, #teamdarkskinned and #teambrownskin memes on social networking site Twitter. For the uninitiated, since about January a couple thousand “tweeps” have been using these hashtags to express their complexion-based pride, alliances, sexual desires and anxieties in 140 words or less. These are examples from the last couple of days:

“Being a light skin tone has its many advantages #TeamLightSkin.”

“#nothingsmoreirritating than the blackest girl on twitter tweetin #teamlightskin confidently!”

“So would I be considered #TeamDarkskin or #TeamBrownSkin ? I’ve never really knew. LOl.”

“#TeamLightSkin but sun gone have us dark at the end of the summer lol :/”

“Do yall really take a look at how dark kenyans are? They make me not want to even rep #TeamDarkskin.”

“#honestyhour I think all women r beautiful but im more attracted to #teamdarkskin but dey evil women thou lol.” 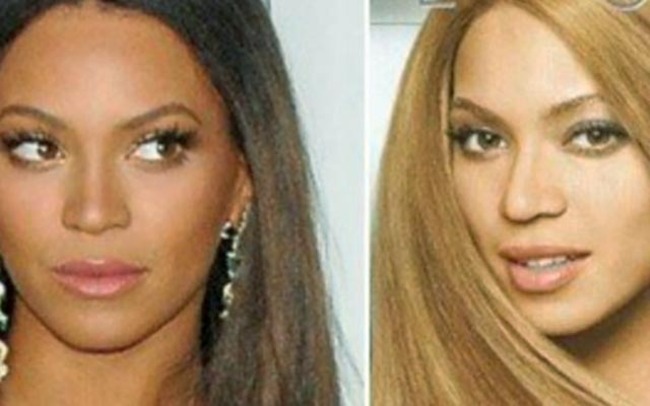 In a vacuum, online randoms revelling in their internalised oppression would have about as much impact as those “Dark Skin vs. Light Skin” club nights that pop up every so often. They’d simply confirm what most of us already know from our everyday lives: there’s a colour caste system in place that serves to divide, conquer and make asses out of people of colour, especially those who consciously and proudly perpetuate it.

But colourism-as-personal-preference isn’t limited to Twitter or the club. The explosive, widely circulated trailer for film director Bill Duke’s Dark Girls documentary was also framed this way. Over nine-plus minutes accompanied by somber music, the preview delivers dark-skinned woman after dark-skinned woman reciting the pain and humiliation she’s suffered at the hands of schoolyard bullies and colourstruck mothers, romantic partners and friends.

The trailer also includes a black man who announces that he only wants a light-skinned woman on his scrawny arm, and the inevitable “revelation” that white people tend to compliment smooth brown skin while “our own people” hate it. The analysis is limited to an unidentified light-skinned woman citing the antebellum chestnut of “house slave vs. field slave” and a quick, devastating replication of Kenneth and Mamie Clark’s doll test.

Of course I’m not suggesting that colourism doesn’t hurt, bone deep. I still look at brown paper bags sideways, and all they do is carry my groceries. I also think it can be healthy for us to express and confront it publicly. But in summer 2011, I’m craving something more than, “Hey, this exists! And it’s really, really bad! And we bring it on ourselves.” 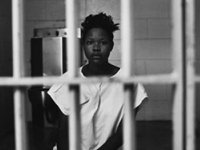 Recently a powerful tool for analysis -really a breakthrough, in my opinion -came in the form of a sociological study, The impact of light skin on prison time for black female offenders.  I suspect that because it’s academic (you have to buy it to read the whole thing) and because it’s wonky as hell, this Villanova University study didn’t receive a quarter of the attention idiotic party promoters, “tweeps” and rappers like Yung “Dark Butts” Berg do when they floss their colour bias.

But the key finding in this study of more than 12,000 black women imprisoned in North Carolina between 1995 and 2009 is that those who were classified as light-skinned by one or more corrections officers during intake served 12 per cent less time than dark-skinned prisoners.

Along with height, weight, build, hair and eye colour, there’s literally a colour code -0 for non-light skin and 1 for light skin. And lest you think light-skinned women prisoners in the study committed less serious crimes than their dark-skinned sistren, the study controlled for crucial factors including type of arrest, previous record, recidivism and prison behavioural record.

I hope more academics do studies like this one. Until we can really see the systemic impact, we’re going to keep trotting out our personal pain to deaf ears. And, black women, we’re going to keep upholding the pecking order of a romantic marketplace that amplifies the voices of heterosexual black men who callously and publicly undervalue women of all complexions for sport. Like somebody really asked them.

But I digress. The colour complex is bigger than slurs and slights. There’s fresh data to back that up. Let’s talk about that.

*Akiba Solomon is a freelance journalist and editor. She writes a Gender Matters blog for online journal ColorLines.com.

View the trailer for the Dark Girls documentary:

How to get a job in journalism

UK must act against Rwanda sponsored terror in Congo