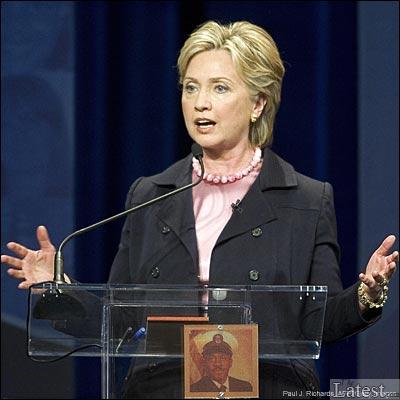 Hillary Clinton remained silent as the world's largest retailer waged a major campaign against labour unions seeking to represent store workers yet now she is relying heavily on their backing to become US President.

In six years as a member of the Wal-Mart board of directors, between 1986 and 1992, Clinton refused to stand up for members of the very organisations who are today the bedrock of her support for the Democratic Party's nomination. She has been endorsed for President by more than a dozen unions, according to her campaign web site, which omits any reference to her role at Wal-Mart in its detailed biography of her.

The anti-union efforts of Wal-Mart, who own Asda, were headed by one of Clinton's fellow board members, John Tate, an executive vice president of the company who also served on the board with Clinton for four of her six years.

Tate was fond of repeating, as he did at a managers meeting in 2004 after his retirement, what he said was his favourite phrase, "Labour unions are nothing but blood-sucking parasites living off the productive labour of people who work for a living."

Wal-Mart says Tate's comments "were his own and do not reflect Wal-Mart's views".

But Wal-Mart founder Sam Walton and other company officials often recounted how they relied on Tate to lead the company's successful anti-union efforts.

An ABC News analysis of the videotapes of at least four stockholder meetings where Clinton appeared shows she never once rose to defend the role of American labour unions.

The tapes, broadcast this morning on "Good Morning America," were provided to ABC News from the archives of Flagler Productions, a Lenexa, Kan., company hired by Wal-Mart to record its meetings and events.

A former board member told ABCNews.com that he had no recollection of Clinton defending unions during more than 20 board meetings held in private.

The tapes show Clinton in the role of a loyal company woman. "I'm always proud of Wal-Mart and what we do and the way we do it better than anybody else," she said at a June 1990 stockholders meeting.

Clinton would not agree to be interviewed on the subject but now says she no longer shares Wal-Mart's values and believes unions "have been essential to our nation's success.".

The videotapes do show that Clinton used her role to push for more environmentally friendly policies and better treatment of women.

"We've got a very strong-willed young woman on our board now; her name is Hillary," said Wal-Mart founder Sam Walton at a 1987 stockholders meeting in describing Clinton's role in pushing for more women to be hired in management positions.

"I don't doubt the sincerity of her efforts, but we don't see much evidence that conditions for women at Wal-Mart changed much during the late 1980s and early 1990s," said Joe Sellers, one of the lawyers suing Wal-Mart on behalf of the women.

Wal-Mart declined to comment to ABC News about the lawsuit, but the company has said previously that it is confident it did not discriminate against female employees.

Sen. Clinton has recently sought to distance herself from Wal-Mart.

In a campaign speech last year in New Hampshire, Sen. Clinton said, "Now I know that Wal-Mart's policies do not reflect the best way of doing business and the values that I think are important in America."

Her Senate campaign returned a $5,000 contribution from a Wal-Mart Political Action Committee, although ABCNews.com discovered another $20,000 in contributions from Wal-Mart executives and lobbyists.

Clinton spokesperson Howard Wolfson said, "There is no basis to return" the money.

According to the New York Times, Sen. Clinton "maintains close ties to Wal-Mart executives through the Democratic Party and the tightly knit Arkansas business community." The May 20, 2007 article also reported that her husband, former President Clinton, "speaks frequently to Wal-Mart's current chief executive, H. Lee Scott Jr." and held a private dinner at the Clinton's New York home in July 2006 for him.

President Clinton defended his wife's role on the Wal-Mart board last week after the issue was raised by Sen. Barack Obama in a CNN debate.

His wife did not try to change the company's minds about unions, the former Arkansas governor said.

"We lived in a state that had a very weak labour movement, where I always had the endorsement of the labour movement because I did what I could do to make it stronger. She knew there was no way she could change that, not with it headquartered in Arkansas, and she agreed to serve," President Clinton said.

In a written statement, Clinton spokesperson Wolfson said, "As President, she will fight alongside labour to promote the economic growth of America's middle class." He said Clinton strongly believes Wal-Mart workers should be able to unionise and bargain collectively.

He did not directly respond when asked why she did not quit the board over the company's anti-union efforts. "Wal-Mart was Arkansas's largest employer when Sam Walton asked Sen. Clinton to join the board," he said. "As the first woman to join Wal-Mart's board, she worked hard to make it a better corporate citizen."

In its statement, Wal-Mart described Sen. Clinton as "a valuable contributor" who "pushed us to be a better company" .