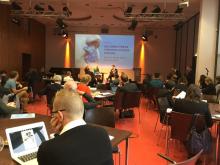 Journalists and media organisations in Europe are facing many threats. The impact of right-wing and left-wing populist movements, international terrorism and anti-terrorism laws, economic pressure and organised crime has led to massive self-censorship, and the dangerous influence exerted by regimes has put media workers all over Europe under pressure.

A single player is not powerful enough to face these challenges – but a strong network is. The second European Media Freedom Conference held at the Leipzig Media Campus Villa Ida in Germany, October 6 and 7, invited journalists and media outlets to explore and strengthen media freedom networks, to learn, discuss and actively get involved in delivering practical solutions - with the power of the crowd.

Organiser Jane Whyatt, of the European Centre for Press and Media Freedom, said that after a successful inaugural conference in 2015 this year’s focus was on "working together for independent journalism and powerful journalism networks". 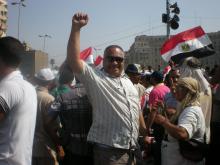 Activist and editor of The-Latest.Com Marc Wadsworth, chair of the National Union of Journalists (NUJ) Black Members Council, spoke about citizen journalism and how his news portal and sister charity the Citizen Journalism Educational Trust had got stories and jobs for people in mainstream media and trained students, including some in Egypt in dangerous circumstances during the Arab Spring.

Muslim journalist and broadcaster Fatima Manji, who works for the UK’s Channel 4 News, was applauded for taking on The Sun’s Kelvin MacKenzie after he wrote a column in July suggesting that it was wrong for her to present the news following the Nice terrorist attack wearing a hijab. 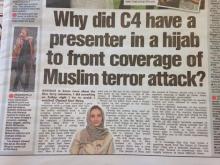 Manji spoke in defence of migrants and the too often misreporting of them by reporters. She posed five searching questions. When does someone of a migrant background stop being a "migrant"? Why are migrants news? Who are the powerful that report on migrants? Why are migrants either reported on as a problem, for example a criminal or a terrorist, or as victims? Shouldn't editors recruit journalists from outside their comfort zone, like the pub, to make newsrooms more diverse (and that's not about making them look like a Benetton ad but to more accurately report communities)?

Exiled Turkish journalist Sevgi Akarçeşme, of Today's Zaman, said, under President Recep Tayyip Erdogan's rule, her country had become an "open prison for journalists" - 126 of them jailed - and if she returned she would immediately be arrested and probably tortured. This was the hotest topic of the conference and Turkish journalists were given solidarity by attendees, including with an event featuring balloons. 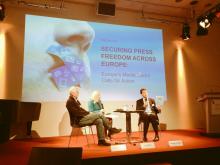 The conference marked the e

nd of major press freedom events for 2016 and gave an insight into the international debate on independent journalism and violations of freedom of speech in the context of new media laws, new gover ments, arrested and released journalists in many European countries and neighbouring states.