Labour has to work harder to defend Black communities and not take their votes for granted or it risks losing vital support, veteran anti-racist campaigner Marc Wadsworth has warned on the eve of the party’s annual conference.

Wadsworth, founder of the Anti-Racist Alliance and who helped set up the Justice for Stephen Lawrence Campaign, said the Labour Party had in the past been found wanting when African Caribbean and Asian people came under attack. This was especially true over issues of immigration and Black representation, causing radical Black leaders such as Darcus Howe and A. Sivanandan to shun Labour in the past. 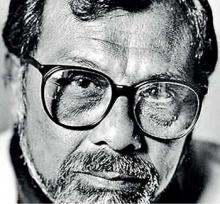 Wadsworth, the former Labour Party Black Sections leader, said party chiefs needed to do more to reassure Black communities that it is working in their interests and not caving in to pressure from populist right-wingers and the mass media. This was especially important in the wake of the Windrush and Grenfell scandals. 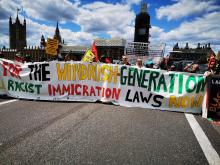 He told a Windrush and #Justice4Marc-themed meeting held by Watford Trades Council at the weekend: “As recently as this year, the Labour Party planned to abstain on the Conservative government’s immigration bill aimed at banning free movement after Brexit. It was only after a social media backlash the party leadership reversed its position and Labour voted against.”

Wadsworth was controversially expelled from Labour in April last year on a discredited charge of bringing the party into disrepute. 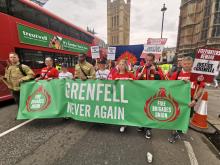 He said: “As a prominent Jeremy Corbyn ally, I was collateral damage in the fight by the Tom Watson-led right-wing against the twice democratically-elected leader of the Labour Party. My unjust expulsion sent a very negative message to the Black communities who have responded by giving me huge support.”

He told trade unionists at Friends House in Watford: “The labour movement should be congratulated for its history of opposing fascism and fighting racism. But there are shameful examples of where it caved into racial prejudice.” 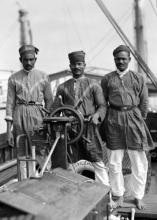 Wadsworth noted these included the three times during the 1890s when the Trade Union Congress passed resolutions calling for immigration controls. Also, the old seaman’s union supported discriminatory laws against lascars, Indian merchant sailors employed on British registered ships. Lascars had worked on the ships from at least the seventeenth century.

Though technically British subjects, special legislation deprived them of this status and restricted their ‘Britishness’ regarding employment to particular parts of the world and to a fixed proportion of the crew, except in time of war.

Moreover, immigration laws, much of it in force until quite recently, fixed wages and conditions at a much lower level than that for white British crew doing the same work.

Wadsworth noted Britain’s first immigration law, the 1905 Aliens Act, was brought in by the Tories to keep Jewish refugees from Eastern Europe out of the UK. Labour leader Keir Hardy and his handful of MPs opposed the legislation. But it was Harold Wilson’s Labour government that brought in the racist 1968 Commonwealth Immigration Act that took away British passports from 200,000 Kenyan Asians, barring them from entering the country. It was the same year Tory former minister Enoch Powell made his incendiary "Rivers of blood" speech against Black migrants in Britain. Smithfield meat porters and dockers in London marched in support of Powell.
Wadsworth said: "Tony Blair's Labour government brought in visas for Jamaicans and the citizens of other black countries in 2003."

He added: “Labour leader Ed Miliband didn't cover himself with glory over his ‘controls on immigration’ mugs, which many in the movement, including Diane Abbott, condemned.”

Wadsworth went on: “As a labour movement, we must be self-critical in the fight against racism and listen to Black people themselves in the way that has been done over the Windrush scandal and Grenfell disaster. Black people must be in the leadership of their own struggle, aided by genuine white allies, and the Black Agenda put into Labour’s manifesto. That’s the best way to build left unity” 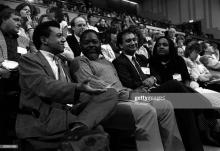 The Labour Party Black Sections brought out a ground-breaking Black Agenda document in 1988, a year after four of its members, Diane Abbott, Paul Boateng, Bernie Grant and Keith Vaz, made history by getting elected to parliament. The campaign’s successor, Grassroots Black Left, has published a revised version of the Black Agenda and submitted it to the Labour Party.

Wadsworth was expelled from Labour in April last year for allegedly bringing the party into disrepute. It followed a confrontation two years earlier with anti-Corbyn Labour MP Ruth Smeeth at the launch of the Shami Chakrabarti Inquiry into allegations of antisemitism and other forms of racism in the party.

Wadsworth raised the issue of the under-representation of Black people at all levels of the Labour Party at the meeting and Jeremy Corbyn agreed the party must do better. But right-wing Labour politicians, who ganged up on him - including, by marching on his disciplinary hearing - aided by their friends in the mainstream media, ignored the issue but made sure he was expelled. A journalist for more than 30 years, Wadsworth has always vehemently denied his exchange of words with Smeeth was in any way antisemitic. He only found out afterwards she is Jewish.

Since his expulsion, he has been doing a #Justice4Marc national speaking tour to clear his name and raised almost £3,700 to fund it, mainly from trade unions.