Council has ‘failed to protect residents’ on death trap estates 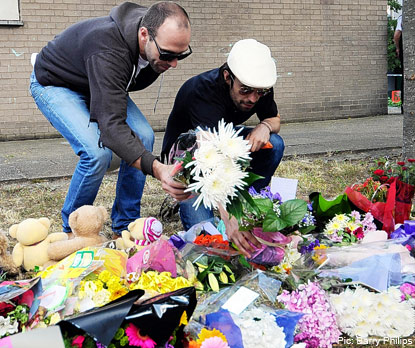 Scaffolding is up. The banging is going on and redemption work seems to be in progress. Efforts are under way to bring Lakanal House back to a life after a massive fire on July 3 which claimed the lives of six people, including a three- week-old baby and two other children.

Fifteen residents and a fire fighter were also injured in the Camberwell, south London inferno.

Yet it appears that the Southwark council are trying to take a cheap way out by patching up the building and sending the residents back to live in an unsafe environment. Initial preliminary findings of a detailed probe into the fire suggest it was caused by a faulty portable television, started in a flat on the ninth floor and moved rapidly upwards and downwards, spreading onto eight other floors.

Fire safety experts have revealed that the blaze could have been aggravated by sub-standard and potentially illegal renovations by  Southwark council, which is run by the Liberal Democrats in alliance with the Conservatives. It seems that the council has not learnt from this and they are still willing to put the residents’ lives at risk state some angry tenants.

The London Fire and Emergency Planning Authority has ordered Southwark to make a number of changes to Marie Curie House, the sister block to the 1950s built Lakanal House, Perronet House in Princess Street, Elephant and Castle, and Castlemead House in Camberwell Road.

Ian Wingfield, the Labour councillor for the ward which covers the estate where the fire happened and who has championed the case against the council made by residents, said: “Southwark has failed to provide official documents showing that they carried out adequate statutory fire risk assessments for Lakanal House. They were fully aware Perronet House was a medium fire risk as long ago as 2000, along with Lakanal House.”

He added: “The council seems more preoccupied with protecting its own reputation than protecting its residents. There are 230 similar blocks in the borough and I wonder how many of the residents are being misinformed about their safety.”

Hans Brettsehneider, a 51-year-old who lives nearby and has worked for a number of years in the area as a builder, said: “The block of flats were a death trap before the fire and now what was already a dangerous building will be a lot worse because of the huge amount of smoke and heat from the fire that has weakened and cracked the concrete.”

He added, grimly: “If another fire happened it would be an even bigger disaster.”

Ian Wingfield, also expressed his concern about the way the previous residents of Lakanal house have being treated. Tthey are having alternative housing forced upon them without a right to refuse, even if affordability is an issue or conditions are inadequate. Rent arrears and council tax payments are also to be deducted from any future payments.

Southwark council communications department, which handles media enquiries, refused to comment on the safety issues raised with them by The-Latest. Instead they referred us to the council's website where the most recent update on the fire was made two weeks ago.